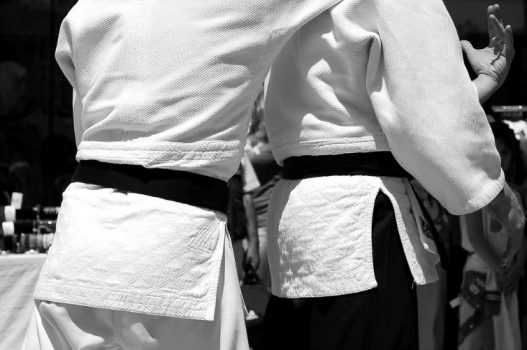 If modern Russia’s past was solidified by one mobilisation, its future may yet hang on another. Putin has broken yet a further promise to the Russian people and announced the first mobilisation draft since the Second World War (or the ‘Great Patriotic War’ according to Moscow), a tacit admission that the war is going badly; and, in a week that has also seen the sacking of the military logistics chief and a return to the nuclear rhetoric, this famed judoka is, if not on the mat, then supremely unbalanced. But such events also compel all sides to think about the long-term future. As both Russian woes and the East-West schism deepen and continue apace, consideration needs to be given to whether these are permanent – and what the consequences might be.

The import of the mobilisation, for ordinary Russians, cannot be overstated. For six months, this was a war at a (literal) distance, not only in terms of how manufactured the official government narrative was, which relayed only the good news, but in that it had little impact upon the lives of the general populace if one discounts the economic sanctions (which were either circumvented or shrugged off, as appropriate). Now, though, with at least 300,000 men being drafted, and speculation that the real aim is to reach one million conscripts, the war is a very present aspect of Russian life, and not one that has gone down well. Already there has been a resurgence of anti-war street demonstrations by incredibly brave protestors, and active repudiation of the draft to the very officials responsible for enforcing it. But the biggest sign of discontent is the fleeing of millions of eligible men out of Russia by any means possible within minutes of the mobilisation announcement, surely something which cannot be spun or manipulated even by the Kremlin. Fears now of partial or complete border closures renders the stated liberation/unification aims of the war absurd: if you have to close your nation to prevent your countrymen fleeing the regime, how can you conceivably hope to encourage others to become part of it?

And yet, such measures are necessary because of the failure to successfully prosecute the war to date. Whether this is a failure of intelligence, or practicality, is an interesting question. Certainly, the Kremlin launched the invasion seemingly expecting the Ukrainian military to provide little resistance and the Ukrainian citizens (particularly those in the eastern region) to welcome the Red Army as liberators and was wildly wide of the mark in both.

As early as April, Putin sacked several high-ranking FSB officials and cast another into prison – officially on charges of treason, but a lashing-out at perceived failure can never be discounted. And now, deputy defence minister Dmitry Bulgakov, a Putin loyalist and logistics chief, has been fired as Russian advances in multiple areas have completely halted due to insufficient or non-existent supplies (so much so that Iran and North Korea have been asked to provide material support). Additionally, tensions with Defence Minister Sergei Shoigu (who himself strangely disappeared from public view during the early months of the war) are said by insiders to be at ‘boiling point’. The picture painted is of a leader who increasingly mistrusts or repudiates those closest to him, who is either not being told just how badly matters are proceeding or is directly responsible for the same, and who has dwindling support both domestically and externally. While the Kremlin may dismiss the nationwide protests as an ant having a quarrel with a boot, the lukewarm nature of the meaningful international support is not something that can be so easily ignored.

In the short term, everything comes down to the consequences of the ‘referendums’ carried out in the occupied regions of Ukraine (Kherson, Zaporizhzhia, Donetsk and Luhansk) – all seeing frontline fighting and none even close to being capable of safe and secure politics. The results, as with the Crimean ‘referendum’ in 2014, are foregone conclusions; what matters is the response. If Russia formally annexes the territories, Putin’s internal case for Russia being ‘attacked by the West’, in terms of the supply of weapons, takes on a greater dimension as the West would be seen in his eyes as moving from defender to outright aggressor. If the West, which will obviously not recognise any such annexation, pulls back, then Putin’s work is being done for him and renders obsolete all the help given and lines held thus far. Escalation is the only outcome – but whether this is through increased sanctions, military efforts or even a nuclear strike, is still impossible to predict.

What is certain is that relations between Russia and the West may be fatally wounded. It was only a decade ago that Hillary Clinton and Sergei Lavrov pressed a symbolic ‘reset button’ on American-Russian relations, but now seems like a lifetime. Continuing to engage with Russia on any political or economic basis while the war goes on is surely an act of moral outrage; and even if Putin decides that the annexation of the eastern provinces is sufficient to halt the direct military action, going back to ‘how things were’ and just glossing over the suppression of a foreign country is not enough. To its credit, perhaps mindful of how little substance there was in the reaction to the annexation of Ukraine’s Crimean peninsula in 2014, there is no suggestion thus far that America and Europe are thinking of doing this. The increasing economic and transitory sanctions against Russia and the dedicated efforts to remove the oil & gas catheter from the West’s veins is proof of that.

But this means that Russian efforts will be redoubled elsewhere to strike back: whether this be in further devastating cyber-attacks and online manipulations of political & social discourse, increased use of shell companies and proxies to move criminal gains away from the eyes of the law, or deep-rooted and concerted attempts to fund political and economic causes to their own advantage. This is the new normal – and companies and governments alike must be hyper-aware that Russian infiltration and deception will affect them long after the war in Ukraine is over.

So where does this leave us? Putin is facing increasing discontent domestically and is not getting the international support he might expect; Russia’s military and logistics failures show no sign of abating and neither does the Ukrainian fightback, and the West is committed to a program of sanctions and support that arguably needs to persist not only beyond the end of the war or even beyond Putin, but until the entire Russian dictatorial, ‘New Soviet’ system has been entirely dismantled. Such an argument might fan the flames of Putin’s argument that Russia is facing an existential threat from the West, but this is not true – only his version of what Russia is, rather than what it could be. But if not even the fleeing of his own people nor the prospect of turning Russia into a ‘hermit kingdom’ akin to North Korea is enough to mark the beginning of the end for Putin – and so far there is no solid indication that his position is anything other than secure – then conviction is redoubled that this schism is as permanent and long-lasting as it can possibly be at the present time. And while the invasion of Ukraine may be a short-term tactical failure that has thrown Putin off balance, the long-term efforts to infiltrate, manipulate and control business and political trends in the West is very much a long-term strategic success. While the world has been watching Putin play judo, we should not forget that the game at which Russia truly excels is chess.