A right Royal case of espionage 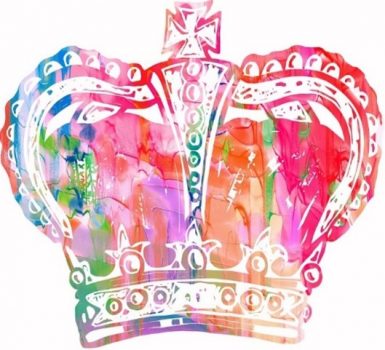 Royals and espionage have gone together ever since Sun Tzu’s identification to his royal masters in the 4th century BC, of the three different types of intelligence agents he deemed necessary for subsequent military success. In the centuries since, we have seen Julius Caesar’s creation of a spy network to keep track of all the plots against him, Francis Walsingham’s devastatingly effective work in the service of Elizabeth I, and the original establishment of modern British intelligence as essentially a mechanism to keep Queen Victoria from being assassinated. But there have been a few occasions where royals themselves have dived into the secret theatre…

Queen Moremi of the Yoruba was a 12th-century monarch in the Ife kingdom whose people were under frequent attack from the neighbouring Ugbo, or ‘forest’ tribe, and their spirits that were feared unkillable. On one raid, she allowed herself to be captured as a slave, and (it is said) so entranced the forest leader that he made her his own wife, unaware of her royal status already. From such a privileged position, not only was Moremi able to gather intelligence as to the secrets of the Ugbo’s military success (they were not in fact spirits, but men wearing cloaks of leaves) she was able, crucially, to leave the camp unchallenged and make it back to the Yoruba with her secrets. The Ife kingdom then attacked the forest dwellers with fire arrows, exposing the disguises and winning a mighty victory, all based on the intelligence that Moremi had provided. She resumed her position as Queen and a statue of her can be seen today in Ife state, the tallest in the country.

Queen Victoria herself understood the expediency of political alliances, which is why she did an extremely thorough job of marrying off her children to various European royal houses. However, this was not only a dynastic move, but an intelligence-driven one. The children would be able to pick up on court gossip, rumours and private affairs occurring across the continent in which Britain would be interested, and all they had to do was write letters to their mother and pass it on. One daughter, also called Victoria, who married Frederick III of Germany, was so successful in this that she felt the need to encrypt her letters, making her mother a forerunner of the great British cryptologists.

Matters did not always turn out so well. Yoshiko Kawashima was a Manchurian princess but was raised in Japan and became a spy for the Japanese Kwantung Army. Throughout the 1930s, she was responsible for eliciting information from Chinese military officers stationed in Shanghai and passing this back to Tokyo, and had a key role in persuading the ‘Last Emperor’, Pu-Yi, to become a Japanese-controlled puppet ruler in Manchuoko state. She was known as both the Joan of Arc of Manchuoko, and the Mata Hari of the East. However, her fortunes and successes slid as she became addicted to opium, and Kawashima was executed as a traitor in 1948 at the end of the war.

Lastly, there was the genuinely tragic case of Noor Inuyat Khan, an Indian princess whose family had fled to England from France following the Nazi invasion and who joined the infamous Special Operations Executive in 1943, being parachuted into France as the first female wireless operator behind enemy lines. She refused an offer of extraction following the exposure of all other operators in Paris and continued to work in extreme danger for three months, far beyond the expected ‘life’ of any person in her position. She was eventually betrayed to the Nazis and shot at Dachau camp, with her courage and work ‘at the most dangerous position in France’ earning her a posthumous George Cross.

The stories of all these women prove that the line between royalty and espionage is not strictly a one-way relationship, and confirm that the question ‘And what do you do?’ can sometimes have the most fascinating answer…