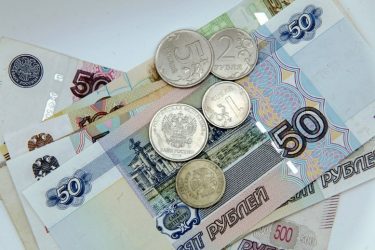 The list of sanctions against prominent Russian figures grows ever longer. In addition to the ‘usual suspects’ of high-ranking political, economic and military figures, the consequences of the war are now becoming a family affair, with Putin’s two adult children and the daughter of Foreign Minister Lavrov included in the latest round for the first time. Whilst it is encouraging that the net is being thrown ever wider in punishing Russia for its atrocities in Ukraine, as always in these situations there is a slight danger that ‘sanctions’ are seen as an acceptable substitute for more meaningful action, and serve to gloss over the inherent problems that still persist with holding the guilty to account.

Sanctions on Russia fall into three main groups. The first is political, directly targeting key individuals such as Putin and Lavrov who bear key responsibility for the conflict. The second is functional, forbidding Russian airlines from foreign airspace or banning certain imports/exports. And the third is prohibitive, a broad sweep of sanctions on corporate individuals and institutions, such as oligarch Oleg Deripaska or Alfa Bank, to cut off the economic (not to say criminal) reach of the elite. Certainly these have had an effect – the Kremlin, not normally known for admitting to either failure or reality, has confessed that Russia is looking at ‘the worst economic outlook in decades’ without considering the degree to which this is entirely self-inflicted. And as a means of conducting what is arguably some form of warfare in a way which does not mean the missiles start flying worldwide, there is much to like.

However, there is a risk (particularly as the sanctions grow broader) that they bring with them a sense of complacency, and it is largely with the third ‘prohibitive’ group that we concern ourselves, that which is most concerned with the corporate world. Nobody would argue that Deripaska, Sechin et all are worthy of sanctions but this is not the only metric by which individuals and companies should be judged, nor is it ultimately enough of a block to the determined criminal. All too often, sanctions lists and other open databases of known issues & threats are taken as ‘the whole truth’ necessary to know about potential partners or clients in due diligence and anti-money-laundering, and the assumption is made that if your party is absent from these, then the risks and threats posed are minimal.

Nothing could be further from the truth. All such public lists and databases are predicated on what is known, and cannot take into account that which has been deliberately and carefully concealed and is therefore unknown. An oligarch might not be on a sanctions list, but that does not prevent him from being Politically Exposed or from having a criminal history that has passed below the radar. Moreover, such individuals and entities tend to take pre-emptive action in ‘preparing the ground’ so that they are either not sanctioned due to lack of evidence, or remain able despite their change in status to operate as ultimate beneficiaries/controllers through complicated webs of shell companies and nominee directors. Some set up veritable ‘Russian dolls’ of obfuscation – remove the trust and you find a shell firm, remove that and you find a nominee director, remove that and you find an offshore jurisdiction… all designed to stop you from finding the truth. This is not a problem of course if, mollified by a particular entity’s non-appearance on a sanctions list, no further checks are done. Moreover, lawyers, accountants and officials have between them turned avoiding and evading sanctions into its own cottage industry.

The upshot of this is that while sanctions are a necessary weapon in geopolitics and a pointer for businesses as to an obvious red flag, they by no means tell the full story and for the business community to rely on them as a crutch, just as governments do to portray their activity in a crisis, does a disservice to both groups. Only deep and extensive due diligence can present the true picture and help identify where the real threats lie.