A view to a chill: Russian relations getting worse? 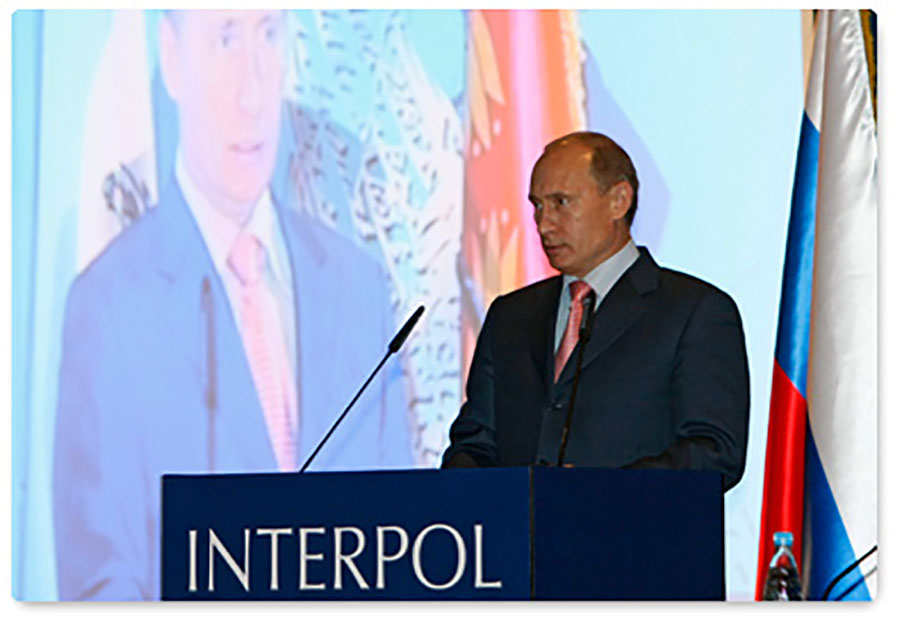 The 194 representatives of Interpol’s member states met last Wednesday for the annual congress in Dubai during which they elected the new President of the organization, the South Korean Kim Jong-Yang. The other potential candidate was the Russian Alexander Prokopchuk, but Western states were strongly opposed to his nomination due to the current nature of East-West relations and a fear that to give Russia untrammeled power is a mistake.

Yang was elected to replace the previous president, Meng Hongwei, who first went missing and then resigned in September as a result of corruption charges for which he is currently under investigation in China. Yang had been vice-president for Asia and was already the acting president since Meng’s disappearance. He will serve until the end of Meng’s mandate in 2020.

The losing candidate, Alexander Prokopchuk, is a veteran of Russia’s security services, general of the Interior Ministry and already Interpol vice-president. At the prospect of his being elected, Britain, the US and other EU nations expressed alarm; Lithuania even threatened to leave Interpol if Prokopchuk had won.

Prokopchuk himself has been personally involved in allegedly criminal dealings and intimidation strategies, and putting him in charge would have increased the chances of abuse of Interpol by Russia, especially through Red Notice requests – a typical Interpol mechanism that automatically puts a suspect on the world most wanted list. The British raised similar requests as a result of the Salisbury poisoning.

China as well as Russia have abused red notices in the past to go after critics and political opponents. By electing Prokopchuk, an individual widely known to have close ties to Putin, the other member states would have legitimized Russia to use these notices indiscriminately for its own interest.

British financier and long-standing Putin critic, Bill Browder, has openly denounced this practice, being himself a repeated victim of this system; the Russians raised notice requests on him multiple times and even arrested him earlier this year. There would certainly be precedence for Russian abuse of the system – perhaps to the extent, as preferred by the Kremlin critic that this would be like “putting the Mafia in charge”.

Once Putin’s associate, Browder fell out of the Kremlin graces in 2005 when they started seizing assets of wealthy businessmen. He was then deported. Browder’s lawyer, Sergei Magnitsky, the whistleblower, was arrested and died in prison. As a result Browder started his campaign against the Kremlin and its illicit dealings, leading to the creation of what is called the Global Magnitsky Act, a legislation which bars entry and freezes assets, now applied on 44 individuals.

Russia rejected the accusation of misbehavior and in return it accused critics of interfering in the electoral process and of running a campaign aimed at discrediting its candidate. The irony should not be lost on anyone. Although a very necessary move in theory, in practice it will not have drastic consequences on Russia and its ability to prosecute dissidents because bad actors will continue to operate, just more discreetly. The risks – and the need to adequately protect against them – are therefore heightened.

At the moment the rivalry between Russia and the West has risen recently over the past year and shows no sign of calming. The relation has never been positive but in the past year it has escalated till it reached a new low as a result of the Salisbury poisoning and the various state-sponsored cyber operations. It is widely acknowledged that the country is intrinsically corrupted in its nature and very unlikely to change. The past year has seen a general insurgency against Russia; finally the West is openly restricting Russia’s ability to act unilaterally.