Africa and Russia: It takes two 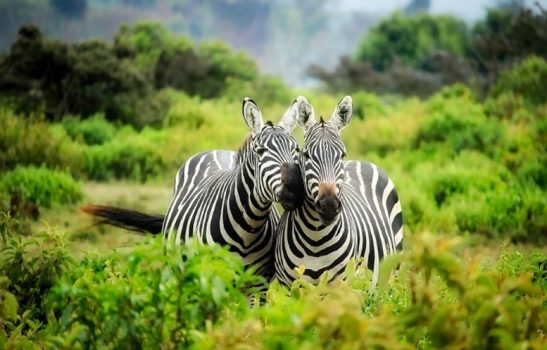 While most of the world has condemned the Russian invasion of Ukraine, one region has been far less forthcoming than most in registering its opposition. This is Africa, where half of the continent’s representatives in the UN failed to support the initial resolution demanding an immediate end to the invasion and from which condemnation has been extremely muted since. The concern for the world is not only why Africa is pursuing this path at odds with the prevailing attitudes, but of the consequences in a global environment when so much is already being reshaped.

Firstly, there are political arguments to be dealt with. Many African leaders see the Ukrainian problem as a geographic one that they can have no possible influence over, nor benefit from, by interfering. Some – including the South African President – have openly stated that NATO is to blame for the conflict, and the organisation (and the perceived Western attitude of telling other nations what to do) have both come in for sustained criticism across Africa for a number of years. And of course, in a continent with a long tradition of strongmen, many leaders see more in Putin of themselves than others would like.

But of course, in the end, it comes down to money, power and influence, and the calculus that multiple African states have made is that they are better off with Russia in their corner than they would be with Europe or America. It is certainly true that Russia has fed the African continent for some time now (with 44% of wheat imports coming from Moscow or Kyiv, with the latter being very much ‘not an option’ for the foreseeable future), to the value of $5bn USD between 2018 and 2020; and with poverty and hunger so rampant, it is understandable that African leaders feel they cannot turn the food supply off. Russia is also supplying fertilizer and agricultural know-how to assorted African states, and in a climate of uncertain supply chains and rising prices, the adage to stick with ‘the devil you know’ seems an appropriate one, particularly when it seems inappropriate to condemn Africans to further suffering purely as a result of Russia’s aggressive antagonism.

However, the relationships are not always altruistic. Russia has military cooperation agreements with Nigeria and Ethiopia – two nations where human rights abuses against minorities and opposing forces are rife – and mercenaries from the secretive Wagner group are deployed across the Sahel and have been responsible for their own share of questionable practices. Before the war, 20% of the arms Russia makes were sold to African nations. With human rights being so often an ‘optional extra’ across the continent, Russia and Africa find themselves of one accord with military action and weapons sales, just as much as they do on food and other developmental issues.

There is also a widespread grievance across Africa that the West is growing more content to leave the continent behind: not only in throwing all its economic and political capital to fix a ‘European’ problem rather than helping Africa solve its own, but in attempting to impose what it can and cannot do – for example, warning the continent from exploiting its oil & gas resources in the name of climate stewardship, while embracing Saudi and Venezuelan oil as a replacement for Russian supplies, which shows (it is argued) an ongoing misunderstanding of, or uncaring attitude towards, the lives of ordinary Africans for whom such development may be the only way out of poverty.

All of which is pushing African nations towards closer alignment with Russia as the primary country offering support and a focus for the future, with profound consequences for the West in both political and economic terms. If one accepts that the world is becoming more bifurcated politically, with ‘the West’ on one side and China and Russia on the other, Africa being pulled into the latter camp makes global negotiations, resolutions, and engagement, difficult. As for economic issues, Russia can expect to gain advantage on new contracts, not only for infrastructural development, but on key extractive and resource projects, both pushing Western firms out and enhancing Russia’s soft power and influence across Africa to its ultimate benefit. It has long been held that Western firms operating in Africa have faced a raft of Chinese ‘dirty tricks’ by a state keen to keep hold of its own dominance; now, the same can be expected from Russia as well.

For Russia, parlaying the Ukrainian invasion into its wider African strategy has been a stroke of genius: foment long-standing tensions between Africa and former colonial masters, offer literal lifelines in terms of fuel and fertilizer while Western aid is focused in its own backyard, and increase its own influence and views with the chance to impose these while Europe and America flail. The long-term issue for the West is not so much how they can pull themselves back into contention in Africa, but whether it is already too late.