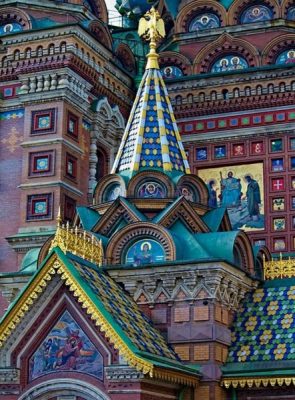 Just as the Covid-19 pandemic imposed the phrase ‘the new normal’ into peoples’ vocabularies, Putin’s war may yet reinforce it. An iron curtain of cultural boycotts and political opprobrium has already descended on Russia, with economic sanctions already being among the strongest, and most unified, in history. The operating environment – not only within Russia itself but through all aspects that Russia affects – will be forever changed; and just as with Covid, there is the slimmest of chances that this change will be for the better. But as with the evolving strains of coronavirus, the ’new normal’ created as a result of the war will be somewhat alien and uncomfortable, and the worst of it is that humanity may yet learn nothing at all.

The impact of coronavirus must not, and cannot, be underestimated even in light of Russia’s ongoing atrocities in Ukraine. A two-year period where foreign travel (and much domestically) was all but forbidden, where people’s lives were put on hold, and where businesses had to find new methods of succeeding when distancing and lockdowns created the harshest economic conditions for generations. Gradually, the shape of our future became clearer, whether this was in the new reality (such as instant lockdowns) or practicality (hybrid working and the ubiquitous Zoom call). The world wasn’t quite what it was, but we found a way through, not just to survive, but to thrive.

And then comes the Russian invasion of Ukraine and the sense that this is another ‘sliding doors’ moment barely a year after the last one. So far, much of the world has been united in its opposition to Russia’s pugilism, instituting everything from ballet boycotts to full-on sanctions against Moscow’s foundational institutions. But in the face of increasing aggression (some might say desperation) from Putin about the degree to which these measures constitute acts of war, now is the time to once again, collectively not back down in the face of the threat but to meet it on its own terms and accept social and economic changes as the price that must be paid to meet the new way of living. It simply cannot be imagined now that these measures will be lifted or even reduced, all the while the invasion continues, and Putin remains at the helm. Therefore, the way of the world is going to have to change.

Already, there has been a great deal of introspection about the degree to which the Russian political and criminal elite have sunk their claws into Western democratic societies through institutions, finances and influence, and a growing sense that this is a matter that must be addressed all the while that Russia is regarded as effectively a rogue state. But this line of thought must be followed to its other end, too – the business done in Russia and for Russians, which might now be charitably said to be ‘contentious’ and uncharitably, to be directly propping up the regime.

What would this mean in practice? Certainly, there is a school of thought that argues against any association with any Russian entity, on the understanding that the tendrils of political corruption and organised crime run so deep that these are unavoidable despite the best intentions, and that only a message delivered in the strongest possible terms – complete and utter disassociation – will have an effect. But even if this does not happen, there are considerations at every level. The use and choice of a krysha, a political figure chosen for their ability to open doors and provide protection, will now spark fears of making a company reliant on a Politically Exposed Person. Ongoing partnerships in key oil/gas industries could give greater concern about colluding with the corrupt figures that always orbit the most vital of industries. And scoping exercises aimed at establishing a company within the Russian market for the first time, drawing criticism for choosing this particular environment when the record of human rights abuses and immorality on the part of the political elite (that body which out of necessity, all serious business must run) is so plain. All that is sure is that business in Russia cannot, and perhaps should not, go back to how it was, and that the ‘new normal’ must be built on a far stronger platform of diligence, scepticism and self-reflection about the value of Russian business and connections. Not only how these are done, but whether they should be at all.