“And every tale condemns me for a villain…” 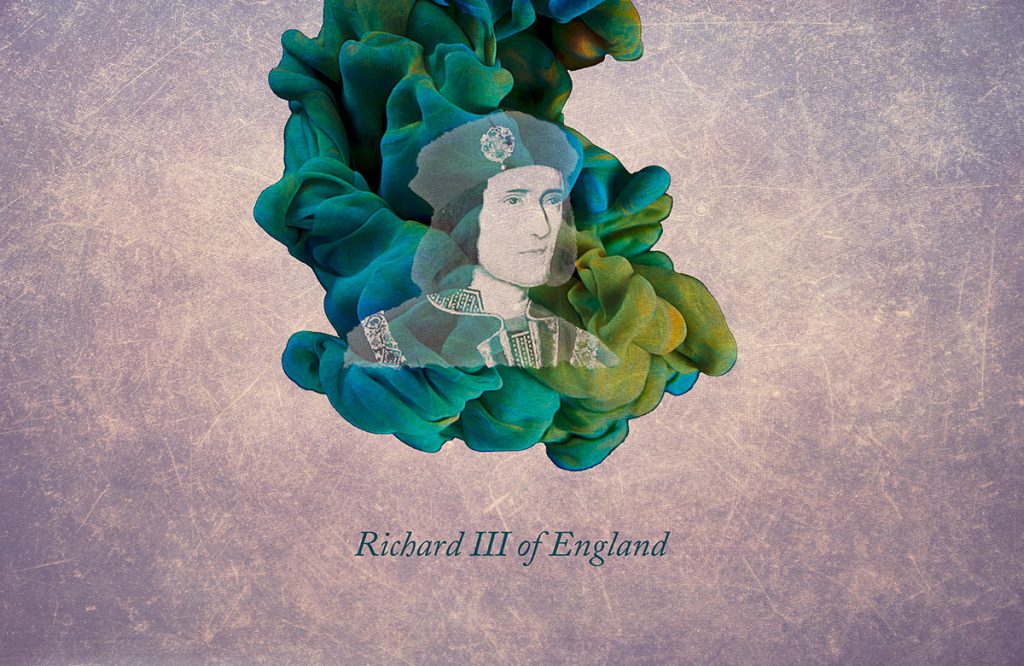 We all know Richard III – or at least we think we do. The hunchbacked, kin-murdering, usurper king of England thrown down by Henry Tudor, Earl of Richmond to end the Wars of the Roses and usher in the glorious era of the Tudors. But a growing body of historiography is now putting forth a very different view of the last Plantagenet, forcing a reassessment of not only what we think we know about Richard, but about why we have been conditioned to think that way. As is common, the record is not always what it seems, and one’s image will often unfairly inform one’s reputation, despite what the actual truth may be.

The image of Richard III as a cackling, deformed villain as described above is of course drawn from Shakespeare, whose play of 1593 has done more than any firsthand source to cement the public perception of the Yorkist king. Richard is presented in the work as a character entirely lacking in morals or good qualities, far past the point of being even a sympathetic antihero. But this, of course, was entirely the point.

The Wars of the Roses had ravaged England for thirty years in the 1400s and the rival claims ultimately amounted to two: Henry Tudor on the Lancastrian side, and Richard III on the Yorkist. The Battle of Bosworth Field in 1485 saw the Lancastrians victorious and Richard slain. When Henry took the throne as Henry VII, he had a vested interest in portraying Richard (and by extension any remaining Yorkist claimants) as thoroughly evil and to solidify the righteousness of his own Tudor dynasty. This, too, was the context in which Shakespeare was writing a hundred years later: although the Tudors had ruled for a century, Elizabeth I was unmarried, well past childbearing age and there were questions circulating as to the future of the throne. By staging a play hymning the Tudor patriarch and reaffirming the Lancastrian line over the Yorkists, Shakespeare was not only being politically astute, he could also (as a young playwright) make a name for himself as a writer who can be trusted not to ‘rock the boat’.

Which means that, although Richard III remains an enjoyable play, it must be considered as a piece of Tudor propaganda, written (even if indirectly) to put forward a view of its titular king that the Tudors wanted to reinforce. Surely not even Henry VII himself could have predicted the scale at which this would happen; even after the throne had long passed beyond the grip of the Tudors, Richard III’s name remains a byword for venality and malice, and a figure of mockery.

The trouble is, there is not a lot of evidence to back this up. While Shakespeare’s play drew upon some proven facts of Richard’s life, all are characterized so as to damn Richard and leave no room for doubt. It is a character assassination with iambic pentameter the blade: the equivalent of constructing a modern-day news article about an individual and drawing the wildest, most egregious conclusions from only a handful of (distorted) facts. For what it is worth, the hunched back is now believed only to have been a mild curvature of the spine and unlikely to be worthy of comment in its day – but it makes Richard seem even worse, so it permeates the public consciousness and, in the end, becomes the story.

Even the most infamous incident in Richard’s life, the disappearance of the Princes in the Tower, has long been ascribed to him without what we would term ‘hard evidence’ or indeed, perhaps, careful analysis of the environment. Richard had succeeded in nullifying the claim of the boy known as Edward V by declaring that his mother’s marriage to Edward IV was illegitimate (he may have had a point on this ) and thus their descendants had no right to inherit. Richard, as brother to Edward IV, was ergo the heir. He had achieved his aim via peaceful, political means: why risk martyring the children, and having himself cast as a murderer of his nephews? Far better surely to give them land, or exile, on an oath to never revolt against him. (And as Henry VII proved when Perkin Warbeck, claiming to be the younger of the Princes, rode out against him in 1497, you can kill them in battle if necessary and still be seen as just). Indeed, the need of Henry and his mother Margaret Beaufort to remove the Princes was far more acute: the public loved the Yorks, and might tolerate Richard, but the Tudors were drawn from Welsh sheep-farming stock and would lack credibility next to any son of Edward IV. Wiping out all possible contenders was the only sensible thing to do (particularly as the act of illegitimacy was repealed as soon as Henry VII took the throne, to make credible his marriage to Edward IV’s daughter and unite the houses under the Tudor Rose). And if rumours are then circulated that your deposed enemy was a big enough monster as to have his own family murdered, then so much the better.

We will never know for sure. But it fits Henry VII’s narrative, and Shakespeare’s, and even ours, to imagine that the ‘good’ king triumphed in the end, and to imagine Richard as someone who is, in the playwrights’ words, ‘determined to play the villain’. It is an object lesson in not only buying into the bias and constructed narrative of a single source, particularly one who was not even alive during said events, but also in allowing construction of a narrative and perceptions about someone’s character and actions to override logical, thoughtful deduction of what may have actually transpired and to form your own conclusions about the difference between how people are portrayed, and how they actually are. ‘To seem a saint,’ Richard says in the play, ‘when most I play the devil’. In this regard, Shakespeare was absolutely correct.

1 It is possible that Edward IV may have already been married to Eleanor Talbot, and thus was not free to marry Elizabeth Woodville. There were even claims that Edward himself was illegitimate and not the son of Richard of York. The historical record remains unclear on both points.