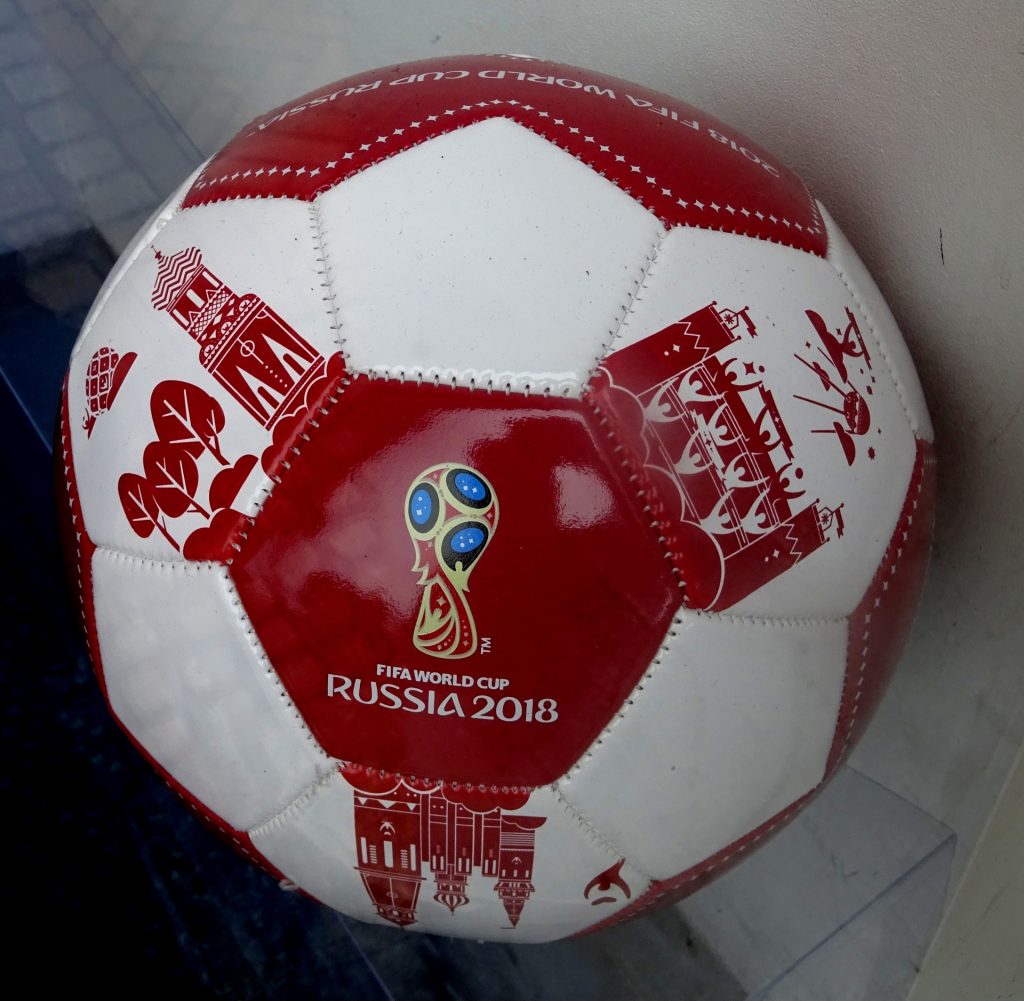 Whether you are singing le football rentre a la maison or nogomet se vraca kuci, or the original under your breath: however many years of hurt your country may have, football will be going somewhere. Whether ‘home’ or not, rather depends on your geography. But while variations on that theme will have been heard throughout the land, something you may not have heard indicates that football has its fair share of dirty tricks and is just as much at threat as traditional corporations.

Much was made in the Group Stage of the ability of the Nigerian goalkeeper Francis Uzoho, just nineteen years of age. Except, according to local African media, he has a seventeen year old son. A harmless mix-up? Perhaps, but this is hardly the first time the Nigerian team has been caught up in controversy. The 2015 U-17 World Cup squad – which won the tournament – had twenty-six players deemed ineligible after MRI tests determined that they are not, in fact, under 17. While Uzoho’s ‘football age’ might not in itself have a knock-on impact, illegally fielding half an ineligible team to glory certainly would. Whether this was intentional or not, this is just one of multiple occasions in the beautiful game where things are not as they seem.

One might recall, for instance, the curious case of the striker Ali Dia, who got a professional contract at Southampton on the strength of a recommendation from former Player of the Year, George Weah. ‘George Weah’ in this case turned out to be a university student and friend of Dia’s, and the player who had supposedly been capped 13 times and played for PSG turned out to play like ‘Bambi on ice’. Southampton however considered due diligence on either ‘Weah’ or Dia unnecessary and saw the fruit of their decision when Dia suffered the ultimate indignity: being substituted as a substitute. He had played just 53 minutes.

Or Carolos Henrique, who spent over twenty years from 1980 bouncing from club to club around South America, using a combination of friends in high places and fake injuries to consistently get given well-paid contracts at clubs, without ever having to play competitively. Henrique was also notable for forging close friendships with journalists, who would happily spin whatever supporting stories he wanted in the press. While excelling in initial training, on match days he would always develop unfortunate hamstring injuries – difficult to detect and treat at the time – and would be released on medical grounds after a few months, whereupon he would go to another club and start all over again.

Or one who didn’t have as much luck. In 2005, Matteo Colobase of the Italian Football Federation (who did not exist) touted around the exciting young prospect Alessandro Zarrelli (who did exist), claiming an extensive youth career at clubs including Rangers FC and Sheffield Wednesday (neither of which he had ever visited). Zarrelli got a few short-term contracts but the clubs in Ireland conducted sharper background checks and he was quickly exposed as someone who ‘couldn’t play to save his life’. Eventually exposed on television in 2006, he admitted the deception and is now carving out an honest career in non-league.

There is of course a genuinely darker side to footballing fraud: where so much money is involved, bad actors will try to take advantage. For instance, when Manchester United attempted to sign Ander Herrera from Athletic Bilbao in 2013, three lawyers approached the headquarters of the Spanish football league La Liga claiming that they had United’s authorization to agree a £30m buyout clause. The only problem was, United had never sent any such lawyers and had reached no deal with Bilbao. Who were these impostors? Were they attempting to force through a deal? We may never know. Or consider the unfortunate decision of Lazio, in March of this year, to transfer two million Euros to ‘Feyenoord’ in relation to an earlier transfer – but with the real Feyenoord club not involved at all.

The core of these stories is not new, and nor are the advisements: a lack of due diligence can have serious consequences and no decision should be made on gut instinct or surface evidence. But they illustrate that these problems are not just confined to the strictest corporate sector – and indicate that wherever there is opportunity, there will be mendaciousness. After all, many things are faker than a Neymar penalty claim…