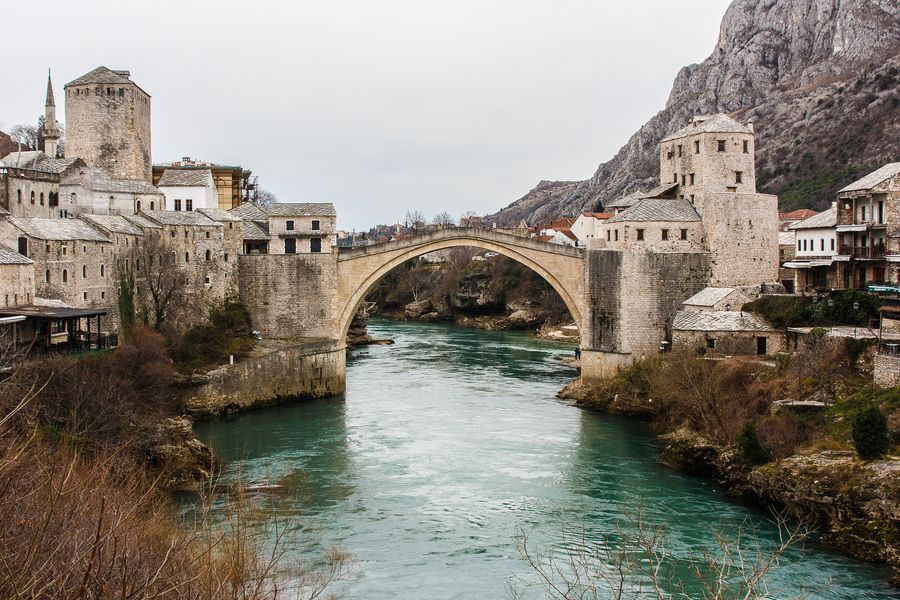 The delicate peace and settlement that followed the last major “boots on the ground” conflict in Europe, the Bosnian War, has begun to unravel. Since the Dayton Accords of 1995, which ended the hostilities and created Bosnia and Herzegovina, composed of two distinct power-sharing entities, the largely Serb-populated Republika Srpska and the predominantly Croat-Bosniak Federation of Bosnia and Herzegovina. The divisions between the two have always run deep, but the last year has seen an acute acceleration in the degradation of ties and even outright sedition in certain quarters. The idea of a “Greater Serbia” still looms large in the eyes of many.

Milorad Dodik, the Bosnia Serb leader in Bosnia\’s three-person presidency, has repeatedly threatened to break away from the rest of the country and has consistently agitated, through the media political process, to do so. Little international coverage has arguably encouraged him. Last month, he stated his intent to withdraw the Bosnian Serb elements of the armed forces to create an independent force. He recently denied that the genocides of the 1990s, such as that at Srebrenica, ever occurred, thereby incurring the wrath of his Bosnian counterparts, as well as the international community, in what he knew were inflammatory statements. These activities focussed on undermining the status quo, also cover the country’s joint medical agency, judicial structures, and tax administration, triggering growing concerns that Republika Srpska could secede from the rest of the country.

Christian Schmidt, the High Representative for Bosnia and Herzegovina whose office implements the Dayton Accords, recently warned that there is a “very real” prospect of a return to conflict. Of late, his presence has repeatedly been used as a political piñata by Dodik and other key players, further denigrating the impartiality and oversight that was seen as essential for peace three decades ago. Additional international peacekeepers will likely be sent to stop the slide towards a new war. Although Dodik has repeatedly stressed that there will be no war, and that “the threat of force cannot solve any problem”, the reopening of the comparatively recent wounds of only a quarter of a century ago will inevitably have a destabilising effect.

Not least because there are a number of major international players who would love nothing more than to retain or alter the status quo for their own gain. Their weighing in will only serve to complicate matters. Turkey, a neighbour all too ready to expand its sphere of influence into South-East Europe, has offered to mediate. Dodik visited President Erdogan and rowed back on some of the more bellicose statements while his Federation counterpart has also expressed a willingness to sit down and talk. So far, so good. But these diplomatic niceties may not last long. If Dodik does not get want he wants however, which in his eyes is the removal of the law legally recognising the genocides of the 1990s and a return to the “original” Dayton Accords, then all hell could break loose. Turkey, a longstanding supporter of their Bosniak “brothers” would be no great political loss to the Republika Srpska.

Their longstanding allies, Russia and Serbia, are guarantee of that. Russia especially has a vested interest in keeping these allies right in amongst the European members of NATO, strong. They even refused to support Schmidt’s appointment as High Representative over the genocide dispute. Russia, Turkey and even China, will naturally seek to involve and ingratiate themselves, just as the West will seek to stabilise and retain the status quo. Dodik has also found support from Hungary, another regional antagonist. President Orban has become a specialist in agitating and playing up issues in order to rally support at home, while receiving concessions abroad. This abrasive style of politics is on the rise across Europe and should set alarm bells ringing – In such a charged environment, business interests will need to be increasingly wary of regional and national fractures and the subsequent effects on economies and trade.

Neither Serbia nor Bosnia are EU members, yet this new issue could dwarf the mounting issues confronting the block this year. The issues on the Belarus-Poland border, Poland’s dismantling of its own democratic institutions, the Northern Ireland protocol, the long-awaited COVID economic package, the suspension of Nordstream 2, a new migrant crisis and the imminent loss of Merkel, have all conspired to leave the EU on the back foot, just as Brexit finally started to move into the rear-view mirror. However, along with the UK and US, they have woken up to the possible threat, agreeing short term compromises, whilst promising firm action if Dodik continues to move for further separation. Business interests across Europe would be wise to follow developments.

Whilst imperfect, the majority opinion on all sides credits; is that the current consociational (“relating to or denoting a political system formed by the cooperation of different social groups on the basis of shared power”) government in Bosnia is rightfully credited with ending the violence and ensuring the following peace. If it were to fail, it would have profound consequences, not just for the region, but for all Europe – any major shift would have far-reaching ramifications.

Short term fixes are all well and good, but long-term political oversight and economic development will be required to keep groups from venting their grievances in the same ways as the past.