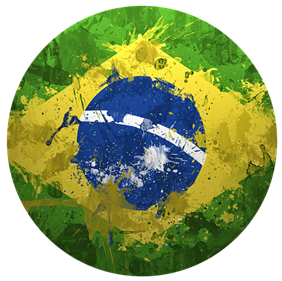 Although according to its national anthem, Brazil’s future ‘mirrors greatness’, the country presently finds itself looking to the past, in more ways than one. After four years of rule by the right-wing Jair Bolsonaro, this dictatorial populist lost by a margin of just 1.8%, the thinnest in Brazil’s history, to Lula da Silva – who was President himself between 2003-2010 and whose return to the top job completes a remarkable political comeback. But as notable as Lula’s personal narrative is, it must be applied to the nation as a whole. Is this the moment where Brazil merely re-establishes itself on the world stage, or takes a step forward to lead – and what form of ‘greatness’ might lie in its future?

The difference between Lula and Bolsonaro, and their respective offerings, is stark. Lula (who was Brazil’s first working-class President on his election in 2002) developed a reputation as a builder of alliances and the economy alike, lifting millions out of poverty and ensuring that Brazil played a key role on the global stage. Bolsonaro: a former soldier who spoke approvingly of Brazil’s two decades of military junta and who’s greatest ‘achievement’ was deforesting the Amazon to an unthinkable level. Literally just enough Brazilians looked at the recent past, as opposed to that of fifteen years ago, and thought: sometimes you have to go backward to get ahead. And so, it has proved.

But Lula is entering not only a different world of Brazilian politics, but politics in general. Nationalist, right-wing fervour is stronger than it ever was during his last tenure, and there are no guarantees that his more liberal agenda will make it all the way through the Brazilian parliament without difficulty or compromise – nor, for that matter, will the most fervent ‘Bolsonaristas’ give up their arguments that this election was stolen, making the rehabilitation of domestic politics and the restoration of social cohesion a difficult set of tasks. Even aside from purely political divisions, Brazil’s reputation as one of the most corrupt countries on the planet is sadly well-earned, with Petrobras being a byword for grand-scale laundering and larceny yet, which only touches the surface of the endemic corruption, and Lula’s successors, Dilma Roussef and Michael Temer, both being embroiled in assorted venality and sleaze.

Lula himself was accused of complicity in a vote-buying scheme and, even if one accepts his imprisonment in 2018 was politically motivated, he himself is no creature of unargued virtue. If the domestic situation in Brazil is bad, it is in part down to a system that successive Worker’s Party governments either created or did nothing to fix.

However, it is on the global stage that Brazil will truly be tested. A longstanding member of the BRICs trading bloc, Brazil now finds itself thrust to the fore through a combination of Russia’s dive into international pariah status, fears that China is actively pushing for a more polarised world order to be exploited, and India’s equivocation on doing anything that will commit itself fully against the Kremlin. Even though it is somewhat by virtue of being the ‘default choice’, Brazil has now risen to become arguably the most attractive state within the BRICs grouping.

The onus on Lula – regarded as a founding member of the bloc almost twenty years ago – is to use it to propel Brazil to global powerhouse status. It must be acknowledged here that Bolsonaro pursued relatively strong relations with Russia, not least because he saw in Putin a man and system to be imitated, but for practical considerations of at least 25% of Brazil’s vital fertilisers originating from Russia and the better deals on diesel fuel compared to those offered by America and the Middle East. While Lula enjoyed a close relationship with Putin in the new millennium, nothing so far has indicated that he is prepared to simply pick up where he left off.

Bolsonaro’s policy of ‘Brazil first’ was effectively confined to throwing the country open to the corrupt and the elite. If Lula is to follow any particular path, it will be a ‘third way’ that does not simply adhere to a permanent pro-West or pro-Russia stance but pursues what is best for Brazil at all times with, to some degree, the expectation that the monoliths of East and West alike must adjust to Brazil’s unilateralism, rather than adopting the ‘colonial norm’ of simply expecting Brazil to follow.

For example, ‘BRICS Pay’ – a conceptualised payment system that moves the BRICs nations away from reliance on the dollar – in the current climate this is very much what Russia and China want, but it will offer Brazil greater power and prestige too; so, while Lula may modulate the original idea, it will undoubtedly not be dropped. Lula’s challenge is to not tie Brazil so closely to the politically distasteful BRICs nations that the bloc becomes politically or diplomatically homogenous in the manner that their ‘developing nations’ status ties them together, but the challenge for the West is to offer Brazil enough incentives and value propositions to ensure that it does not have to. As the world’s twelfth-largest economy, and automatically more appetising than Top 10 entries Russia, India, and Iran, this should not be difficult.

However, Lula may ultimately be looking beyond the accepted BRICs – again, for reasons of Brazilian proactivity and leadership. A pragmatist, if deepening co-operation with Russia, India and China is politically difficult, he is likely to look not only to the other nations that are either considered BRICs by default (such as South Africa) but those that have a very good case to be named so (such as Indonesia) and look to create a BRIC-adjacent alliance of the Global South to act as a counterbalance to existing movements. Such countries not only share the same developing economic tendencies, but the same problems – for instance, the need for environmental preservation and the belief, justified or not, that the wealthy nations see them as breadbaskets rather than as equal partners. If Lula is able to bring new developing nations, and even existing alliances (such as Latin American trading bloc Mercosur) into a new paradigm under Brazil’s guidance, then the ‘beloved homeland’ will truly become a force to be reckoned with.