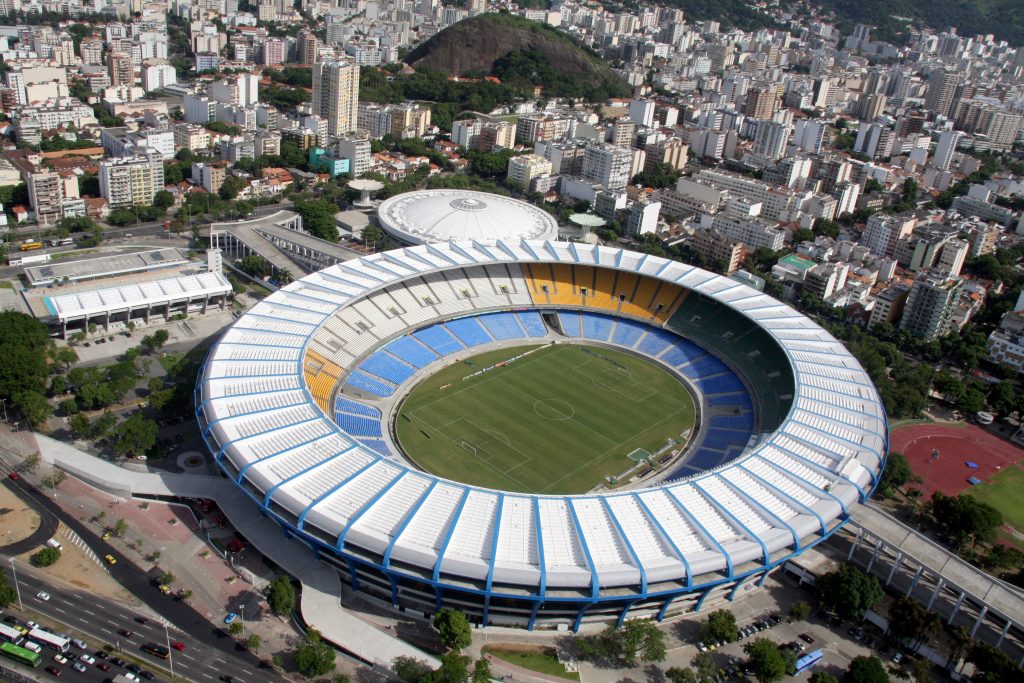 It was only twelve months ago that Brazil was basking in the glory of holding the two most prestigious sporting events on the calendar: The World Cup and the Olympics. Now more than ever it seems that such events were only sticking plasters over a country suffering an epidemic of crime and corruption.

The Maracana stadium in Rio is a centrepiece of the city second only to Christ the Redeemer. But six months after the conclusion of the Olympics, it lay looted and abandoned. Local authorities and football clubs could not reach agreement on who should manage (and pay for) the stadium and gangs of looters took advantage of the paralysis to go in and steal whatever they liked. One of Brazil’s icons is now a sad shell of what it was – and what it could have been.

This is, in microcosm, the sum of Brazil’s problems: that of enormous potential let down by bureaucratic intransigence, infighting and a quite staggering amount of violence. On this latter point, the statistics speak for themselves. In Rio state, a police offer is killed every 54 hours. 3,500 people were murdered in the first six months of the year. Ten percent of all homicides worldwide happen in Brazil. This climate of perpetual violence – driven largely by gang warfare in the urban areas but exacerbated by the criminal economies of drug dealing, human trafficking and theft – shows no sign of abating, in part because it is so entwined with assorted bribery and corruption scandals that it is in the interests of some for the state of war to continue, but also because the problem has become so widespread and endemic that it may actually be impossible to call a halt.

This brings us to the second of Brazil’s issues: the impotent government and corrupt authorities. One of the developing BRIC markets, Brazil’s international stock has not been overly helped by its hosting duties. (Even as tourists arrived for the Olympics, the actual police force in Rio installed signs at the airport informing them that the city was fundamentally unsafe and warning that they could not expect protection). The discussion over whether a developing country where a large percentage of people live below the poverty line should be spending a gigantic amount on two elite sporting carnivals could perhaps have been mitigated if the money that had been poured in for regeneration and improvement projects had had a tangible effect. All the signs are that it has not. Not just that the stadiums remain massive white elephants, but the investments into the transport, infrastructure and civil societies (most notably the favelas) are perceived as failures.

Brazil’s political masters are likewise a major part of the problem. The past three Presidents alone have been formally charged with corruption on a grand scale. First was Lula da Silva, for money laundering. Then Dilma Rousseff, impeached for her part in a Petrobras corruption scandal. And now Michael Temer, formally accused of taking bribes from food firm JBS. To paraphrase Oscar Wilde, to have one corrupt President is unfortunate, to have three in a row is an utter catastrophe.

Meanwhile, the ‘middle level’ of national and international business remains riven by the ‘normalisation’ of corruption. Political patronage is well established and tender processes are, more often than not, decided by favouritism and cronyism rather than quality. The bureaucratic and regulatory system for establishing businesses and starting work is glacial and not helped by the ‘facilitation payments’ that must most likely be paid at most levels to make things move along.

Does this all suggest that Brazil is a failed state? No, but it is arguably getting close – if not failing as such then certainly stagnating. The government is continually beset by crises and problems of its own making, the culture of corruption is so ingrained as to pass unchallenged, and the gang warfare/violent crime is constant.

The question is, whether Brazil can pull itself out of this mess and become a pre-eminent investment destination and reach its full potential that other members of BRICS hint at. There are encouraging steps. That all five living former Presidents are under investigation, coupled with the investigation into Petrobras, Odebrecht and JBS that wold have seemed impossible just five years ago, at least shows that the judicial elements of society are working, even if the enabling culture that they are fighting against still persists. One must hope that this is the starting point rather than an outlier. The ‘view from the street’ is that it has to be – there is a growing and vocal assertion that it is simply unacceptable for Brazilian society to carry on the way it has been doing. The sporting jewels represented an opportunity for Brazil to rise higher on the world stage – for this potential to be fulfilled the root-and-branch reform of judicial and civil society must not go to waste.