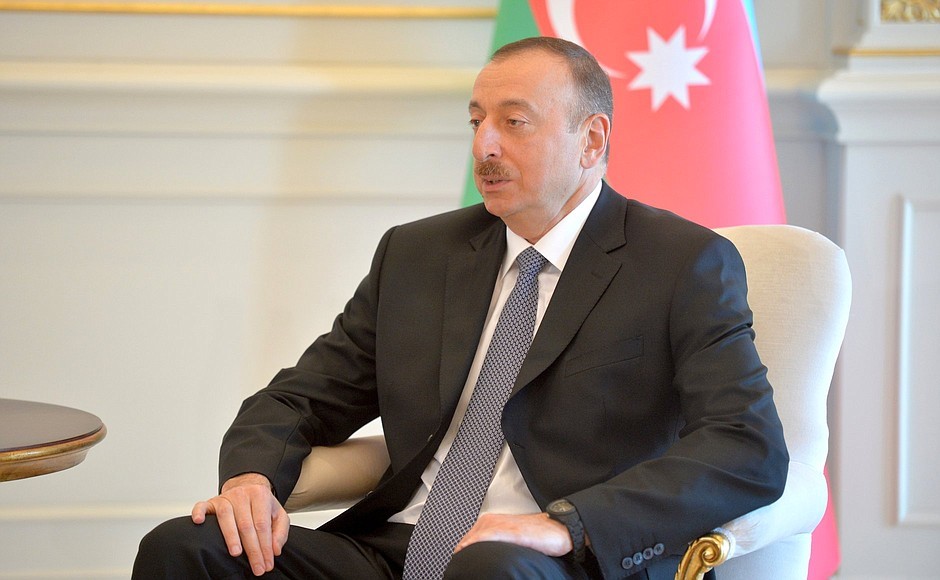 In the 2013 Azerbaijan Presidential elections, incumbent Ilham Aliyev romped to victory. No surprise there. Except, that he managed to do it a whole twenty-four hours before the election was held…

The Central Election Commission, on whose smartphone app the result appeared, variously described this as the previous election’s result (it wasn’t), a test run (it wasn’t) and partial (true at least) – but one excuse out of three does not stack up. It is not even as if this is shocking in itself. Nothing but a landslide win for Aliyev was expected, as it has been since his assumption of power in a one-party contest in 2003, following the death of his father. Azerbaijan did not need to fudge the result. It had already been decided.

The culture of politics in Azerbaijan has long been a mix of autocracy and kleptocracy, with the Aliyevs at the top of the tree (indeed, the President has the honor of being married to the Vice-President). It is a foregone conclusion that the ruling party will win every election that matters, and political opposition is limited to small ineffective parties and independents, while civil society is repressed through absolute control of the media. This fosters and perpetrates a climate of extreme corruption which, while begun during Azerbaijan’s Soviet days, has blossomed into something entirely its own. The basics are all there: a corrupt justice system, nepotism rampant in politics, a business culture heavily expectant towards bribery. So far, so normal. But where Azerbaijan really pushes the Caspian ferry out is in what has been called caviar diplomacy – the manipulation through gifts and money of foreign persons of interest, which reached its apogee earlier this month when  the scale of the ‘Laundromat’ revelations became clear – a dedicated program of almost three million US dollars aimed at massaging the image of the country and its key persons abroad through lavish donations, gifts and the like, and the use of foreign markets to lobby and launder currency, with those responsible being at the highest levels of Azerbaijan’s government and industries.

The Laundromat ran payments through Denmark and Estonia and into four shell companies in the United Kingdom, all with a secret beneficial owner which remains unknown to this day. Some of the money went on ingratiating key European politicians – such as Italy’s Luca Volonte and Germany’s Eduard Lintner – to re-affirm their favoritism towards Azerbaijan. Some went to offshore or Swiss bank accounts of Azerbaijani elites across Europe. Some money just vanished entirely. This scheme was discovered in 2014 but appears to have been allowed to operate with impunity for the past three years.

Not only does this provide further complications in terms of corruption and unethical/illegal business practices, it also highlights something that Azerbaijan has turned almost into an art form – manipulation, both external and internal, to present itself as the golden boy of the former Soviet states. We have seen how this is done through the Laundromat and it’s like, a program of essentially massaging Azerbaijan’s image to the great and the good. But it is carried out at all levels: certain national companies and businessmen are thoroughly ‘cleaned’, both online and off, to ensure they present a good image and reputation, with newspaper articles, company records and the like doctored or ‘disappeared’ in order to imply that there are no negative stories on a given subject to be found. The hope is that international firms will thus consider their target to be a good partner/joint venture/customer, and enter a business relationship on the false understanding that there is nothing to be concerned about – when in fact the hidden hands of elite political/business interests are very much present.

Whether the Laundromat revelations will signal a sea change is unclear, but unlikely, given the extent to which such corruption is embedded in the Azeri system. Navigating a path through is not impossible, but proves more than ever that taking a second look is always a good idea.