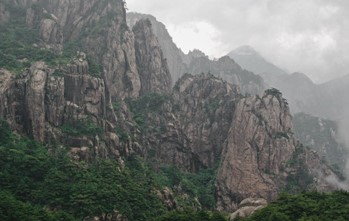 A summit is an appropriate place to talk of mountains, and so Beijing’s description of the Russia-China partnership as, at the recent Shanghai Cooperation Organisation Summit in Samarkand, ‘stable as mountains’ is appropriate, if not entirely true. China has thus far been one of Russia’s few credible allies as the latter’s war in Ukraine stretches into a seventh month and has long beaten the drum against apparent Western hegemony and American unipolarity. An alliance with Russia thus makes political sense, invasion or not. And yet, there are signs that Moscow should be just as concerned as Washington or Taipei about China’s intentions. Not only in terms of ultimate objectives (if China wishes to be the world’s dominant power, something which characterises its every move, Russia by extension must ultimately be seen as an obstacle) – but in how Moscow’s very actions may be contributing to these objectives in the first place.

To remain first at the Samarkand summit, one might think that all of the right things were said – Putin thanking his opposite number for taking a ‘balanced position’ on the matter of Ukraine and Xi pledging ‘mutual support… and stability in a world of chaos’. But look a little closer and not much of practical value was said by the Chinese at all. There was no substantive detail on what support or co-operation might be forthcoming, particularly in the areas of financial, technological, and military provision, where Putin’s need is most acute. Xi did not even mention Ukraine by name: not surprising as he cannot be associated with at best, stagnation or at worst, outright failure. Above all, Beijing made zero concessions towards redressing the balance of what has become a highly asymmetric relationship, with even August’s pledge to pay for oil in roubles rather than dollars being ‘watered down’ by an accompanying inclusion of the yuan – reinforcing the Chinese currency for the long term while making an easy concession to Moscow for the short. It appears that the ‘no limits’ friendship espoused by China and Russia earlier in the year does, after all, have its restrictions.

None of this should be surprising, as through the ascension of Mao and China’s subsequent explosion onto the world stage as a serious economic and political power, it has long been known that Beijing wished to be dominant. Rather, the mechanisms by which China intends to accomplish this are more subtle than those traditionally associated with nuclear-armed superpowers. Step one: make yourself indispensable, by becoming the production factory for the West and drawing developing nations into debt-trap diplomacy. Step two: develop vast capabilities in the (relatively) new and cutting-edge areas of cyber-technology and disinformation, professionalising and militarising these to adopt tactics of infiltration and manipulation as standard. Step three: sabre-rattle over territorial disputes and geopolitical tides and deliberately provoke and inflame these, so as to keep attention on the public face of outrage while the real work was being done elsewhere.

It can be argued that these latter two are the tactics that Russia is employing, using the invasion of Ukraine as a smokescreen for its efforts to establish vast networks of illicit funding, money laundering and political/media manipulation while trusting that the world’s cameras will be fixed on the atrocities in the Donbas. But for China to be playing Russia, itself a superpower, in the same manner is to take the game to another level. By providing just enough support in word and deed to keep Russia engaged in Ukraine, but never anything substantial to truly make a difference, Beijing keeps Moscow ‘onside’ as one of the only friends it has left but with significant freedom to compel Russia further into China’s financial and diplomatic orbit. Meanwhile, China can not only take advantage of the conflict by, for instance, pushing for a broader adoption of dollar-alternative, the Cross-Border Interbank Payment System (which uses the yuan) or exploiting its hacking & misinformation capabilities both in Ukraine and elsewhere under cover of the chaos, but it can use the Russian invasion as a ‘test case’ for both the practicality of one state invading another, and the fallout. The Party echelons will have been watching very closely the minutiae of Putin’s failure in Ukraine, always mindful of Taiwan. A smaller and weaker military, holding its own against a force with which few gave it a chance, the assumed support of the citizenry being wholly repudiated, the immediacy and longevity of the international response… all have their parallels with Taiwan, and China will not let itself make the same mistakes. Of course, the realist position is that it will never need to take that risk, as the real battle is being fought at a far broader and more insidious plane.

Nobody can say it is not putting in the groundwork. On the one hand, China can pre-emptively shore up its regional position, taking advantage of the fact that even some Central Asian countries (the old backyard of the Soviet Union) might now find Russia too toxic and present itself as a political and economic alternative (and Beijing certainly has a history of flexing its muscles to compel regional neighbours to follow its own lead), and being more confident in asserting itself in the Asia-Pacific region through military drills and trade deals, the imposition of Chinese presence in the knowledge that the West has an actual rather than potential conflict to be dealing with.

On the other, it can afford to act more aggressively in its preferred metier of today: infiltrating Western businesses and organisations for the purposes of influence and theft alike, deploying cyber-attacks and media manipulation both in Ukraine and elsewhere to better foster a climate of uncertainty and chaos, and playing the political insecurity to its own advantage by offering to broker political and economic solutions that will always, ultimately, benefit Beijing. The old adage of war being the continuation of politics by other means certainly holds true here.

Advanced technology firms originating from America have now been banned from setting up in China, a decision that Beijing called a ‘Cold War mentality’. They only got one word wrong. Thinking of global conflicts as ‘cold’ inasmuch as they do not follow the ‘tanks and territories’ tradition is not only wrong, but profoundly damaging to the understanding of what modern conflict is, and how the enemies of today can best be met. Unrestricted warfare has been the norm for decades now, and the fact that this war is fought across stock indexes and intellectual properties, from the cyber-realm to the manipulation of truth itself, does not make it any less consequential. Biden’s announcement of a $1bn USD agreement to sell arms to Taiwan plays well with the folks back home but does little to tackle the reality of the Chinese threat. And unlike Putin, faced with an increasingly difficult war and the slightest hints that all may not be well in the upper reaches of the Kremlin, Xi is about to be anointed as a virtual dictator for life at the 20th Party Congress, where unanimity, offered or enforced, is always the order of the day. He is a strongman who is only going to get stronger; and faced with a world where America is at its weakest for thirty years, Russia is digging itself a deeper hole every day, and geopolitical tensions are increasingly reverting to a bipolar divide, the time for Beijing to capitalise on a position which it has created just as much as inherited, is now.

Hence why friends and foes alike should be worried. Russia may take confidence today that Beijing and Moscow are as stable as mountains, but as China’s most famous philosopher knew, even a mountain can be moved if you are willing to carry the stones.