Chisinau is the winter of our discontent… 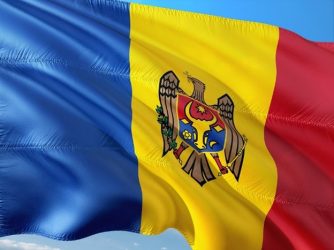 Of all the questions asked in the wake of the Russian invasion of Ukraine, one of the most predominant has been “Where next?”. Whether Moscow’s forces had swept into Kyiv as winners of a lighting battle, or mired as they currently are in a ‘long war’, few expect Putin’s horizons to stop at the Ukrainian border. The country may be the headline act in his quest to restore the USSR, but in order to build up a true Eastern Front once more he will need to go further; and Moldova may represent not only the next target – but also the next opportunity.

It is the Baltic states that have expressed the most open fear about becoming the next targets of overt Russian aggression – understandable, given that they have been among Russia’s most consistent critics for years and, through measures such as the extraordinarily broad and deep 2007 hack on the Estonian political and economic infrastructure, been on the receiving end of covert designs already. The current saving grace is that Estonia, Latvia and Lithuania are all members of both the EU and NATO and so any military action would likely be a step too far for Russia (this does of course hinge on whether Putin can still be considered a rational actor). Instead, attention is likely to turn to Ukraine’s southern border and the small state of Moldova. This country ticks several boxes for Putin: it is in neither the EU or NATO and so invading would not cause any mandated response, it can be characterised as ‘hostile to Russian interests’ in the recent dispute over gas supply and prices, and is unlikely through sheer size and scale to put up the same resistance – an ‘easy win’ at a time when Russia could sorely use one.

Indeed, the cat may have already been let out of the bag last month, when Belarus’ president Alexander Lukashenko – himself a pliant lickspittle to Putin – gave a televised speech in front of a map that indicated Russian troop movements through Moldova. Clearly this did not happen in the entire month of March, and certainly the changing fortunes of the war since will have changed Putin’s masterplan. But Moldova would make sense as a target for all the aforementioned reasons, particularly if Belarussian troops can be prevailed upon to actually carry out the attack. The EU is aware of the danger, and has explicitly acknowledged a particular ‘energy and cyber’ risk to the country and considered further strengthening of security & support measures. Although Moldova’s candidacy to join the EU does not look like being resolved at present, its deepening of ties with the West (save militarily, with neutrality enshrined in the Constitution) is exactly the kind of action that could provoke Putin to act.

But there is another argument, the one that follows a familiar path where Russia is concerned of covert, state-sanctioned cyber activity through proxies. Moldova might suit Putin’s purposes better for the moment if it remains a ‘wild west’ state of corruption and free reign by cyber-criminals that he can quietly exploit while claiming in public that his hands are off. KCS has first-hand experience of this, currently tracking as we are a gang of hackers, based in Chisinau but sponsored and controlled by Moscow, conducting ransomware attacks against corporates. But Moldova’s cyber-security has always been porous at best and the country is both vulnerable, and plays host, to cyber-attackers of any stripe. Russia takes a keen interest in shaping the Moldovan news narrative and, with regular reports of state and corporate institutions being compromised (particularly when close to election times) it is no surprise that Putin is attempting to consolidate his ‘reach’ by interfering in a country technologically where he cannot do so openly. If Moldova’s lone wolf hackers, particularly in the Russian-speaking, breakaway region of Transnistria and fuelled by the misinformation that Russia is already attempting to pump into their systems, can be persuaded to act for the cause, Moscow has a powerful ally that can act as yet another extension of Russian power and influence, without the messy business of taking it over.

As the war stagnates, what we are likely to therefore see are increased use of vassal states such as Belarus, proxies such as Moldovan cyber-actors and methodologies such as media manipulation to both defend and propel the Russian narrative. ‘Long wars’ like these invariably bleed out beyond the original frontiers and essentially make every country and company a combatant, whether they like it or not. In this respect, Moldova may not be so much Putin’s next target, as another arrow.