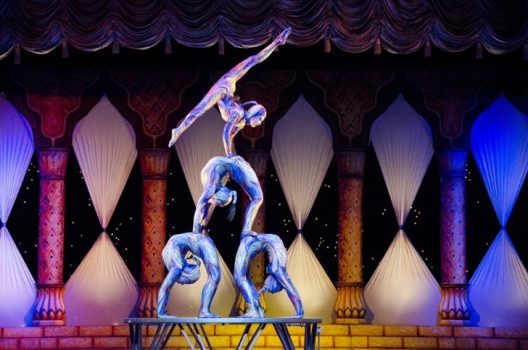 If Vladimir Putin has, throughout the war, been something of a magician – distracting you with the left hand while acting with the right – then Viktor Orban has been its acrobat, walking a thin and very dangerous tightrope between alignment with the EU, on which Hungary remains dependant for financial aid and international prestige, and allegiance to Russia, whose dictatorial, suppressive regime he is well on his way to emulating. (In this analogy the clown is, of course, Boris Johnson). Orban’s has been a difficult balancing act: remaining part of the cohesive EU bloc so as to protect his short-term needs and obligations, but simultaneously convincing Putin that he is far more a friend of Russia than he is able to admit. At last, it seems that Orban is willing to take his leap, bluntly refusing to comply with or support any further sanctions that involve oil or gas. However, as always, it is in the undercurrents that the truth is found. For all Orban’s protestations, Hungary has been under the whip of the Kremlin ringmaster for years now, and all signs are that Budapest is but one attraction in the Red Square circus.

As a consequence of both geographical position and political leanings, Hungary has always remained closely in Russia’s orbit, with Putin likely unable to believe his luck when Orban took power. Trade and diplomatic relations between the two nations (independent of the EU) have always been strong; and yet the sense was prevalent that Hungary was not being forced into ‘playing nice’ for fear of what Russian retaliation might be, but because it actively wanted to. Indeed, the intelligence services of both countries became increasingly involved in commercial deals, to ensure that the corporate became the political – and to increase their own wealth and position. But Russia as always, takes things further – the FSB are confirmed to be using a variety of front companies to launder money into the far-right Jobbik party and thus extend Russia’s power and influence at the heart of a foreign sovereign power; and former MEP Bela Kovacs was found guilty of spying on EU institutions for Russia, as well as being tried for treason in Hungary itself – a sign that Moscow had gone too far, even for Orban. Whether willingly or not, Hungary has become something of a ‘Trojan horse’ for Russian meddling and manipulation.

And this is far from the end. Concrete links have been identified between the FSB and localised criminal gangs in Bulgaria, Poland and the Czech Republic in addition to Hungary, as well as active operations to set up favourable deals utilising Russian criminal individuals (both those in known crime/Mafia syndicates, and of a more publicly ‘genuine business’ bent) working with Western intermediaries in the UK, USA and Western Europe to fund carefully-chosen business ventures and political parties alike. A succession of front companies across Switzerland to hide the provenance of funds, influencing an oil major’s dealing with the UK government, the Russian mafia organising deals across Austria and Germany…  Not only do such channels make the disbursement of future black funds simpler, they tie those individuals and organisations involved to Russia to an even greater degree and making them less inclined to talk – which makes disentangling the web, or even uncovering its nature and extent, even trickier.

These also represent a major advancement in Russian foreign policy: not only content with operating in its Baltic/Balkan sphere of influence, and doing so openly as a sort of ‘regional policeman’, Moscow is happy to be operating globally and with a far more pro-active, disruptive bent. The intention is to destabilise not only Eastern Europe and the former Soviet states, to remind them of who is boss, but to actively penetrate to the heart of the political and economic systems of the democratic West and rip these out too. We would go further than the comment of recent weeks and purport that this is more than the creation of the Fifth International, given that the establishment of a socialist or communist utopia has never seemed too high on Putin’s list of priorities, but a grand strategy to rebuild the USSR. Not necessarily on a territorial basis, as despite the illegal annexation of Ukraine’s eastern provinces that ship appears to have sailed, but in the practical sense of infiltrating, manipulating and controlling Western institutions to put Russian desires, and Russian primacy, first.

The impact on businesses of this strategy will be immense. With a land war, the battle lines (to use an apt phrase) are at least clear, but with such a program of infiltration and destabilisation, everyone is a target and few can have confidence that they will not be affected in some way. Whether it is leveraging in-country social connections to quietly extend Russia’s influence over the political classes, establishing front or shell companies to closer tie key industries and businesses to Russian control, or laundering and funnelling money away from sanctioned markets and out into the black network where it will buy yet more political and corporate control, this is the reality for businesses: at risk of being tied in to a web of criminal financing, political destabilisation and economic disruption that is already coming as a flood. The one sort of corporate networking that businesses do not like.

The broader picture is little better. In addition to Moscow’s cosying up to the political leader of the day where possible, it also has a track record of funding right-wing parties (such as Jobbik) as either a bulwark against the ‘Western liberal democracy’ espoused by their opponents, or as a down payment on power and influence should said right-wing party actually get into power. And not only in Eastern Europe: over the past ten years, far-right parties in France (Front National), Italy (Lega Nord) and Austria (Freedom Party) have all been forced to address issues of Russian financing, or Russian blackmail: the spectre of kompromat never having gone away. It is now the right-wing Brothers of Italy party currently in the spotlight following the recent election, but with an estimated $300m USD having been covertly distributed to right-wing parties over the past decade (and that is just the initial claim), it can be confidently asserted that the infiltration is as broad in scope as it is single-minded in delivery: promote Russian interests by any means necessary. And if elements within the target states are happy to surrender their probity in return for cash or other benefits – not for nothing is the UK’s capital oft slighted as ‘Londongrad’ due to the levels of Russian wealth and ownership, and senior political figures all across Europe continue to face questions over the degree to which they publicly wag the finger at Russia while privately shaking her hand – then Moscow’s job of causing domestic disruption to prevent foreign intervention is being helped along, and businesses face an even greater uphill struggle to come to terms with a problem that many of their political leaders refuse to acknowledge even exists.

So roll up, roll up to the greatest show on Earth: a dazzling display of trickery, subterfuge and balance that lends a whole new meaning to the phrase ‘Moscow state circus’. But the bear is not balancing on the beachball; rather it is cracking the whip.