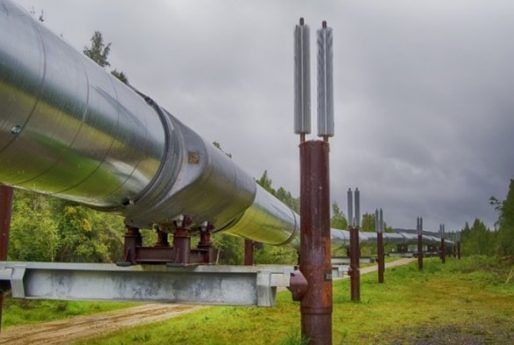 East Africa is becoming one of the fastest growing economic regions in the world. It is filled with many opportunities for foreign firms, while bringing even greater risks. Corruption is still as pervasive as ever in the eastern region of the continent, with some of the countries having the worst corruption scores (according to Transparency International) in the world. Even with some ‘old guard’ politicians leaving the scene, corruption seems to be almost an integral part to the governments in the region. However, with news of an oil pipeline that will undoubtedly bring a new sense of wealth to nations like Uganda and Tanzania, there are concerns about how pre-existing risks like corruption, and Chinese influence, will affect foreign firms wishing to penetrate the market. Now that another nation is using crude oil, could the exportation of climate activism to the continent be considered an additional threat? Is this the start of an Extinction Rebellion in Africa?

Uganda and Tanzania are becoming some of the fastest growing economies in Africa with huge amounts of potential and opportunities. Unfortunately, they are some of the most corrupt markets on the continent. The endemic corruption remains the biggest obstacle for businesses wishing to operate successfully in East Africa and the main reason why foreign companies find it challenging. KCS has had its own first-hand experience in dealing with governmental corruption in Tanzania. Now, mix in a lucrative pipeline and you have a recipe for even more corruption to take place. As seen in Algeria, corruption has severely hampered the progress of the economy despite some of the largest oil reserves in the world. The same can be expected with the eastern nations.

As well as corruption, the influence and presence of China in the African oil & gas market is a continuing risk. The China National Offshore Oil Corporation (CNOOC) is already financially involved in the new East Africa pipeline. This is the Chinese playbook that they have been using in Africa for years, investing billions into the continent in exchange for influence and preference in future deals to gain even more control. Now that the East has access to oil, one can expect an increased presence from Chinese oil firms essentially acting as extensions of the Beijing government – who will not be afraid of acting directly against competitors to ensure that they come out on top. The competition and risk are thus, inherently increased.

But the usual suspects in the traditional risk/threat portfolio of political corruption, criminal gangs, and enterprising cyber-hackers, are not the only ones that firms in East Africa should look out for. In the current day, where climate change has become the hot topic of activism, there are calls (mainly from the West) to reduce carbon emissions worldwide. Moving away from fossil fuels and incorporating more renewable energy sources seems to be the choice for most Western nations to tackle climate change. Although, it is not as large as it is in the West, this sentiment has spread to Africa, where environmentalists are calling for more renewable energy to be used. The East African Crude Oil Pipeline (EACOP) – a crude oil pipeline planned to run from Hoima, Uganda to the port of Tanga, Tanzania, has received fierce criticism from local and international activists.

The proposed pipeline will run near Africa\’s largest freshwater reserve – Lake Victoria, and according to local sources, more than 100,000 people are being forced off their land and are facing expropriation. The oil deal signed between Total and the CNOOC is looking to exploit crude oil reserves under Lake Albert, on the border between Uganda and the Democratic Republic of Congo. If this project goes ahead, it will be the longest heated crude oil pipeline in the world. While the EACOP will do wonders for the East African economy and make countries like Uganda and Tanzania oil rich, the proposed pipeline is under ‘threat’ from activists who have the support from none other than the Pope himself, who has become against the use of fossil fuels.

Now, anti-fossil fuel activism in East Africa does not pose any physical risks to companies operating in the region. But from what we have seen in the UK with Extinction Rebellion, Insulate Britain and now Just Stop Oil, physical disruptions, and even sabotage, is always something that can be exported to the continent, for which oil and gas firms should be prepared. Concurrently, the most that this activism will bring is international pressure from countries, that have already benefited from producing and exporting crude oil for hundreds of years – all to persuade and encourage Uganda and Tanzania to use greener sources. It is unlikely that they will listen, and why would they if they have stumbled upon a gold mine. Therefore, the key problems are likely to be twofold: increased civil unrest and opposition towards foreign companies, with the chance for violent flashpoints to develop, and a deepening of the domestic corruption and lawbreaking that always rears its head wherever oil is concerned. The opportunity is still there, but the risks are greater than ever before.