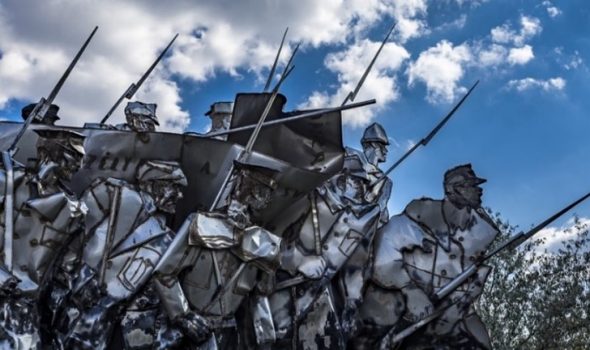 The quagmire of a lengthy, painful, and ultimately unsuccessful campaign in Afghanistan in the 1980s is credited with hastening the demise of the Soviet Union. History could well be repeating, as Russia’s invasion of Ukraine stretches into an eleventh month and domestic discontent with Putin’s war continues to rise. Could this be the trigger that finally topples the strongman of St. Petersburg? It may yet be so, but this by itself will not be cause for jubilation. Removing the man means little in practice unless you also change the system – and Russian history shows that it is how things are done, rather than necessarily who is doing them, that is the bigger issue.

In the 1990s, as Russia attempted to find its feet not only as a new democracy but a new country, Boris Yeltsin won power as a ‘compromise candidate’ who was identified as a man not liable to cause a fuss and make things difficult. Indeed, Yeltsin fulfilled this brief admirably, but sadly those behind him did not. Government ministers, the business elite and the siloviki (elites crossing financial and political lines) set about either dismantling what regulations and protections remained after the death of the USSR or creating new power structures that directly benefitted and enriched them. Yegor Gaidar, for instance, introduced the voucher scheme and ‘loan-for-share’ auctions that allowed a group of powerful, hand-picked individuals to take control of virtually all Soviet state property and key businesses: behold, the oligarchs. Alternatively, Anatoly Chubais (later to be a key political advisor to Putin before fleeing Russia following the invasion of Ukraine) who, as minister responsible for privatisation, happily ushered in the formalisation of state monopolies.

This was set against the background of a nascent country attempting to pull its economy out of the black hole that the Soviet rule had plunged it into, realign its politics onto a more palatable and democratic path, and restore some vestige of credibility and pride to a people that had just witnessed the end of an empire. A difficult task at the best of times – made virtually impossible by the direct and knowing pillaging of Russia’s resources and potential alike by the very people supposed to be safeguarding them. What emerged, therefore, was the solidification of Russia as a ‘dwarf economy’, ostensibly wealthy through its gigantic oil and gas deposits and with latent hope that opening up to the West would lead to mutual benefit, but in reality, being hobbled by the criminal element given free rein from the start and (in Yeltsin) a President incapable of bringing the siloviki to heel. The Russian Mafia arose not so much alongside the new elites and power structures, but within them, a symbiotic relationship from the start.

It should be no surprise that this has been the model for Russian businesses since dissolution. What is nationalised is in the hands of a government which is openly dictatorial and kakisocratic; what is privatised is much the same because in no meaningful sector of Russian society is there separation of powers – or rather, power. And as goes business, so goes everything else. Under Putin, what began in the Yeltsin era has been given its full apotheosis of a fusion of political power, interests of the propertied and wealthy elite, and the business and resource base of the entire country, with an independent media and other freedoms being quashed without hesitation, representing as they did threats against the continuing capability of the criminals to do as they liked with the illegally acquired assets not only now, but the future.

The very foundations that Putin implemented and refined in order to maintain an absolute hold on power, and the inequalities and inefficiencies they provoked, are now coming back to haunt him in the Ukrainian campaign – an unmitigated failure by most metrics that has exposed the Russian military, polity, and economy alike as fantasies at best, and flagrantly unfit for purpose, at worst. Discontent is rising not only among the populace, but in the halls of the Kremlin. But this itself leads to an interesting question – who runs Russia? Putin was selected to win the Presidential election in 2000 by the elite because they considered him someone who could be manipulated and controlled by themselves, the new tsars. They were astonishingly wrong on that count – but it is not forgotten, and resentment simmers long in the Russian soul.

Whether the man is stronger than the system, or the system is stronger than the man, is a question on which hangs much. As Russia becomes more insular and isolated, its efforts to compromise and damage the West will only increase, no matter who is in charge. But Putin’s personal role, as the man who suspended and then destroyed the democratic structures and civil society alike in pursuit of a ‘greater Russia’, cannot be underestimated.