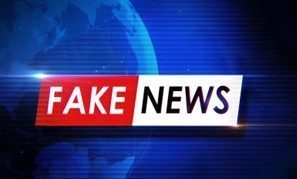 ‘Facts are sacred’, was the famous maxim of Guardian owner and editor, CP Scott, in the early 1900s. Quite what he would have made of the media of today, where ‘fake news’ runs rampant across social media and disinformation is not only endorsed but enacted by individuals, corporates, and governments alike, we can only imagine. Two particular stories from recent weeks have highlighted the very real danger of fake news, the consequences it may have – and, potentially most worryingly of all, the continuing uphill battle being fought to corral and contain this.

The first, is the uncomfortable truth that around 80% of Russians still believe the Kremlin’s line that the war in Ukraine is some sort of liberation operation, and that the daily reports of bombings and casualties are Western propaganda designed to denigrate and damage Russia.

When the invasion of Ukraine was launched, there was limited domestic protest, and repudiation of the state narrative built liberally on the fake news that Ukraine was run by a gang of neo-Nazis and had nuclear designs on its larger neighbour – but this did not last long. Such is the power of the Kremlin though that the public opposition quickly dried up, and state media swung into action to control the narrative. In a country where television remains the primary source of information, and where virtually all independent media outlets of any kind have been suppressed since the start of the war, an iron curtain of information has now descended upon the Russian populace, and it is no surprise that the acceptance of Putin’s narrative is so high.

Certainly, there is a core of the older generation who genuinely believe that Ukraine is a Nazi-run nuclear-aggressive state, but any hope of significantly countering the fake news explosion within Russia is diminished by the pure inability to get an alternative message across. Moreover, the more the fake news endorses and sanctifies Putin, the more he becomes accepted in the eyes of the electorate (for want of a better term), and thus, the easier he finds it to continue to spread more fake news. He is virtually untouchable in the eyes of elite and public alike – approval ratings of 82% in the April just past, is a figure that does not need to be massaged.

Essentially, lying in Russia is state policy, and this poses problems not only at the top geopolitical level but for getting anything done in the country at all. Businessmen, for instance, seeing that the government shapes facts in order to fit its own version of the truth, are quite happy to follow suit. The business culture is one where records and histories are faked with impunity and individuals/companies are whitewashed with fake news to conceal their true histories. Moreover, such is the close-knit relationship between those who control the media and those who benefit from it, that an in-country company attempting to reverse a disinformation story and stake their own truth will be roundly dismissed, if not worse.

The second, was the confirmation that the world’s richest man Elon Musk intends to buy social media site Twitter for 44 billion dollars. This website has long been a fount of misinformation. The Russians have been at the forefront here, being behind millions of ‘bot’ accounts (easily recognisable by a numerical username, lack of picture, and reportage-by-rote), that exist to spread lies or add sheer weight of numbers to a particular point of view. But it has also been used to spread fake news by multiple actors for a variety of reasons – in recent times, perhaps most prominently, right-wing political groups and anti-vaxxers.

Additionally, while bots may often get a story started or are, to some extent, recognisable and discountable due to the factors listed above, a new study from the Massachusetts Institute of Technology has shown that it is humans who are the prime drivers of resharing fake content: and not always because they are ‘trolls’ and like deliberately pushing disinformation for an agenda, but because what is fake is often more attractive or sensational than what is true. The more the material spreads, the more likely it will be believed.

Musk’s role in what is, depending on your view, the best or worst site on the Internet, is now a key one. A self-proclaimed ‘absolutist’ of free speech, he is expected to roll back the lifetime bans handed out to controversial figures such as Donald Trump and allow for a broader range of content to be posted on the site. Whether such content would explicitly include that which is proven to be untrue, is unclear, but for Musk and his ilk, perhaps ‘free speech’ and ‘fake news’ are interchangeable. This is a challenge for philosophers as much as it is for corporates – should free speech allow for hate speech and knowing factual inaccuracies, how much should the delivery mechanism be held responsible, and how can principles of knowledge and fact-based pursuit be upheld if a tidal wave of disinformation is allowed to operate unchecked?

The cases of both Russia and Twitter illustrate that in today’s world, fake news is an existential problem in that it shapes opinions and narratives – and is directly responsible for the consequences of these. How would the US election of 2016 have unfolded without the Russian disinformation campaign? Would Putin be able to destroy so much of Ukraine if his own citizens were aware of the true scale of his war crimes? Sadly, the inconvenient truth is that the onus to identify and challenge fake news is still at the individual level, which is not good enough in a world where powerful individuals like Musk, see disinformation as the price to pay for some notional ‘absolute freedom’, and where governments such as Russia’s see it as a fundamental plank of their power. Russia shows us that not only is fake news flooding the airwaves and social media platforms, but it is also supremely effective, and Musk shows us that if the system is left unchecked, then the worst excesses will only increase.

And it is debatable just how much can be done, for three reasons. Governments threaten firms with regulation and greater scrutiny; the firms respond by sparking assorted public fears of clampdowns on expression and free speech (with an inbuilt audience). There is a genuine argument over whether ultimate responsibility resides with the provider or the user – in the same vein that few will castigate a vehicle manufacturer if a driver crashes a car. And of course, if certain governments are weaponizing fake news as a tool to achieve their political or ideological objectives, all sense of balance and understanding flies right out of the window.

When those at the top cannot, or will not, take action beyond their own self-interest, then everyone suffers. And whether fake or otherwise, that isn’t news.