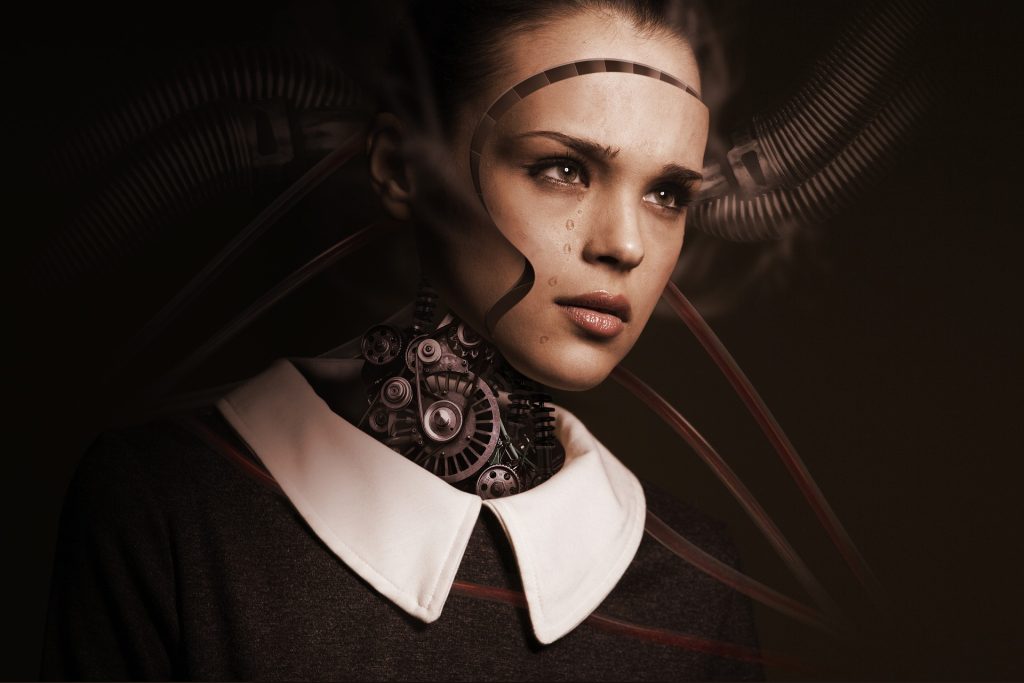 You are the weakest link. In fact, we all are. However, advanced we make our cyber security systems, the simple fact is that humans make mistakes, humans get complacent. The Aramco hack of 2012 immediately springs to mind. One technician opened a spam email and within hours 35,000 company computers were damaged or destroyed. But what if this chink in the armour could be removed? What if AI replaced us, in the work place and as the gatekeeper of information, defence and security the world over? Its potential to reshape the world as we know it and our place in it is awesome in the truest sense of the word.

Ages are defined and sculpted by technological advances in weaponry. AI is no different – a new weapon for a new age. The very first electromechanical computers were developed for exclusively military application; to crack the Enigma code, to solve the trigonometry behind firing torpedoes at moving targets.

Whilst we have built increasingly complex tools and systems for both offensive and defensive means, the very human need to feel secure, both as an individual and a society, has remained constant. Granted, AI has an infinite array of possible applications, many positive. However, the ability to destroy or disrupt the infrastructure of another state or company from afar is too good an opportunity to pass up. AI is the next field on which global powers will do battle. Conversely, AI naturally offers the best defence against itself. Just as the threat of ‘Mutually Assured Destruction’ kept 20th Century superpowers at bay, could the imagined flawless nature of AI, free from human interference, evolve to a point where there are simply no chinks in the armour, no weaknesses which one can exploit? A global technological stalemate.

He Who Spends, Wins?

Big money means big interest. PricewaterhouseCoopers predicts that the AI industry will be worth $15.7 trillion by 2030, with the biggest market shares going to China (26.1%) and North America (14.5%). The relationship between private companies and government is integral to the question of who will succeed in this new Space Race-esque showdown.

In this regard, China has one clear and overarching advantage. The lines between private tech companies in China and the state have become increasingly blurred. For example, tech companies must now have internal Communist Party committees, in order to coordinate with the state and promote government objectives. The three Chinese tech giants Baidu. Alibaba and Tencent (known as ‘BAT’ collectively) are at the vanguard of Chinese technology. Unlike their American counterparts, these companies are not averse to collaboration.

Surprisingly little was made of that fact that, earlier this year Jack Ma, billionaire cofounder of Alibaba, announced that he was now a member of the Chinese Communist Party. He is certainly not alone in this respect, with many tech leaders forging deeper links with the party. With unrivalled government support, not just in terms of state funding but also less stringent regulation, they will quickly surpass the efforts of the Americans. Many sources argue they already have. In August 2018, the Chinese government unveiled a new national development plan, with the AI industry a key facet in radically altering and modernising the economy. This will amount to approximately 1 trillion yuan (US$150.7 billion) by 2030. Last year Alibaba announced that it alone will spend $15 billion over three years on ‘cutting-edge technology’, predominantly on AI. China spent $110 billion between 2015 and 2017 on acquisitions and tech mergers, triggering fears in certain quarters over the level of control exercised by Beijing. The formation of a national strategy, with companies and government pooling resources and data presents the most effective (and the only) coordinated thrust towards AI development.

This leaves America in a difficult position. The fact that AI is predominantly being driven by tech giants such as Google, Facebook and Apple, independent of state interference and oversight, creates a more organic but much less coordinated environment. There is, obviously, no national plan of action or ‘great leap forward’ here, nor is there the ability to access the endless amounts of data that Chinese firms have at their disposal, a key aspect of building, training and deploying AI. The most striking example of this was in the aftermath of the 2015 San Bernadino mass shooting. The FBI not only wanted to gain access the phone of one of the shooters, but demanded Apple alter their iOS operating system to provide access to the FBI. Whilst the FBI eventually unlocked the phone themselves, Apple refused to cooperate with the wider demands citing security risks posed towards their customers, leading to a series of court cases. The differing relationships between tech and state in China and the US could not be starker. It is clearly the main relationship affecting the future development of AI.

Despite lagging behind initially, the Chinese have played a good game of catch-up and are poised to strike out ahead. It remains to be seen, however, how far AI can go. Unlike conventional weapons, this will not simply be a case of haves and have nots. AI presents a new universe of infinite possibilities and applications. There is no linear development of AI technology in the sense that AI, by its very nature, could determine its own direction and development, striking out in any direction it sees fit, for peaceful or nefarious means. The question is which paths will be taken, and by whom.

China’s drive towards increasingly more advanced systems, AI or otherwise, should be seen in the context of broader geopolitics and its place in the world. There is an intrinsic link between China’s wider desire to reshape its economy and political standing in the world and future technologies.

A technologically dominant China guarantees it a place at the top table of geopolitics in the long term. Furthermore, it ensures the long-term stability and survival of the Chinese economy and, perhaps more importantly, the Chinese political structure and party.

An existential question, but a truly relevant one nonetheless, is the extent to which the future jobs market will be drastically reduced with exponential levels of automation. Subsequently, where does that leave the human work force, human capital and social capital more generally? Is mass unemployment an inevitable part of a future world? To a certain extent, this has already occurred in many industries, such as manufacturing and agriculture. However, AI presents an altogether different challenge, not just in the primary sector, but every level of employment.

Machines and inventions of the past were used to fulfil functions that required less human labour and in a more efficient manner. AI, on the other hand, with its capacity for ‘deep learning’, will take on this burden, becoming more efficient and working out better, more efficient, more effective ways of working in whatever capacity we (or it!) desires.