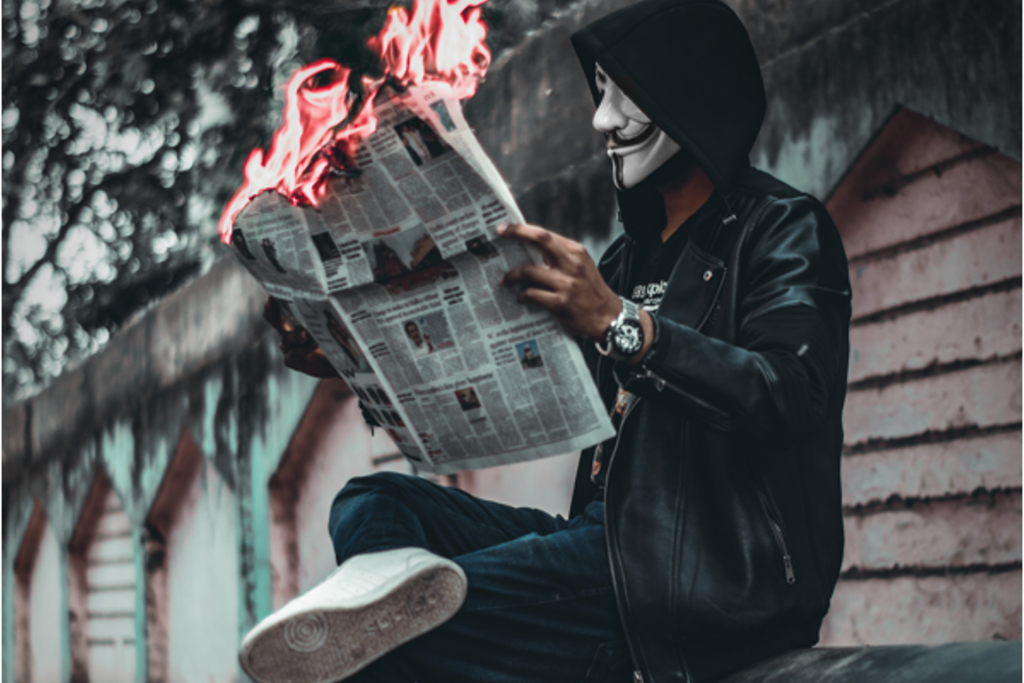 Regrettably, the coronavirus crisis has proven a fertile breeding ground for fake news and scams. It originated from America… it originated from China… it can be cured by a specific type of metal. While governments and health authorities have been quick to dispel these fabrications, it is symptomatic of the ease and breadth with which fake news can spread, and indeed corona itself has done nothing to stop the tide of misinformation that at times threatens to overwhelm traditional and social news media.

Only recently, a Russian-sponsored network was shut down in West Africa, comprising a number of Facebook, Twitter and Instagram feeds designed to subtly raise racial and societal tensions with America, in what is thought to be the first Russian-led operation based in Africa. Of course, the Russians are well known for financing, spreading and hymning fake news (as a cursory watch of Russia Today will confirm), much less deliberately interfering in world events, even if this content was not of a scale or severity seen elsewhere. But that such disinformation factories are being run from third countries adds an extra layer of complexity. It is established that Russia’s St Petersburg fake news factory (remarkably similar to China’s military unit) has been a major source of nation-state meddling, but the Nigeria/Ghana axis is illustrative of how easily operations can be replicated in perceived ‘neutral’ countries.

More to the point, some might not even know that they are contributing to a fake news web. While undoubtedly some of the African individuals involved knew what they were doing, it seems that most did not, which means that the disinformation spread was multiplied and worsened because those responsible did not think they were doing anything wrong. Deliberate propaganda is one thing and tends to be restricted to those with specific biases and motives, but the real curse of fake news is that it spreads so quickly, and so well, because it is not thought of as fake. This is just as applicable to the American retweeting off his own back a story about Obama’s ancestry, because he genuinely believes it to be true (a delusion fed by prior consumption of more falsehoods) as it is the unwitting Ghanaian who is asked to post content on behalf of a new organisation with which he can see no conflict.

Lest Russia be thought of as being unduly singled out, it is worth highlighting China’s attempts to sway the recent Taiwan election, Indonesia last year accused China and Russia pretty much equally of attempting to meddle with the electoral roll, and India is said to control pro-Modi networks in upwards of sixty countries worldwide. Not only does this ensure that ‘the message’ reaches any local diaspora who may be critical of the current regime, but it once again adds a layer between the message and the motive.

We therefore have a network of ‘assets’, both engaged and unwitting, working to further the spread of disinformation and fit a set of pre-decided conclusions and biases. The ultimate puppet-masters are far away and leave few, if any, fingerprints, making it a difficult task to prove culpability, even if this is well-known. Worst of all, there is practically infinite scope for activity; as soon as one channel is shut down another can start up, with different people and different means in a different country, and the chase must begin all over again. And in situations where world events can turn on what we read, and what we believe, the maxim is like that of hackers: we need to be lucky every time, they only need to be lucky once.

Whether it is the Macedonian town where the production of disinformation is the single biggest money spinner, or the clustering of online users/potential voters through analysis of fake news exposure and take-up, the practice has long been commercialised and politicised. As the world comes to terms with the uncertain future that corona poses, we must remain vigilant for the signs of fake news and ensure that it does not make a bad situation worse – and that the threat disinformation poses is not a single-issue problem.