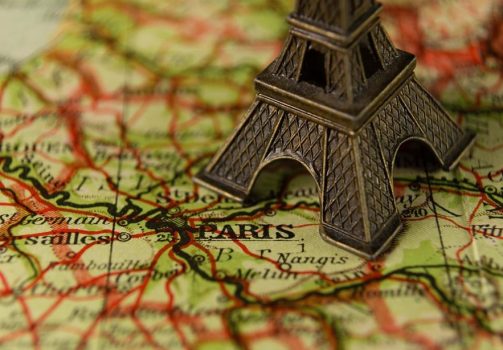 How quickly things change in politics. In April, Emanuel Macron was heralded as the latest saviour of Europe, having defeated the far-right challenge of Marine Le Pen for a second time and promising to remain leader of the fight against Putin – a statesman for our times. Now, he has lost control of the French Parliament and faces the humiliating prospect of needing National Rally support to get anything through. How did it come to this?

It is often said that the French are as likely to vote against someone as they are for someone, and certainly there was a sense that Macron accumulated second-round preference votes grudgingly, or because for many voters, he was the lesser of two evils. It is debatable just how much genuine support Macron has won because of his ideas and program, rather than being loaned votes by those who cannot abide the prospect of a far-right party getting in. And yet, this is now the situation, with National Rally’s 89 legislators denying Macron a Parliamentary majority. It is to be hoped that some accord can be reached purely on the basis of moving France forward, but there is genuine concern about the degree to which Macron should be engaging with a fascist far-right party he has spent the past five years decrying – and that domestic distractions will either prevent Macron from acting as the global statesman Europe needs right now, or shine a light on his inadequacies both at home and abroad.

For the first, there can be no argument that Europe needs a leader. Angela Merkel fulfilled this unofficial role for sixteen years but has left the political stage for good, and unity against Ukraine is both absolutely paramount, and already fracturing – Viktor Orban’s Hungary being the main troublemaker, but also with widening fault lines over sanctions and oil/gas divestment. Even deeper divisions are expected to arise over whether a negotiated settlement should be sought (favoured by western European nations) or whether the EU should spare no financial or military resource to see Russia defeated (favoured by those who believe they are next in the firing line). One would expect France as an EU elder statesman to be taking the lead in resolving these, but Macron’s remark pertaining to the need to not humiliate Putin has gone down extremely badly, suggesting that he remains a man of words rather than deeds who cannot take the firm position against the war criminal that he should.

Indeed, if Macron’s biggest recent achievement on the European stage has been convincing UEFA to move the Champions League final from St. Petersburg to Paris, then something has already gone terribly wrong.

As for domestic issues, Macron was tolerated rather than liked by the majority of the French – generally seen as elitist, out of touch and condescending. It is no surprise that the gilet jaune protests exploded on his watch and the sentiment has never really died down. The Parliamentary elections are thus, ironically, a better referendum on his position, than the presidential election was – free of the binary choice between the elitist or the fascist, voters could really let their dissatisfaction show. With the far right and far left much better represented than they were before, and a President not predisposed to ever compromise or negotiate, Macron faces three struggles: to get anything of note done in a divided Parliament, to convince businesses and investors that France remains a top-tier destination for investment when the country is clearly so riven, and to convince the world that he can take up the flag against Putin when he is so plainly unable to gain sufficient domestic support.

Such a fracture is almost unprecedented and shines the spotlight squarely onto Macron as a politician, with the coming weeks proving his toughest test yet in Paris, let alone the world. As with other European leaders, a photo-op in Kyiv may not be enough of a distraction this time. The world cannot afford to wait – but, crucially, neither can France, and Macron is about to find out that although a week is a long time in politics, five years can sometimes seem like a lifetime.