Frosty relations: Great powers in an age of war 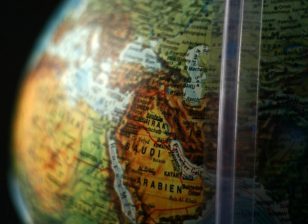 The invasion of Ukraine by Russia led to a collaborative Western response that targeted Moscow’s economic infrastructure, diplomatic status, and cultural reach. Of these, the economic action was the most intense, with the USA banning all Russian oil & gas imports and needing to find alternatives options for commodities. Understandably, the search quickly led them to the Middle East, specifically Saudi Arabia. Unlike the tentative overtures to Venezuela – a long-standing opponent in political and ideological terms – the USA has enjoyed warm relationships across much of the Middle East for decades. However, there are signs that deepening the US-Saudi relationship will not be as simple, or as rewarding, as the Americans would like – and that the conflict in Ukraine may have opened up faultlines between Washington and Riyadh that could have just as long-term an effect.

For the US, the equation is simple. It needs oil, and Saudi Arabia is the obvious choice to get it from. For almost a hundred years, American and Saudi Arabia have forged a solid if simple partnership which, although borne out of self-interest on both sides, remained beneficial and consistent. The Saudis provided oil to the US and received economic and military support in return. Indeed, this was one of the rare relationships that arguably got better under Donald Trump, with the former President being highly proactive towards and supportive of the regime of Mohammed bin Salman (MBS), despite the Crown Prince’s catalogue of human rights abuses, atrocities in Yemen and the assassination of Jamal Khashoggi. Aside from this, however, US-Saudi relations have been on a quiet decline since the millennium. In early 2000, Clinton was perceived as siding with Israel out of habit, at the expense of securing a Syrian peace deal and further steps towards a Palestinian state. Under Bush, there was consternation in Riyadh that the invasion of Iraq would (at the time) install some form of democracy and pull the country away from Saudi Arabia’s influence (not least when elections brought Shi’ites to power). And Obama supported the reformist and democratic motivations behind the Arab Spring and sought to restore Iran to the international fold through the JCPOA nuclear deal – both of which Riyadh could consider, at worst, to be existential threats.

Biden’s election has sent relations back down to, if obviously not zero, then certainly a frosty temperature. He has cast Saudi Arabia as a ‘pariah’ state and released a CIA report directly accusing MBS of explicitly ordering Khashoggi’s assassination, has indicated that he expects to deal with the indisposed, yet still nominally reigning, King Salman, and has delisted the Houthi militia (with which Saudi Arabia is at effective war) from being considered a terrorist organisation by the US. Above all, he is attempting to recover the JCPOA deal, leaving the question mark of existentialist threat hanging over Riyadh once again – at least as far as they see it.

In normal times, such matters could be dismissed as the mere cut and thrust of politics, but these are not normal times, and the splintering of US-Russian relations has thrown all others into sharp relief. While the US wants (and perhaps needs) to get closer to the Saudis in order to ensure both continuing oil for themselves and to keep the pressure on Russia, Saudi Arabia is understandably less keen to simply give the Americans what they want. It is not as though they need the money and being used as a political football will not endear any administration to the Saudis – particularly as, no matter how much Biden might try to ignore it, MBS is in charge for the long haul. The upheaval caused by Russia’s war is bleeding out, and into, sectors and societies worldwide. There is now perhaps a greater confidence within established relationships for one party to speak out and attempt to change the game, knowing that the crisis is allowing for another ‘new normal’ to be created. Alternatively, others are finding out exactly how much they need friends and support – and of the consequences when these disappear. At a time of virtual war, the exposure of just how much a relationship has declined compounds the already extant political and economic pressures and serves only to create further uncertainty in everything stemming from that relationship, from high-level treaties to simple exporting. Whether this is a sign that drastic measures need to be taken now to right the ships – or whether the leaks in the hold should have been plugged a long time ago – is for the reader’s own opinion.

So, it is clear that America is looking to deepen ties at precisely the worst time – not only because of Biden’s history of slights and gaffes against Saudi Arabia, but because the Kingdom is fully aware that it holds the upper hand. MBS has stated publicly that Saudi Arabia’s relationship is becoming increasingly fractured due to the polarising nature of America’s attitude: a friend one minute and a pariah the next. The Kingdom is not, at this moment, particularly inclined to produce more oil for a country in its ‘dismissal’ phase. However, it is clear that the faultlines in the bilateral relationship have been present for more than twenty years, and that the war in Ukraine has exposed them to a far greater, and earlier, degree than Washington might like. America is now forced to place every aspect of its dealings with Saudi Arabia under the microscope and assess whether its broader foreign policy towards the Middle East might have to change as a direct result of a conflict that has, militarily at least, taken place four thousand kilometres away.

And from the Saudi Arabian perspective, America may not even be the most appetising market any more. The Kingdom has been considering making deals with China that would drastically change the power balance within the oil market. China is the Saudis’ biggest customer for oil and, if the Russia-Ukraine conflict forces divisions to be created across a much larger political and economic sphere, China might ultimately be a more beneficial bedfellow for MBS. Not least because discussions are being held about whether purchases of Saudi oil should be allowed in Chinese Yuan for the first time – strengthening the Chinese currency, weakening the purchasing power of the US Dollar, and shifting the economic balance in China’s favour. Given that Beijing is already the predominant manufacturing/trading partner for much of the world, it would seem to make sense for the Saudis to hitch their wagons to China rather than an American administration that cannot decide on whether it comes to praise the Saudis, or to bury them.

This is not to say that Saudi Arabia will automatically pivot from West to East, but it now has the possibility to use both America and China for its own ends, to play them (and their economic fears versus practical necessities) off against each other for her own gain. With both America and China, the dominant military, economic and influential powers, courting you, you can essentially name your price. Why choose one economic superpower when you can choose both? Closer ties with China seem inevitable – the challenge for America is to ensure that the scales do not tip irrevocably against them.

And aside from state-level relations, there is increasing evidence that governments must ‘sell’ reputational and moral issues to their voters with just as much zeal as they negotiate the deal in the first place. The irony and hypocrisy of the Biden administration not only attempting to deepen financial ties with a man he has essentially called a criminal, but to be appealing to one dictator at the expense of another, is not lost on anyone and the moral high ground over Putin’s actions is lost in the lack of meaningful response to those of MBS. Particularly when it comes to oil, increasing supply from anyone will go down poorly with the environmentally-conscious. At its worst, the Democrats could be accused of directly propping up one dictator to make a point to another. And when does this stop? If Saudi Arabia were ever to invade Israel, Iran, or Yemen under the pretence of restoring order or stamping out a rogue state, would we immediately condemn them and turn to the next oil-rich demagogue in line (hello, Venezuela!) or just accept that the wheels of diplomacy may not be greased, but they definitely need to be oiled?

These are the kinds of challenges that nations must now confront – that what is happening in a relatively localised area is having a ripple effect on the entire world, and relationships that were strained if stable, have now been thrust out into the open as governments attempt to find a way through the crisis. The America-Saudi relationship may be the most notable, but it is by no means the only one to falter as a reality previously thought immutable collapses in short order. With certainties upended and the future largely unwritten, America – and the world in general – will have to plot a very careful path or it may soon be unable to afford far more than hypocrisy.