Hell To Poyais: the Air War in scams 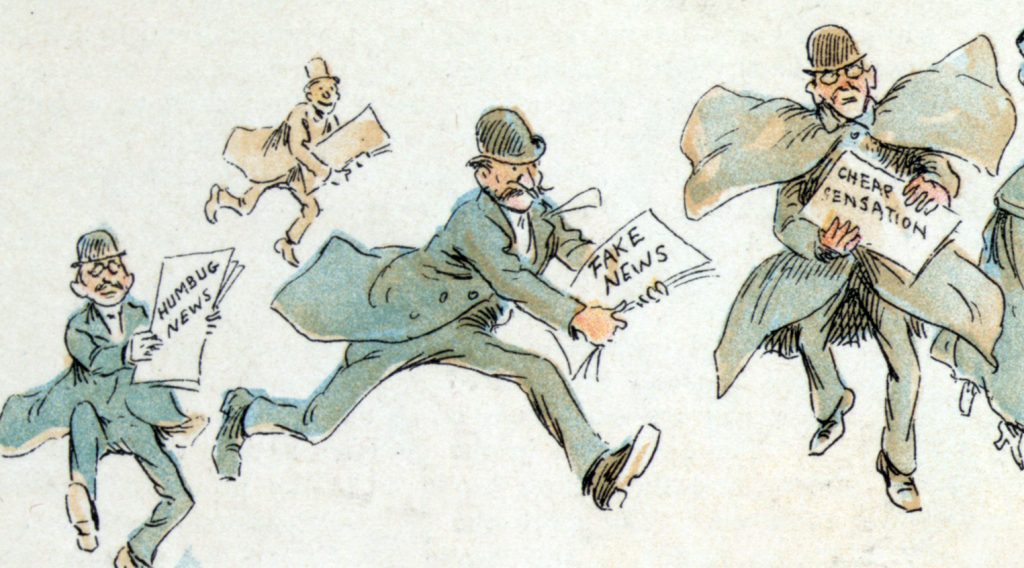 Political campaigns are fought on two fronts: the ‘ground war’ (doorstepping, rallies) and the ‘air war’ (advertising and social media). While it would be unlikely that a candidate could win using one stream alone, there is considerable debate over which is more effective. Is it the ground game, where time and effort is made to work face-to-face, or is it the waves of advertising and promotion? Whichever is better, the same principles – and problems – apply to the ‘great game’ of intelligence. With a fight on two fronts, corporates and individuals need to be more aware than ever of how their coercion may be leveraged – and not just for a vote…

The concept of ‘fake news’ is long established in politics and the media but this has been around in the corporate world for much longer than in the public eye. We might consider the case of Poyais, an entirely fictional country created by the scam artist Gregor MacGregor in the 1820s. Siting his non-existent state in Central America, and claiming it had abundant natural resources, MacGregor began to sell the land and settlement rights to the eager and naïve, doing so through a (for the time) comprehensive media/propaganda campaign: leaflets and flyers handed out on the street, interviews given in newspapers, a formal ‘Guide to Poyais’ containing apparent maps and histories of the country, and even a collection of songs extolling the virtues of Poyais was published. So successful was this tactic that over 500 people had bought a stake in Poyais by 1823, and two ships with close to three hundred adventurers set sail to establish a settlement – armed with land certificates, Poyaisian dollar notes, and led by the newly-created lieutenant-colonel of the 2nd Native Poyaisian Foot Regiment. None of which would prove to be any good at all in the ruined, resource-less land in which they ultimately found themselves. Over half of the settlers died and fewer than fifty made it back to England.

While it quickly became clear that Poyais was nothing but a fraud, and MacGregor was forced to flee (not that this stopped him repeating the trick), the damage was done. The development from the ‘Spanish Prisoner’ type of confidence scam was clear: here was an ‘opportunity’ built not only on hearsay and gut instinct, but with apparent substance to back it up: the maps and histories written down in the Guide, the wealth of testimony in the newspapers and through the songs, the hearsay from investors whom MacGregor has already convinced spreading the word naturally, even to the point of inferring official approval via the land certificates and the bank notes.

Many a prevailing view would have been – this could not possibly be a scam; the fabric is too broad; the substance is too tangible. Could someone really go to the effort of creating such a fiction? As we know all too well now, the answer is in the affirmative, but the ease and speed with which Poyais captured hearts and minds is not wholly alien to today. Many an opportunity is seized for ‘fear of missing out’, without taking the time to seriously and critically consider whether everything is on the level. As the unfortunate settlers learnt, taking what you see and hear at face value can have heavy consequences.

But more than this, Poyais represents the Air War working with devastating effect. MacGregor understood the propaganda side, the creation of the maps and promotion in stories and the songs that would give the un-sceptical the belief that everything was fine, but he went further and established channels beyond ‘the media’ itself: the bank notes printed at the Scottish mint, or obtaining a genuine loan through the London Stock Exchange. This essentially becomes self-reinforcing: one believes in the scam because of the propaganda, and the propaganda is given more weight because of the people who believe in it.

To avoid the Poyais whirlpools of today, it is clear that the importance of the Air War cannot be underestimated, nor the transmissions made through it be taken as gospel truth. Even in a world without Trumpism and political propaganda, there would still be corporate scammers using the Air War to have their own victories. Healthy scepticism, verification and an attitude of care will go a long way to avoiding becoming a victim. But best to avoid a rousing chorus of ‘We’ll all a’gang to Poyais thegither’, to be on the safe side in any case…