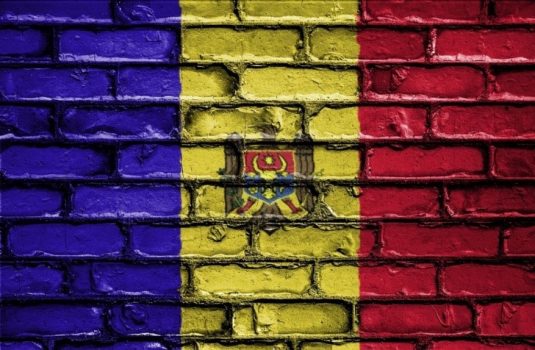 In previous articles, KCS Group Europe has reported on the Kremlin’s strategy to fund pro-Russia politicians and influential figures in various Eastern European nations like Hungary, Czech Republic, Poland, Bulgaria, and Romania. Next on the list is Moldova. The small Eastern European nation finds itself in a very difficult position regarding Russian influence – arguably, more so than the other nations mentioned above. Since the invasion of Ukraine, Moldova has received an enormous amount of pressure from Moscow because of its pro-Ukrainian stance during the war. Unfortunately for the pro-Western government, the country relies heavily on Russia for its energy needs, due to a lack of natural energy resources. As a result, the government is facing increasing civil unrest fuelled by the populist party Șor, led by oligarch Ilan Shor.

Shor is best known for being a part of the theft of US $1bn from three Moldovan banks in 2014, dubbed the “theft of the century”. He was arrested and convicted of fraud in 2017 but his prison sentence did not last long. Now, he is the President of the Șor party and was key in instigating the ongoing 2022 Moldovan protests. But his role is far more consequential than that. Shor is often referred to in Western media as “the Kremlin’s new man in Moldova” and is alleged to be on the payroll of the Russian Federal Security Service (FSB). He has even been bestowed a moniker by the FSB – “the young one”, according to intercepted communications to Shor’s party. His work for his employer (the Kremlin) is to incite political unrest in Moldova and to push a pro-Russian stance in the government and the country.

As of 26 October 2022, Shor, along with other key opposition figures, have been sanctioned by the US for “being responsible for or complicit… in interference in a United States or other foreign government election for or on behalf of… the Government of the Russian Federation”. Another key individual sanctioned was Igor Chaika, a Russian businessman and oligarch, son of the former Attorney General, Yuri Chaika. From 2016, Igor Chaika has been working with the FSB as their point of contact in Chisinau. Using his father connections, the young oligarch amassed a large portfolio of companies in Russia and Moldova, and it was said that companies the FSB used, and is using, as a front to launder millions to the collaborating political parties in Moldova, mainly Șor and the Party of Socialists of the Republic of Moldova (PSRM). Some of these illicit campaign funds were used for bribes and electoral fraud.

Chaika’s sanctioning stems from his co-operation with the FSB and his involvement to undermine President Sandu in the 2021 Moldovan elections. According to the United States Treasury, Chaika “brokered a peace” between Șor and the PSRM in exchange for receiving support from the Kremlin for legislation, which included a law to strip Sandu’s control of the country’s intelligence agency. Chaika is also business partners with the former President’s brother, Alexander Dodon, so it would be hardly surprising if Chaika was also working with ex-President Dodon to further Moscow’s goal.

Russian involvement in Moldova flourished in 2016 when pro-Russian President, Igor Dodon, came into office and, until 2020, the FSB’s primary partner in Moldova was his party, the PSRM. However, during the Covid-19 pandemic, he was voted out of office after he was implicated in a series of corruption scandals. According to one video leaked in 2019, Dodon admitted to receiving funding from Russian institutions and companies, including Gazprom, and stated that he required US$800,000 to $1 million per month to cover his party’s “running costs”.

Since Dodan left the political scene, the FSB have found their new front man in Shor. While Shor can be seen as the main figurehead in the Kremlin’s most recent attempts to subvert the former Soviet republic, he is just one out of many in Moldova currently on the FSB’s payroll. Ukrainian intelligence reports have shown that the FSB is currently directing tens of millions of dollars from Russian state companies to develop a network of pro-Russia Moldovan politicians and direct the country back towards Moscow. Shor and Chaika, although recently sanctioned, will most likely endeavour to continue their work for the FSB in “putting Moldova on the right track” so it is once again unequivocally under the influence of Russia.

Maia Sandu (the current President) and her government have their work cut out for them. If the pro-Western government is to survive the harsh winter, they will need to have their energy needs met from the EU or face extortionate prices from Gazprom, which will have a negative knock-on effect for the rest of the country, meaning public discontent could rise even more. Naturally, Shor and his party will capitalise on this to incite more protests and apply more pressure to the government to either force them to stay reliant on Russian energy or trigger an election and risk losing at the behest of an increasingly struggling population.