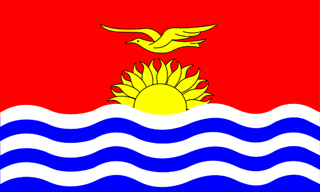 The last-minute, unexpected withdrawal of Kiribati from the Pacific Island Forum has caught the region by surprise. As nations from Palau to Polynesia prepare for the 2022 edition of the summit, Kiribati’s sudden exit – and the stated rationale – has thrown into disarray the ‘unity’ of the Pacific community, at a time where this is more important than ever. But, while the remaining Forum members (not least Australia and New Zealand) attempt to both encourage Kiribati to reverse its decision, and insist that the ‘Pacific’ as a whole remains united, might there be a darker motivation behind Kiribati’s exit and the uncertainty now created?

The Pacific Island Forum has, over the past fifty years, served as a mechanism to bring the islands of the ocean (which individually are tiny in both economic size and political weight) together in a comprehensive trading, developmental and political alliance. While Australia and New Zealand provide political leadership and a great deal of economic & trading support, primarily, the Forum is for the small islands to collectively punch above their weight – for instance, via the Pacific Island Countries Trade Agreement or making the case for expanded global climate policies – and if we were to put our realist hats on, a useful tool for the West to use as a further bulwark against increasing Chinese economic and political expansionism.

Kiribati considered leaving in 2021 before deciding against it but has finally ‘pressed the button’. The official line is the Micronesian states feel ignored and discriminated against, when compared to the Polynesian states in the Forum – notably the Micronesian candidate for Secretary-General in 2021 was passed over in favour of a Polynesian candidate despite an informal agreement to rotate, and only geographic and political ‘balancing’ was enough to keep them at the table last year. Now though, Kiribati cannot be dissuaded. It appears that the concessions are no longer enough, and Kiribati does not feel that its best interests (or those of the Micronesian sub-region) can be best served by remaining in the Forum. Where it goes from here is harder for the Kiribati leaders to pin down: the Forum is, after all, the pre-eminent regional bloc for a reason, and should fellow Micronesian states (Marshall Islands, Nauru, and Palau) not follow suit, then Kiribati will look extremely isolated.

And yet, while there was (last year at least) a case to be made that the interests of Kiribati were not being adequately represented, there could be another reason for the sudden withdrawal. Compared to its neighbours, Kiribati is more accommodating to China in both word and deed, most notably switching its diplomatic recognition to Beijing from Taiwan in 2019 in a definite, and likely permanent, shift. While this is true of all but four Pacific Island nations, Kiribati has become a recent focus for Beijing, not only because of the recency of its policy shift (a ‘strike while the iron is hot’ attitude) but because it offers territorial and literal lines in the sand: not least the Kanton Island Airstrip on the edge of Kiribati, just 3000km away from the main US regional base in Hawaii. If China rebuilds this, then Kiribati’s economic and political debt is one thing. If it is a precursor to a rumoured security agreement that would actually allow China to land troops on Kiribati soil, then that would significantly disrupt Pacific security and throw into doubt the political and economic stability of the region.

For its part, China is keen to expand its Pacific fishing activity, potentially illegally into exclusive economic zones, as well as its economic and political influence more generally. And while there is zero proof, Kiribati’s quitting of the Forum on the eve of the most important summit yet on Beijing’s instructions, to cause as much consternation as possible, in return for future concessions or support, would certainly be a move straight out of Beijing’s playbook (and has been cited as such by the Kiribati opposition leader, Tessie Lambourne). In such a situation, it may be that Kiribati has decided that its regional interests can better be served by China than by Australia, New Zealand, and its own neighbours – implying assurances that Chinese pre-eminence in the Pacific is only going to go up…