Moldova: in between a rock and a hard place 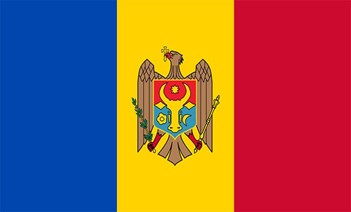 Moldova finds itself in a tricky situation currently. Since the invasion of Ukraine, the neighboring country has struggled to maintain its support for Ukraine and its pro-Western stance while, at the same time, receiving an enormous amount of pressure from Russia. The lack of natural energy resources means Moldova relies heavily on Russian natural gas and imports almost all its energy from Russia and Ukraine. At the moment, Ukraine is in no position to supply energy to Moldova, so the pressure exerted from the Kremlin is certainly being felt. Moldova’s President has recently warned that the country runs the risk of “running out of gas and electricity” this winter. The crossroads that the government faces is putting its people or its own geopolitical interests first. The tug-o-war for Moldova’s future is in full effect.

Initially, many geopolitical commentators thought that the world would see an attack from the unrecognized breakaway state, Transnistria. Even though it is internationally recognized as part of Moldova, the territory has a strong military presence, some of which are Russian. The troops in the breakaway region would not be enough to overwhelm the Moldovan forces, though many feared it would be the initial strike from the Russians with reinforcements from Ukraine following suit. However, the unexpected but remarkable resistance of the Ukrainian people, means the fear of Moldova being invaded by Russia after they dealt with Ukraine seems to have fizzled out for now. The small eastern European nation has a modest military which most likely would not have been as successful as their Ukrainian brothers. But as the Ukrainian resistance has successfully kept the invaders at bay, Moldovans have now moved their worries to the ongoing energy crisis that is plaguing Europe.

As mentioned above, Moldova is now almost entirely reliant on Russian energy. Moldovan energy companies only produce roughly 30% of the country’s energy needs, and before the war, Ukraine was a key supplier. Since then, negotiations with Gazprom have become vitally important. Deputy Prime Minister, Andrei Spinu, who is tasked with negotiating oil imports with Gazprom, sounded the alarm about the country’s energy situation, saying that the oil company has cut its delivery of natural gas to Moldova by 40% since the war. Moldova, led by a pro-Western government, denounced the invasion from the very beginning, taking an extraordinary risk which has put pressure on the eastern European nation.

The Transnistria region is home to Moldova’s largest gas-operated power station, which supplies about 70% of the country’s electricity needs and recently, it has stopped supplying the rest of Moldova with electricity. President Maia Sandu has accused the breakaway region and pro-Russia political forces in Moldova of inciting fear and anger in the people to create chaos in the country to divert attention from its path towards the European Union. In June, Moldova, along with Ukraine, was granted EU candidate status.

Sandu listed over twenty Moldovan and Russian individuals and entities sanctioned by the U.S. last week for assisting Russian efforts to manipulate Moldova’s politics. The group included Ilan Shor, an Israel-based Moldovan oligarch, and the leader of the populist Shor Party. His supporters staged protests in Chisinau in October, chanting slogans against the government’s pro-Western policies and carrying banners with slogans such as “No to Cold War, no to cold winter.” Shor, whose many red flags associated with him, has allegedly been working with Russian and Moldovan oligarchs and Moscow-based entities to create “political unrest” in Moldova and to undermine the country’s efforts to join the EU.

Moldova faces a challenging winter. Not only does the government have to focus on supplying energy to the rest of the nation while trying to negotiate the rising Russian prices, but it also must fend off the growing threat of pro-Russian corrupt political opponents like Shor and his party. A seemingly impossible task for the small nation with an unlikely win-win situation. Sandu and her government have three choices: the first is to ‘bend the knee’ and accept the higher prices of Russian energy and whatever political consequences come with it. The second is to continue with its pro-Western path and risk civil unrest, fueled by the pro-Russian agents in the government and the country, which could eventually lead to a pro-Kremlin party taking office. Or the third choice could be begging the West for assistance. The EU, UK and US could elevate the pressure that Moldova faces by supplying some energy to the nation for the winter. It means the country can push back against the pro-Russian movement, keep its citizens happy and continue with its path to become a ‘Western nation’ and remove the shackles of the Kremlin.