Multipolarity and the Middle East: The not-so-beautiful game 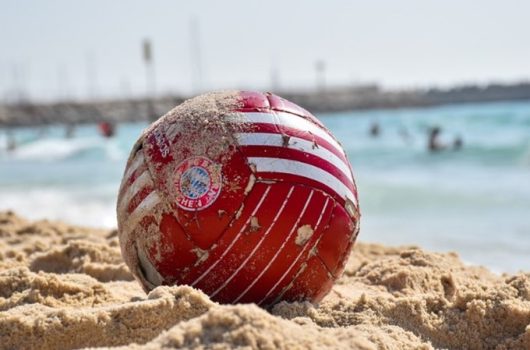 Four years ago, one of the defining images of the 2018 World Cup was of Vladimir Putin and Mohammed bin Salman together in the stands, sharing a joke as hosts Russia hammered Saudi Arabia five-nil. There will be no such repeat this time, given that Russia is – amazingly – too corrupt even for FIFA (which is another story). However, the relationship between Russia and the Middle East remains a strong one and, with Russian re-assessment rather than re-alignment being the mantra of the day, the region is looking to both continue working with Moscow and strike out on its own alike – a bold move that will require more than a little luck to succeed.

It took Abu Dhabi’s Mubadala investment fund (worth almost US$250bn) a little over a month to announce the public pausing of its work in Russia. The Qatari Investment Authority followed suit, with the heads of both organisations making bland statements about the need for ‘stability’ before their investments could resume – but neither, noticeably, defining what form that stability should take, leaving open the very real possibility that a Putin-controlled Ukraine would be just as acceptable to their financial interests as a free one. The Saudi Public Investment Fund never made any such pronouncement, and indeed its secondary investment firm, Kingdom Holding (officially the domain of Prince Alaweed Bin Talal but in reality, very much an MBS operation), happily invested US$500mn in the Russian energy sector both immediately prior to, and after, the invasion. Generally speaking, the Middle East’s sovereign wealth funds had the biggest exposure to Russia (Riyadh and Abu Dhabi being the largest, both with close ties to the government’s Russia Direct Investment Fund) and were the least vocal in their condemnation.

There are a number of reasons for this. Firstly, the sense that just as democracies do not go to war with one another, neither do autocrats nor dictators cross swords except for an extreme reason: take out the financial sphere and Russia is far more a kindred spirit to Riyadh and Abu Dhabi than any nation in the West ever could be. Secondly, the realpolitik that to do as the West has done, and attempt to completely shun Russia, is both unnecessary and self-defeating in the long run. And thirdly, the resentment that this is a schism over territorial sovereignty and integrity that the West is so keen to resolve, and yet the question of Palestine remains (to Arab eyes, at least) resolutely ignored.

Thus, it is that the Middle East, as far as generalisations can be safely made, is very much lukewarm at absolute worst on Russia, something which will inevitably feed into regional politics and bleed out into the international sphere. KCS Group Europe has been advised that certain, high-level back channels between Mubadala and Gazprom (and therefore, by extension, their controlling governments) remain very much active, as does sub rosa investment and exchanges. Efforts to secure Emirati funding to allow Russia’s Novatek (the second largest gas producer behind Gazprom, and one that humorously advertises itself as independent) to build a new Arctic LNG facility are ongoing.

Through regular application of regional influence particularly where the Saudis are concerned, Putin has been able to sway high-level opinion (whether financially or politically driven) to his side to the point that the White House Press Secretary was forced in early December to make the claim that ‘OPEC+ is aligning with Russia’. Of no lesser import is the expansion of airlines Flydubai and AirArabia Abu Dhabi to multiple destinations within Russia: there can be fewer practical signs that the Middle East is holding fast to its Russian ties by literally taking you there when other airlines will not. On top of all this, no Middle Eastern country supported the UN resolutions to condemn the war and Russia. If maintaining the status quo counts as a victory, then it is one that Putin is winning.

However, there are also signs that the Middle East is not totally beholden to the Russian way and is willing to use the crisis to secure aims of its own. With China’s President Xi presently in Saudi Arabia to foster stronger ties, having been less effusive about Beijing’s support of Moscow than the latter would have liked, Putin may yet be nervous that the dictators may indeed be sticking together, just with himself outside the tent (and six separate Middle Eastern nations being members of the Shanghai Co-operation Organisation tilts the balance of that organisation significantly).

Qatar for one has benefited enormously from the West’s decision to abstain from Russian oil and gas, making huge headway in planned sales to the UK and the expansion of Qatari-owned facilities in Wales, and Austria and Germany securing similar deals for natural gas – given that this is directly at Russia’s expense, these are the kind of deals that will further enhance the prestige and position that will see the Middle East forge even closer economic and political ties, particularly with the West unlikely to put itself through the pain of cutting off a new supply.

But more than this, the region sees Russia’s daily humiliation on the global stage as proof that the world is shifting to one of multipolarity, rather than the two or three ‘great powers’ approach that has been largely presumed since 1945. While such deals may be good for America and Europe, they are made because they will be better for Qatar et al – and a Middle East that is both growing in confidence in its own position, and more important in the global conversation, shifts the power balance towards the new power centres in Riyadh, Abu Dhabi, and Doha. Being aligned with everyone means that everyone is aligned to you – and so it becomes harder to both cut you out of the conversation and stop you dictating its future course.

It is not as though the Middle East is overly interested in making concessions to the West. Qatar’s hosting of the current World Cup is a case in point: claims of human rights violations have been repeatedly ignored, the rhetoric on ‘respecting’ a culture that criminalises homosexuality enhanced, and just two days before the tournament began, it was decided that alcohol would not be available in stadiums after all. This is not the power of sport bringing change to the region, this is the region using sport to solidify the imposition of its own ways and whims regardless of how these are seen elsewhere. For Qatar in particular, the tournament provided an opportunity to flex its muscles not only to the world at large, but to its neighbours and enemies alike in the Middle East: to say that they faced down the disapproval of the West and carried on regardless, and that they alone can parlay the global focus that the World Cup brings into greater future success. It was not so long ago that Saudi Arabia was talking about digging a radioactive trench on the border between the two countries. Now they cheer for each other at football.

What is increasingly bringing the Middle East together is an understanding of, and an absolute willingness to act on, the new tensions and realities of the global political and economic situation and their growing role to influence it. And whether that is alongside Russia and the West, or apart from them, is ultimately immaterial to a region that sees the advent of multipolarity, and the collapse of global hegemony, as opportunity that’s too good to miss.