Peril between the Peaks 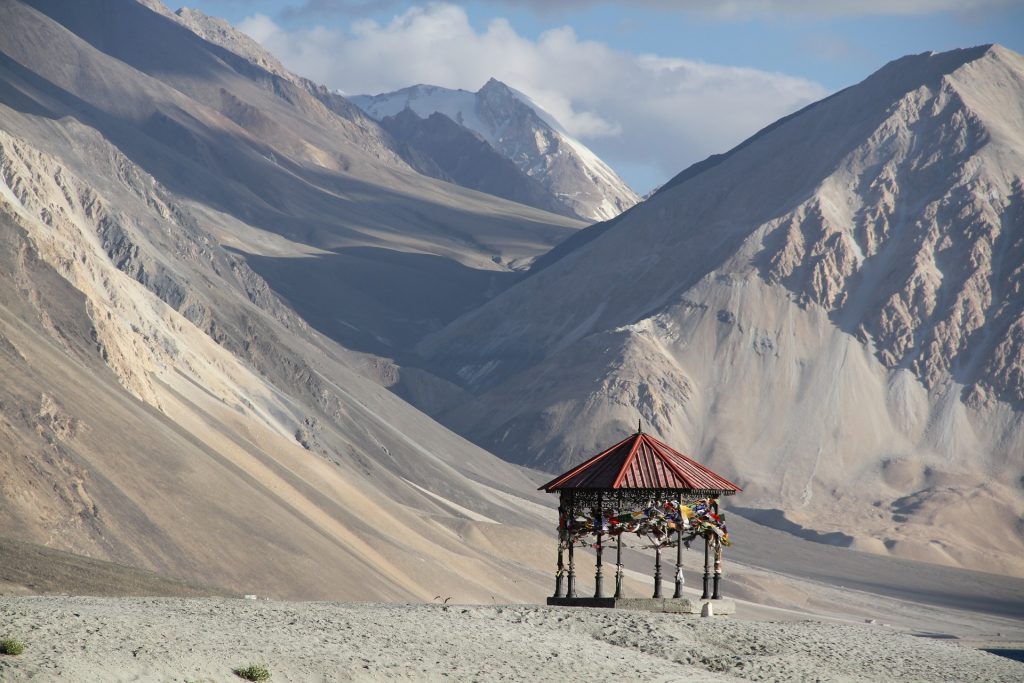 At the confluence of two diametrically opposed cultures and religions, conflict has stalked the high peaks and valleys of Kashmir for centuries. Last month saw the latest and most serious flare up between India and Pakistan for twenty years. Worryingly though, this is not an isolated event, but another in a series of escalating tit-for-tat actions. Despite both countries having nuclear capabilities, there is little political, economic or societal will to seek resolution.

Regular disputes have arisen since independence in 1947, including three wars and endless skirmishes, but the shooting down of fighter jets on both sides is a frightening first for the two emerging superpowers. One can see this becoming a hallmark of relations to come, as each continually probes, tests and provokes the other, searching for the upper hand. The last five years has seen an almost annual renewal of fighting.

In fact, the domestic policy of both countries encourages confrontation across the border. The Pakistani and Indian armies must justify their enormous budgets not only to their governments, but also to their people. Currently tolerated, incursions over the border will certainly increase a sense of nationalism, but also raise questions over their ability to secure the territorial integrity of their respective nations. Neither side, however, can be seen to blink first. At a time of immense progress and growth it will be interesting to see how this dynamic will develop.

The situation is further complicated by the involvement of terrorist groups operating out of Pakistan, something tolerated but denied in Islamabad for decades. The recent problems were triggered by a suicide bomb that killed 42 Indian soldiers. Jaish-e-Mohammed, who many claim have strong links with Pakistan’s own security services, claimed responsibility. They have waged a violent campaign, carrying out attacks across Kashmir in an effort to ‘liberate’ Kashmir and merge it with Pakistan. Tolerating the group’s existence allows Pakistan to disrupt and destabilise Kashmir without being directly involved. It has certainly been an effective strategy in the past.

However, the rules and norms have now changed. India is now happy to cross the border into Pakistan controlled territory. The American effort to capture Osama Bin Laden in 2011 was a watershed moment in this regard. In response to the attacks in Mumbai in 2008 Pakistan and India mobilised troops on both sides of the border, but restraint was exercised, resulting in a de-escalation of the situation and the gradual removal of troops. One could have hoped that the release of the Indian pilot shot down, Abhinandan Varthaman, could have been the moment both countries stepped back from the brink. However, each side immediately began shelling towns and villages across the border.

The previously accepted norms of engagement now no longer apply. This was the first major incursion by aircraft over the border since 1971. Arguably, the actions of the Americans has had unforeseen and long-term consequences in this regard, giving India the legitimacy and historical narrative to act in defence of itself, despite the aggressor not being the nation of Pakistan itself.

The recent situation couldn’t have come at a better time for Indian Prime Minister Narendra Modi and his Bharatiya Janata Party (BJP). Perhaps, recent events are even being fanned for maximum exposure. Having been elected on a ticket of economic competence and with elections looming, the BJP has struggled to turn a poor economic record around and retain key areas of support. It’s brinkmanship, version of extreme nationalism and foreign policy may just be the remedy it needs going forward.

Furthermore, Chinese interest and involvement will have an increasingly pivotal role in the coming years. Much like the Indo-Pakistan conflict, tensions in recent years between India and China have escalated. This is worth greater analysis, considering the broader geopolitical implications of three superpowers all competing over the area. Look out for the next chapter in our story later this week.