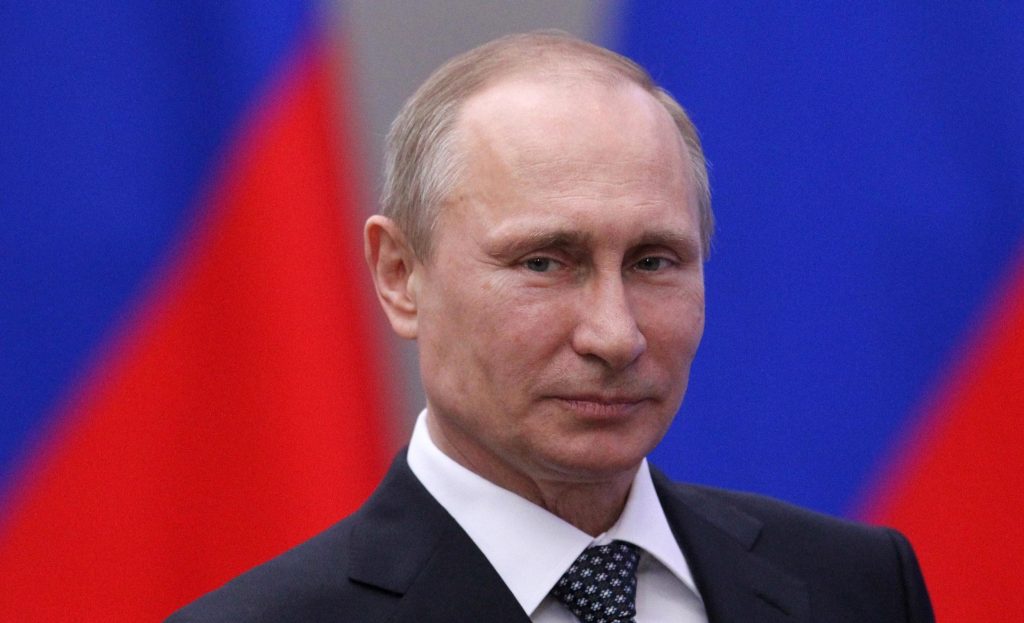 I would like us all to try something a little unusual today, if only as a sort of thought experiment to help cut out some of the noise we have been constantly being bombarded with on a daily basis over the last year or two.

Put to one side the mainstream media and politicians’ rants and ravings over how Putin has been personally responsible for all the current failings of the world establishment (including but not limited to Brexit, President Trump’s victory, all cyber crime, North Korea and the weather) and place ourselves in Putin’s “moccasins” for a moment.

What would you imagine Putin’s primary concerns are as things stand today?

Syria?
Syria is certainly a pre-occupation of his. Whether you like or agree with Putin or not, you cannot argue with his logic where Syria is concerned. If the US and its allies remove Assad from his throne, a power vacuum would undoubtedly develop, and an even worse leader emerge, an unknown who could potentially end up causing Russia further problems down the road when viewed from a geographical or geopolitical perspective.

History (even just modern) is replete with examples that prove Putin’s point in this instance. “Better the devil you know than the devil you don’t.” In addition, he wants to keep US troops away from his borders. He feels that Syria is just a step too close for comfort given the US’ notorious predilection for ‘mission creep’. He already has to keep an eye on Turkey and does not want to give Recep Tayyip Erdoğan any reason to allow US troops to station themselves directly on Putin’s borders.

For the moment, President Trump seems to be in line with this thinking and has kept US boots away, which at least maintains the status quo. If Putin succeeds, Assad will undoubtedly be in his pocket thereby relieving some of his concerns while strengthening Russia’s position over the southern bordering country, Turkey, though this is a long game.

North Korea
North Korea is problem that threatens not only peace in the Russian region but also to close the gap between the borders of Russia and US troops from yet another direction. At least as far as appearances go and, if we try not listen to the constant media doom-mongering that claims Kim Jong-Un and Trump will bring about WW3, things do seem to be settling down. In this instance, it is in everyone’s best interests (US, Russia and China) to settle this issue via pressure applied by the big-3. Maintaining the status quo here will certainly be of high priority to Putin.

The EU
Long has been the distrust and dislike between the EU and Russia (Putin specifically). Arguably, if we again put aside the propaganda from the mainstream media, it was the EU interfering with the relationship and development of a deal between Ukraine and Russia that forced Putin’s hand over Crimea and Ukraine.

Putin certainly has reason to believe the EU’s meddling in Russian affairs will continue given the massing of NATO troops being deployed in Estonia, Latvia, Lithuania and Poland. There is even the possibility that Poland and Hungary’s current ignoring of EU immigration laws could conceivably be part of a tacit agreement between these countries and Russia to cause further internal EU fractures and weaken the Union’s support while it tries to deal with Brexit.

If so, this is an excellent move; the EU’s own rules only allow for the suspension of those countries voting rights and only if there is agreement across the other 27 nations – highly unlikely. Note, this assumption does not imply Putin caused Brexit (he didn’t), but does suggest that he is clever enough to use it to his advantage.

Putin’s end game is two-fold; leave a good legacy as one of Russia’s great leaders and, while he’s doing that ensure he has strengthened the country’s position against the risk and threats posed by hostile actors that pressure his western and southern borders!