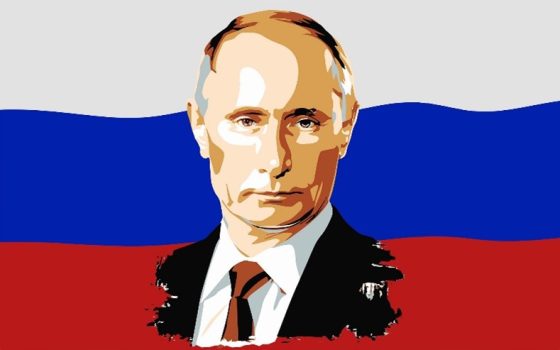 Vladimir Putin’s efforts to change the world’s balance of power requires not just a strong military, but serious influence over the world’s oil & gas markets, and to be really effective, he needs more than just Saudi Arabia and Iran on side – he needs control directly or indirectly of South America’s oil production as well.

As the war in Ukraine drags on and results there not as forthcoming as he had hoped, the pressure is mounting on both him and the Kremlin to close potential geopolitical trade deals that would stop the US regaining political traction in the region. The stakes are such now that Putin has to get those deals completed. He might be prepared to use mafia-style gorilla business practices to achieve his objectives, but would prefer to use ‘diplomacy’, and that option would appear to be open to him.

Even long before the first cold war, Russia – then the Soviet Union – had strong diplomatic and economic connections all over the Central and South American continent, to some extent aided by the former Soviet bloc’s understanding of Communist-run countries and how they operated. Despite those connections and ties, not achieving quite the desired effect in the past as a result of US intervention – think Cuban missile crisis – Russia never actually gave up its ‘diplomatic’ outreach and trade relations across the region, even though it appeared to.

Clearly, within the context of chaos the world finds itself today, Russian political ‘outreach’ began again in the region in earnest decades ago. Putin knew what was coming and he planned for it. If he couldn’t gain direct and complete control over the oil production in the region, he would at least be in a position to disrupt it. Political adviser John Bolton desperately tried to encourage the Trump administration to remove Nicolas Maduro from office in Venezuela, fearing his close relationship with Russia.

Nevertheless, that, and later attempts via the Biden administration, failed to replace Maduro with an American ally and – naturally – the Kremlin took the opportunity to offer a more friendly deal involving oil technology transfer, investment funding, arms of all kinds, etc. and not try to remove him from office or hold him to account over human rights or strong-arming opposition leaders. As a result, Caracas is firmly on Russia’s side. Given the country’s massive oil reserves, and direct value to Putin geopolitically, claims that the Russian mercenary company, Wagner Group, is protecting strategic assets is highly probable.

Cuba has also courted Russian (as well as Chinese) aid and investment. Indeed, where Russian ‘aid’ is concerned – and proof that Putin has been pushing his plans to influence the region for quite some time – in 2013, Russia cancelled 90% of Cuba’s debt. It was clear at the time that Cuba would never be in a position to pay it off in cash anyway. Yet, that did not mean Putin was being charitable. The conditions of this debt relief were never made public, but Cuba is now the loudest supporter of Russian diplomatic positions and Russian business has been provided with extremely easy access to Cuban oil and other mineral resources.

Moreover, one should not forget Brazil, Mexico, and Argentina. Although friends of both Russia and the US, Mexico and Argentina are in an extremely difficult position. Slowly they are beginning to find their long-standing relationship with the US becoming less beneficial. In 2021, Mexico was the beneficiary of Russia’s ‘vaccine diplomacy’ in the form of 20 million Sputnik-V doses. For Argentina, it began slightly earlier (along with Bolivia) and amounted to 30 million, though there were delivery issues in the beginning. In 2013, Russia’s Lukoil partnership with Eni discovered an oilfield in the Gulf of Mexico (believed to be some 250 million barrels of oil). Despite great pressure to do so, neither Mexico nor Argentina was prepared to sanction Russia over its invasion into Ukraine, although they did both call for a peaceful resolution.

That Argentina is more openly in support of Russia can be seen in statements made by President Alberto Fernandez. He has called for deeper bi-lateral talks, collaboration in nuclear energy and offered to develop methods to help provide for Russian presence in the region. As with so many Latin American countries that have spent far more borrowed money than they could ever pay back, thus finding themselves now at the mercy of the IMF and other US financial institutions, Buenos Aires clearly sees Russia as some kind of ‘knight in shining white armour’ that will save them from the crippling financial crises they themselves have created.

Russia plays on this, giving the impression that somehow Russia will save them from decades of reckless spending and mismanagement of economies while demanding nothing of consequence in return. While these leaders will not be forced out of office or held to account for various human rights issues or becoming heavy handed with their people by the Russian government, if they believe that all will be smooth sailing from here on in, they are soon going to find they are as inept at judging a deal as they have been at balancing budgets and running economies.