Sri Lanka: A Rock and a Hard Place 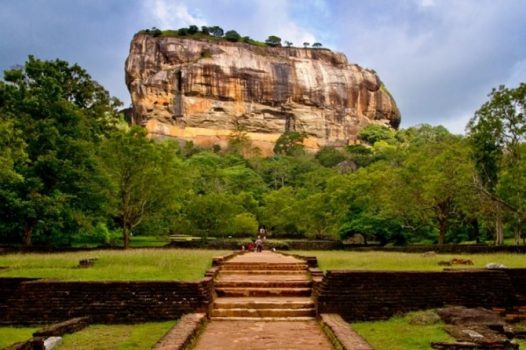 After weeks of protest, violence and crises, the Sri Lankans finally have their man. President Gotabaya Rajapaksa has resigned and, as the one held personally responsible for the months of fuel, food and medicine shortages, and the veritable collapse of the Sri Lankan economy, the delight felt by those citizens currently enjoying ‘palace life’ is understandable. However, this rare example of the raw power of the ordinary person on the street actually working, should not be allowed to obscure the realities of the ongoing crisis in Sri Lanka, nor the so far unexplained answers for how the country gets out of this predicament.

Rajapaksa resigned on 14 July and fled to Singapore, although he has not ruled out returning – a prospect made easier by the Prime Minister, Ranil Wickremesinghe, being chosen as the new President in his place. Before he assumed this new role, Wickremesinghe promised to leave upon formation of an ‘all-party government’ aimed at pulling Sri Lanka out of the worst economic crisis in its history. This promise has now been dropped, immediately creating concern that if those responsible for the crisis refuse to leave the stage, a permanent fix is all but impossible. From a sheer statistical point of view, their defenestration is inarguable. Inflation is running at over 50%, with foreign currency reserves at zero, and rationing introduced for those rare occasions where essentials do become available. But this is not a sudden onslaught of bad luck, although admittedly, the Covid-19 pandemic played a part with the cessation of the tourist trade overnight. Sri Lanka’s economy has been mismanaged for ten years, and what perhaps started as ‘good intentions’, quickly developed into a slippery slope of failure begetting failure. The focus from 2009 onwards, at the end of the civil war, was on boosting the domestic market at the expense of paying much attention to foreign ones – leading to a massive import-export imbalance that saw debts for imports far outstripping profits from exports. Political decisions were also lacking, be it the slashing of taxes that wiped out 2% of GDP overnight in April 2019, or the spending of funds on Chinese-backed infrastructure projects that were rarely necessary, cost-effective, or even completed.

Sri Lanka has also been subjected to grand-scale corruption and cronyism over the past twenty years, thanks to the dominance of the Rajapaksa family, that has also contributed heavily to the current problems. The family secured themselves multiple major positions (including Finance Minister and a former Prime Minister) and ensured that politicians and business leaders alike had a vested interest in keeping the Rajapaksa family in power. Money laundering, embezzlement and state graft became common practice anywhere the Rajapaksas turned; and so numerous were they, and so broad their scope, that Sri Lanka was inexorably turned into a client state and bank account of its first family. It is to be hoped that the new unity government will expel all Rajapaksas and their cronies from any position of power… although this is a tall order, given that the family are embedded in Sri Lanka right down to the roots.

This endemic corruption, regardless of who might be heading the country, speaks to a bigger problem: can Sri Lanka actually be fixed? Not only in terms of stamping out the political class that see the economy as their own personal plaything, but in creating lasting economic change that will help Sri Lanka rather than hinder it. The IMF has hinted that it is prepared to extend a seventeenth loan of $3bn USD, but this would come with strict conditions creating a ‘deflationary’ economic policy that would, as Sri Lankan ministers have already admitted, cause ordinary debts, costs, and taxes to rise even further. The economic pain is not going away, and Sri Lanka will be in ‘survival mode’ for a few years before it can be a credible destination for businesses (if indeed, under the Rajapaksas, it ever has been).

And yet, there is one complication yet to be discussed. The outgoing President has asked Russia to provide emergency fuel as a literal matter of ‘life and death’ and has continued to buy Russian oil at a time when the rest of the world is boycotting everything coming from Moscow. In a similar vein to the charges of ‘debt-trap diplomacy’ levelled against China, this could compel Sri Lanka to take a more positive stance to Russia and accept a greater degree of influence. Should the rest of the world step in and do more to help Sri Lanka if this keeps the Russians out, even if this is essentially propping up a failed state and rewarding those that drove the country to this point? The debate over whether geopolitical concerns trump economic realities is a valid one – but for the Sri Lankan citizens, they have been between a rock and a hard place for years now, with no end in sight.