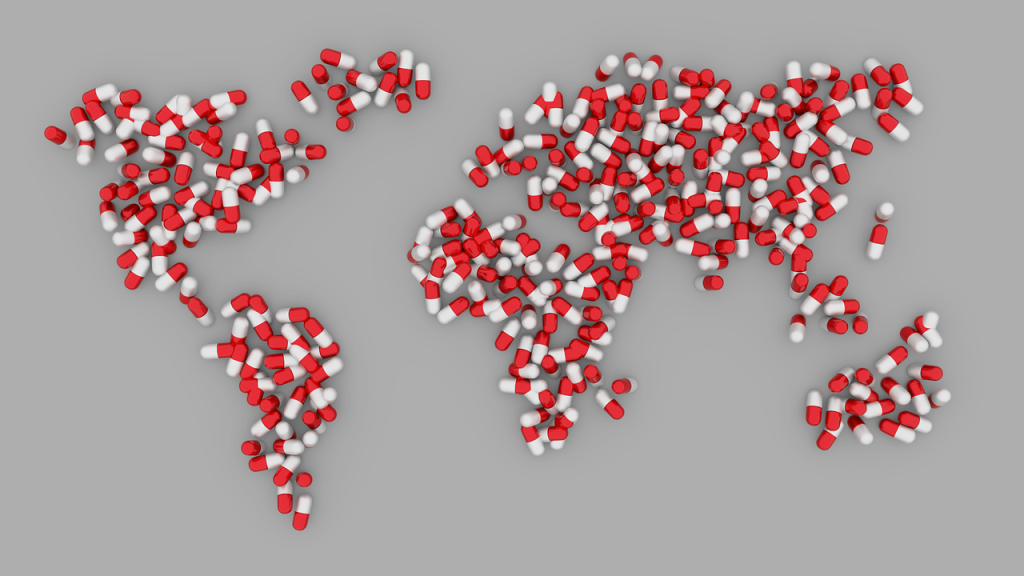 For those of us in lockdown and looking to binge on the latest boxsets, Netflix’s ‘Narcos’ is likely to be a popular choice. Detailing as it does the rise and fall of the drug lord Escobar and his cartel, such fare has been fertile ground for dramatisations, both real and imagined. But, as always, one needs only glance at the latest headlines to understand that events outpace, and outshine, any story.

We need turn only to the ongoing relationship between Venezuela and the United States to see this in action. Following last year’s coup-that-never-was, and America’s enthusiastic support of the challenger Juan Guaido, the Trump administration has now formally charged the President, Nicolas Maduro, and key officials as ‘narco-terrorists’, and effectively naming Venezuela itself as a narco-state. Under this citation, Maduro and his comrades are accused of flooding the USA with cocaine and of conspiring with longstanding rebels/terrorists/freedom fighters (delete as appropriate) FARC, to the point where Maduro now has a $15m USD price on his head.

So far, so Mr. Big, and certainly an element of this is political posturing – Trump’s preferred choice did not manage to overthrow Maduro, and the entire Venezuelan regime is clinging on despite the increasing sanctions, political machinations and general verbal assaults coming from America; quite an embarrassment, surely. But! This time there was a specific charge, that the influx of drugs was deliberately designed to ‘undermine the health and wellbeing’ of the USA. In other words, drugs were being used as a weapon.

If we accept this argument, then not only is Venezuela a state where ‘all institutions are infected by the power and wealth’ of the drugs business, but this is not just trafficking for trafficking’s sake: it is an expression of soft power and with outward geopolitical goals in mind. Guinea-Bissau might have been labelled as the world’s first narco-state almost ten years ago, but – if you believe the State Department – Venezuela serves as an object lesson for what could happen when state apparatus can be leveraged with an exclusively political intent.

This ability to utilise soft power has become ever more important over the last decades, as the threat of hot war recedes, and states seek other means of leveraging power and control. To some extent South America has experienced this already, with its various regimes being used as proxies between America and Russia in the Cold War, although the drug wars now being led from South America, for South America (or at least the political persuasions of the continental elite) is a newer development. But this is far from the only case. To some degree, soft power can be as simple as cultural penetration (the ubiquity of Western sports and entertainment) or purchasing power (the degree to which China is known as ‘the world’s factory’). Where once nations sought to confirm their might in military power and tribute, they now seek to do so through brand names.

But beneath this, we find the more distasteful applications of soft power that are more in line with the narco-states: the degree to which hacking has overtaken obvious military action as the nom de guerre of choice, and the bending of information itself to a political purpose. Consider for instance, PLA Unit 61398, a Chinese military division long thought to be dedicated to hacking anything and everything it can, or indeed the concern over firms such as Huawei being private arms of the public state and acting for the government under the auspices of independence. This is an extension of power, and illustrates how, like in a narco-state, everything has the potential to be co-opted. Or just as appropriately, how countries able to dictate and control not only the flow of information, but what that information even is – such as Russia’s disinformation channels, control of state media and troll factories spewing out fake news.

This is not done only for personal gain; this is done with a clear agenda and is no different to direct action of the last century. But Kennedy never tried the Bay of Pigs twice. Destabilising a state, whether through drugs, cyber compromise or deliberate misinformation, is still very much in fashion, and one doesn’t need to read between the lines to accept that.