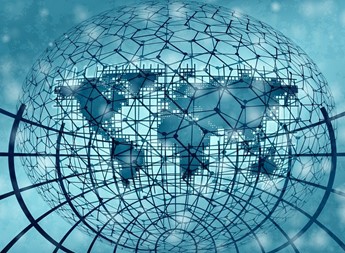 While Vladimir Putin’s daughters may not lose much sleep over their inclusion on the latest sanctions list, the fact that they are on it at all speaks to just how wide an effort has been made to push back against Russia as a result of the war. But equally, the fact that it has come to this – that the Russian political, economic and military elite have either all been sanctioned with little meaningful effect, or have not been for fear of the consequences, that the West has to keep going – reflects a troubling lack of competence and confidence within the system, something that is reflected in the prism of geopolitical, financial and legal sectors nationwide. Increasingly, ‘the system’ is proving itself in every way to be biased against the ground-level participants and putting them in the invidious position of not only being responsible for their own security but doing so with hands tied behind their backs.

Putin’s daughters appear to have been sanctioned not out of vindictiveness or partiality, but for the fact that they are believed to own bank accounts, and assets, that are under the ultimate control of their father and thus legitimate targets for reprisal. This is a common tactic: a public or corporate figure, who is either directly under sanction or investigation, or who has reason to suspect that he soon will be, divests assets and properties to family members and shell firms so as to claim ignorance when the investigators arrive. That Maria and Katerina Putina have been dragged into the crisis is, therefore, of Putin’s own making. But there are surely deeper questions to be asked over a system that allows for assets to be concealed or moved with impunity. What has happened here, is replicated around the world: shell companies and ‘nominee directors’ operating primarily (but not exclusively) out of offshore tax havens offering unwarranted levels of anonymity and obfuscation on matters of finances, ownership, and control, supported by an army of lawyers who assist in aiding the rich and the not-so-good to put themselves beyond reach of consequences. (Or in Holland for instance, when any substantial investigation needs to be accompanied by an advisement of this fact to the Target subject, thus setting in motion a thousand panicked flights offshore before the whistle has blown).

It is not just a problem confined to the corporate space. Domestically speaking, there is mounting concern that the UK government is deliberately obstructing Freedom of Information requests in an attempt to block the release of embarrassing truths or expose ministerial incompetence. There has been little sign of accountability from any party in the Johnson administration and at a time when it is sorely needed on issues ranging from association with Russian criminal money, to the awarding of PPE contracts, for the government itself to be at best casual towards, and at worst actively complicit in, the suppression of transparency and accountability. And companies often find themselves without the ability to react properly, most notably in the cyber-sphere where ‘hacking back’ directly against those that have compromised you, purely for the purpose of recovering losses, is deemed just as much a crime as the initial act. What this adds up to is a sense that the system is now biased against those that suffer the most as a result of its inadequacies.

There are three reasons why the system has reached such levels of unfitness for purpose. First, is not wanting to change. It is often said that absolute power corrupts absolutely, but the same is true for middling levels of power or entrenched advantage. Those in charge of setting the rules, and having the power to change them, are the ones benefitting from things being as they currently are and with no desire to change this. Every individual or company is thus operating at a disadvantage, whatever their sector or jurisdiction, as the greed and corruption of those in charge overrides any attempts to reform and change for the better.

There is also perhaps an element of not knowing how to respond, particularly in the cyber arena. One of the earliest battles was fought over what constituted ‘cyber insurance’, and whether compromise through emails/links that required no actual hacking qualified for pay-outs. Now, there still remains much confusion, fuelled in no small doubt by the inability of monolithic government-led efforts to understand and respond to just how quickly the criminal cyber-sphere is evolving. And thirdly perhaps an element of not being able to act, for fear of the geopolitical or economic consequences – that, for instance, the Caribbean islands will cause a political firestorm of ‘modern imperialism’ if their status as tax havens is diminished, or that rocking the boat against the political & criminal elite will simply cause them to change their strategies and redouble their efforts.

A corporate response has no choice but to be incomplete. If those in power do not use it appropriately, firms will still be forced to operate within a structure that passively disadvantages, and actively prevents them, from operating on a level playing field. All the while Putin can use his family members and their corporate networks to divest and conceal assets, or a state-sponsored hacker know they can hide behind anonymity and the lack of immediate repercussion, the problems will remain.

But firms have to do what they can, not only in taking sensible steps such as enacting much more stringent and meaningful due diligence and pro-active measures to ensure that they are exploited the least, but in continuing to press governments and bodies to refine the points of failure and fix the errors in the system. This is not a forlorn hope. As we have seen with the tightening of the screws on Russia’s oligarchic and political elite over the past six weeks, there does come a point when those at the top are finally spurred into action. The question is whether this will come in time for the sector to be salvaged. Russia has shown in recent response to the ultimately meaningless UN resolutions and votes that it will just ignore whatever it does not like if it deems the consequences either acceptable or non-existent. Time is running out for the corruption and incompetence at the top of the corporate system to be brought to heel – the only alternative is Moscow-in-macrocosm, where an elite run rampant through the norms simply because they can.