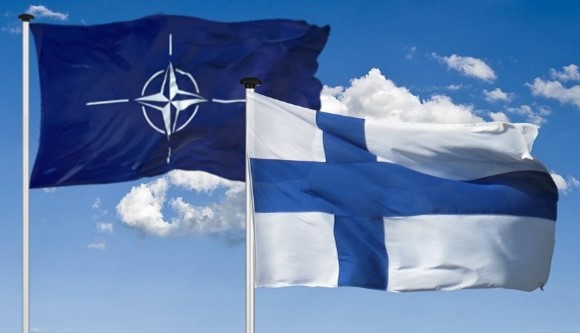 Finland and Sweden are set to become NATO’s youngest members following the June summit in Madrid. The fast-tracking of the two Scandinavian democracies is expected to further isolate Russia, officially designated ‘the most significant threat to international security’ in the latest Strategic Concept.

Finnish and Swedish representatives were hesitant to accept a membership condition imposed by Turkey – recognition of the militant groups PKK, YPG and FETÖ. Perhaps, the most notable factor here is Turkey’s demonstration of its growing muscle within the Alliance. Turkey’s control of the crucial Black Sea Straits has given Erdoğan bargaining power, as Russia continues its assault on Ukraine’s southern ports. Turkey did well from the Madrid summit, with Biden promising new fighter jets. Finland and Sweden eventually bowed to Turkish pressure, agreeing to extradite members of banned groups on their territory. Both countries are now classed as ‘invitees.’ As of 30th June, they can participate in member discussions.

Putin remarked that he ‘didn’t have an issue’ with Finnish or Swedish membership – a statement poorly received by Ukraine, given their own long courtship of the Alliance. Ukrainian commentators maintain Russia’s fear of NATO encirclement as a fig-leaf for imperial ambitions – which recent developments support. Nonetheless, the entrance of Finland and Sweden has doubled Russia’s border with NATO member states. No wonder pundits are joking that Putin should receive the ‘NATO salesperson of the year’ award. The Russian president has promised to ‘respond in kind’ if military contingents or infrastructure are placed on Finnish or Swedish soil – a bluff, perhaps – yet one that could be dangerous to overlook.

Finland brings a significant military arsenal to the NATO table. With 700 howitzers, 700 heavy mortars and 100 multiple rocket launchers, the republic boasts the largest artillery capability in Western Europe. Notably, artillery has steered the course of the war in Ukraine much more than is usual in 21st century conflict, with both sides relying on Soviet-era tanks. The Finns have wartime conscription, and always score remarkably highly in ‘homeland defence willingness’ polls.

That is, when asked whether they would bear arms to defend their country against a stronger power, 83% of Finnish civilians replied ‘yes,’ (2022) the highest score in Europe. Finnish mistrust of Russia is also high. Russia’s attempt to invade during the ‘Winter War’ of 1939 remains in living memory, and Finland lost territories like Karelia in the settlement. Sweden’s position is also interesting. Historically neutral, Sweden is used to balancing the delicate demands of opposing powers – allowing NATO to use land for intelligence bases in the Cold War. And, despite its reputation as a ‘humanitarian heavyweight’, Sweden holds sophisticated air and naval weapons, and is the 8th largest arms exporter in the world.

NATO’s latest expansion promises to shake up business, as well as the geopolitical sphere. One problem for companies looking to move into Nordic markets is establishing whether NATO membership alone would protect them from the fallout of a Russian attack. Whilst there were initial fears that expanding into sectors directly competing with Russian businesses – such as oil and gas – would aggravate Russia, disruption should be limited, as gas makes up less than 10% of Finland’s overall energy supply. After Russia cut Finnish gas supplies in May, US firm, Excelerate Energy, agreed to supply natural gas, via a ship anchored by Finland’s south coast. Sweden’s main energy supplies are renewable – a potential safety blanket for shareholders. Swedish maritime, automotive, and mining industries are growing, whilst Finland remains a haven for start-ups.

It seems unlikely that Russian troops will march into Scandinavia – the war has so far remained localised, and there are no shared borders with Ukraine. However, the possibility of cyber warfare remains high. Nearby Estonia – who have fiercely resisted Russia’s war in Ukraine – have already reported an increase in bank-fraud by Russian-speaking callers. Estonia suffered a notorious cyber-attack in 2007, known as Web War One, fortifying their defences accordingly. The ransomware gangs Conti, BlackCat, Lockbit and REvil remain at large; cyber-experts anticipate the spread of activities from Baltic to Nordic countries, especially as REvil have an established dark-web presence in Sweden. As increased commercial activity in competitive sectors create incentives for Russian hackers, NATO’s newest members should keep their eyes open.