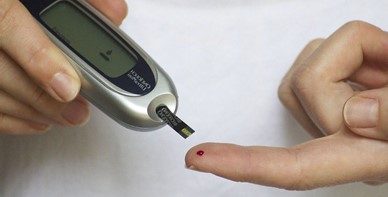 The much-delayed trial of Theranos founder Elizabeth Holmes is underway, potentially providing fascinating insight into the biggest American corporate scandal since Enron. While Holmes has denied all the charges of fraud against her, the true scope and scale of exactly what transpired at Theranos may never be known. The mere theatre of proceedings, coupled with the incredible tale told thus far, make this gripping viewing for both casual observers and those that have been banging the ‘If it looks too good to be true…’ drum.

The concept was simple, perhaps deceptively so. Theranos’ main product offering, the Edison Test, claimed to be able to diagnose multiple conditions from a few drops of blood rather than a full needle. The reality was it never worked. Holmes knew this perfectly well but continued to hoover up almost unimaginable financial and personal support from key American and global figures – to the point of being named the youngest self-made female billionaire in the world. The whistle was blown in 2015, and by 2018, Theranos was dead, with little to no hope that the investors would get their money back. Clearly the whole story should serve as a cautionary tale for those in a similar situation. Although if history teaches us anything, it is that such good sense rarely prevails for long.

It seems that the Theranos business plan was built less on substance and more on the old ‘razzle dazzle’. An idea that was so revolutionary (even if an idea was all it remained) and Holmes so charmingly insistent (or insistently charming) that investors felt that they could not get involved. The fact that Holmes made it clear she would not explain how the technology worked, should have been a red flag from the start but this did not appear to be a problem. Moreover, it is now well-established that Theranos spent the first decade of existence operating almost entirely under-the-radar, both in terms of what the outside world really knew about the company, and the culture of secrecy that operated within it. Such clandestineness went beyond standard confidentiality. It is not known what due diligence was done by each investor or partner before their buy-in. An oppressively stealthy company with an idea that was not considered viable, led by a woman with no track record of success, and unwilling to explain how the technology worked or why so little information was forthcoming, does not scream like a good opportunity.

And what investors they were. America’s richest family the Waltons, media magnate Rupert Murdoch, political titans, global business tycoons – all invested heavily. Not only did Theranos secure partnerships with major brands such as Walgreens and Safeways, Holmes herself went on a ‘PR push’ with appearances on the covers of Forbes and Fortune, and with luminaries such as Bill Clinton. The firm also had the backing of well-regarded venture capitalists and ‘super-investors’ who were instrumental in the early days of spreading the word and helping to build Theranos, and Holmes, up. Cumulatively, each of these endorsements created a feedback loop: one entity would announce their support of, or investment in, Theranos, and this would naturally encourage others to do the same on the basis that the original entity rarely went wrong or was itself a mark of success. Reinforcing the belief that this was a good investment.

This is what the SEC calls ‘affinity fraud’ – deliberately seeking out respected and reputable parties, in order that their credibility naturally rubs off on you. Indeed, such parties can become unwittingly involved in the con in this manner. But while nothing can excuse Theranos’ fraud, the financial loss does not absolve the individuals and firms from failing to conduct their diligence in the first place. They wanted to believe, they bought into the myth, and they are now facing the consequences of the heart ruling the head.

It is to be hoped that whatever transpires in the court cases now, would-be investors will take a second or deeper look at any proposition to determine if it is truly what it looks like, or whether it could result in a lot more than just bad blood.