Transnistria: A Lesson in Corporatocracy 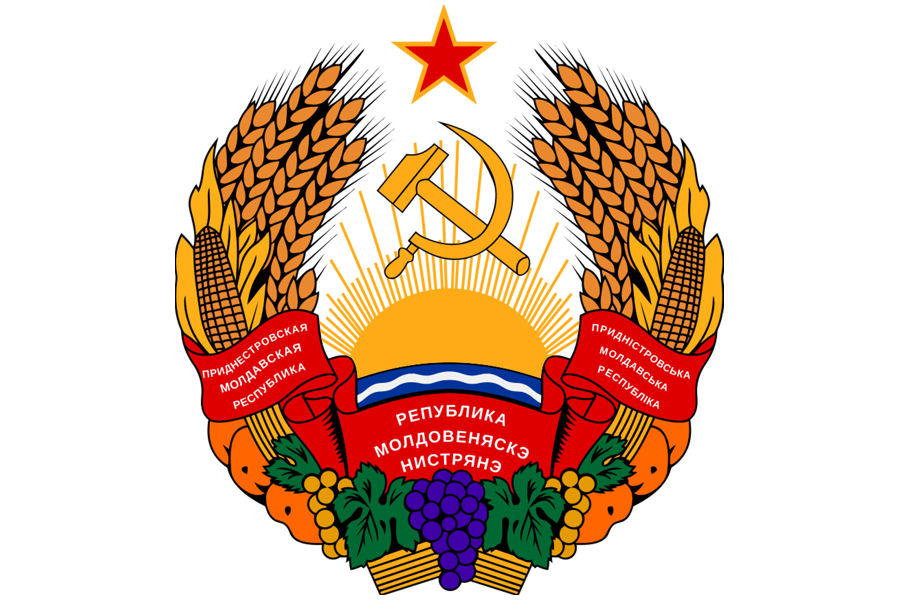 State-owned enterprises are a common occurrence around the world. What is much less common, perhaps unsurprisingly, is the inverse of this relationship. What if a company, or group of companies, owned and controlled a state? There are some well-known historical examples, namely the Honourable East India Company and the United Fruit Company (the origin of the term ‘Banana Republic’). Oddly, however, a case can be made that one is existence. Today. In Europe.

Transnistria, officially the Pridnestrovian Moldavian Republic, is an unrecognised breakaway state, sitting on a sliver of land by the Dnieper River, between Moldova and Ukraine. It remains internationally recognized as part of Moldova. To all intents and purposes Transnistria is a functioning, albeit unrecognised, state. It has its own government, parliament, military, police, currency, stamps and postal system.

Unfortunately for its inhabitants, the only countries that recognise it are of a similar ilk, namely Abkhazia, South Ossetia and the Republic of Artsakh. The 500,000 people living there are mostly Russians and Ukrainians who didn’t like the idea of a post-Soviet nation, and fought a brief, successful and vicious civil war against Moldova for independence. An appropriate description would be that Transnistria represents what the USSR would look like, had perestroika and glasnost worked in keeping the USSR together.

Transnistria is a true living relic. It has retained the Soviet hammer and sickle on both its flag and crest. A statue of Lenin stands proudly in front of its Supreme Council building. You cannot trade the currency outside of its borders, conveniently keeping the country closed to outside investment and influence (bar the Russians, of course). There is no airport. The secret police are still called the KGB and a litre of vodka costs a dollar. It has a rich history of smuggling, trafficking, corruption and gun-running.

In many ways, it still subscribes to view that power, ultimately, comes from Moscow.  Russia has never left, propping up the country since the early ‘90s with ‘peacekeepers’ and heavily subsidised oil and gas. Transnistria’s strategic value in Eastern Europe, on the western border of Ukraine has not been lost on Russia or the EU. Figures suggest that at any one time there are around 1,500-2,000 Russian troops stationed there. Russian ‘peacekeepers’ and money keeps it stable, with financial assistance received from Russia, both indirectly (through gas subsidies) and directly (humanitarian aid), along with the incomes from exports and expatriate workers’ remittances, a key element which makes it possible for the Transnistrian economy to function.

Russia owns two thirds of all Transnistrian debt and should be seen as the King-maker. As long as the leader remains loyal to Moscow, anything goes. For example, when the first President Igor Smirnov, who had been in power from 1991 to 2011, refused to pay Transnistria’s debts to Gazprom, the Russians ensured he came third at the next election. Unsurprisingly, therefore, Transnistria is dominated by a few firms that own a frightening amount of the local economy and exercise an inordinate amount of political influence. A true Corporatocracy.

There are two main players in the Transnistrian economy, namely Moldovan Steel Works and Sheriff. The Moldovan Steel Works accounts for approximately half of all tax revenue and (legal) exports. It is simply not possible to run a strong and effective economy on the fortunes of a single factory. Previously monopolised by the long-serving President Smirnov it is now owned, perhaps more worryingly, by a Russian metallurgy firm, Metalloinvest.

The most interesting institution, however, is a private holding company, Sheriff. It is the only other major player in the Transnistrian economy. Founded by two ex-secret service operatives, Viktor Gushan and Ilya Kazmaly, it controls a dizzying array of private enterprises including petrol stations, supermarkets, TV channels, a brewery, mobile phone network, publishers, bread factories, a Mercedes-Benz dealership, hotels, a construction company and FC Sheriff Tiraspol, who have won 16 or the last 18 Moldovan National Division titles. According to unofficial data, the holding controls approximately 50% of the construction market and around 90% of the fuel market. Unsurprisingly, their influence, through their media and telecommunication assets, dominates the political arena. Kazmaly himself, naturally, now holds a seat on the Supreme Council.

How can this exist in the modern day?

State-owned publications and channels are heavily politicised and do not criticise the authorities. Sheriff dominates the private media market, including private broadcasting, cable television, telecommunications and internet services. It has used this to maximum effect in its support for the Renewal Party and in discrediting opponents.

According to a 2015 Freedom House Report, the Transnistrian media is classed as ‘Not Free’. The very few independent print outlets have very limited circulations, whilst the internet is increasingly monitored with laws banning sites that contain alleged false information. It is difficult to quantify how decades of state-controlled media information has affected the general population, especially an ageing one that predominantly uses traditional media sources like newspapers, often state-owned.

In comparison to Moldova, the most deprived country in Europe, Transnistria is comparatively better off.  Owning 90% of the fuel market allows Sheriff to keep prices low. Fuel at the pump is roughly one-sixth of the Moldovan price. Transnistria also provides 70% of Moldova’s electricity, making money in the process, meaning it can pass a cheaper price of electricity onto its own citizens. These help the state and media paint a positive picture of the economic situation.

As well as receiving a state pension, pensioners receive additional Russian “humanitarian aid” ($15 a month), as well as other discounts. Tellingly, Sheriff runs a discount program for pensioners in its shops, taking a role not dissimilar to the state in providing for those most in need.

Utilities are cheaper in Transnistria as prices are kept low by Russian subsidies, state subsidies and low tax rates, meaning people pay nonmarket rates for electricity, gas, and communal tariffs. The fact that Sheriff provides most of the population with their consumer needs cannot be underestimated. In a post-Soviet world, the reliance on Sheriff to provide for Transnistria’s population means that, in a way, it has taken over the role of the state. In Tiraspol especially, it is impossible not to notice the colourful Sheriff branded shops and petrol stations, further ingraining Sheriff in the minds and daily routines of locals as the source of all their cheap consumer comforts.

State institutions are weak in comparison to the interests that support them; President Smirnov’s disagreement with Gazprom and President Shevchuk’s single term presidency being the prime examples. The economic might of the Russians, and Sheriff, effectively means that they can hold Transnistrian state institutions to ransom and remove anyone who stands in their way. Subsidised prices on natural gas, petrol, electricity and food keeps the general population on side, as does the Russian pension subsidies for all pensioners, a significant portion of Transnistria’s population. It would be illogical for a population to vote to jeopardise this.

Soviet development transformed a region that had undergone a brutal Romanian occupation during the Second World War into an area with productive factories and collective farms. Since then Moldova has fought a war against its former overlords in Chisinau, creating a sense of ‘other’, with the Dnieper River acting as a literal political and cultural no-man’s land. This ‘us and them’ mentality has been promoted by media and government.

From an outsider’s perspective, Transnistria is not, and will not, become an attractive investment any time soon for a variety of reasons; the poor state of the economy, the weak political institutions and judicial impartiality, questionable rule of law, corruption, an ageing population, decrepit or non-existent infrastructure, a lack of skilled labour, to say nothing of the fact that doing significant business would surely require the help or permission of local, unsavoury political and economic elites. Just by operating there, one would be perpetuating a system in which the damaging threat of extra-judicial action from those in power is very real.

Furthermore, the situation is deteriorating. President Poroshenko of Ukraine has recently declared martial law in Ukraine’s border regions, including that with Transnistria, in response to recent issues with Russia off the coast of Crimea. Conversely, Russia may, in the future, seek to bolster its presence in Transnistria as it finds a model for other Balkan states it wants to influence. While Transnistria is not Russia’s stepping stone in to the Balkans, Russia will certainly see the value of keeping Transnistria in its pocket. It is plausible that they will take an even greater interest in the future, if only to cause unease across the Ukrainian border.

The value of studying Transnistria is in the acknowledgment that weak political institutions can be dominated by strong corporate entities. Not only is Transnistria a stark warning to other, small, former Soviet states. It is also a parable of the rising power of multinational corporations and the threat they pose to the self-determination of national governments around the world. A symbiotic relationship exists between major corporations and governments. A balance, however, must be found quickly before we find our democratic institutions dominated by powerful corporate interests. Many, especially in the West, would argue that this has already come to pass.