Turkey and the twelve trees 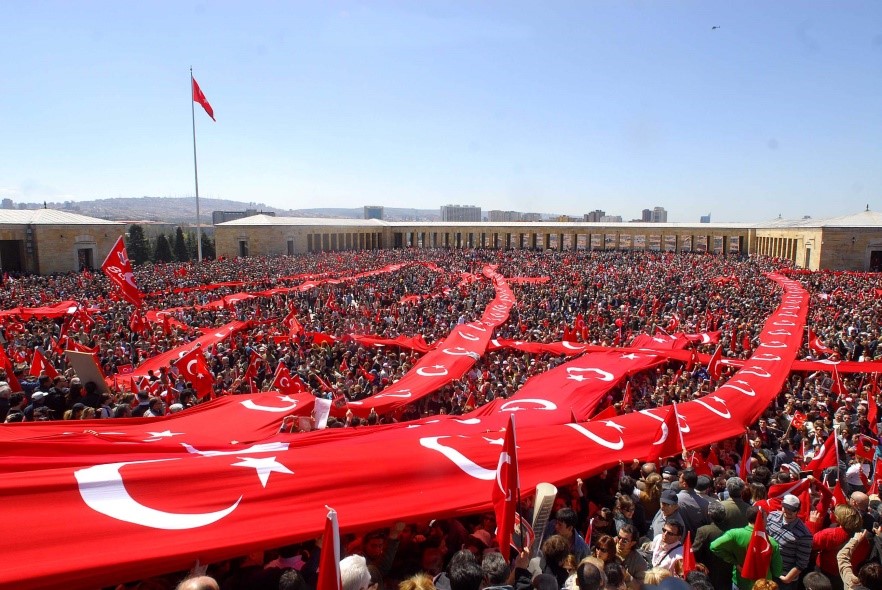 The biggest anti-government demonstration in recent Turkish history took place in 2013, sparked by the government’s plan to turn Gezi Park, Istanbul, into a shopping mall. In the ensuing melee, eight died and thousands were injured. In response, President Erdogan declaimed: “For what? Twelve trees!”

Leaving aside the glib nature of this comment and the inappropriateness of a state’s leader dismissing the concerns of his own people in so callous a manner, this incident encapsulates a much deeper malaise within Turkish society: the pervasive, bulldozer-like manner in which Erdogan’s autocracy is conflated with ‘the will of the people’ – and the brutality with which he puts down opposition.

Turkey’s reputation for corruption (both governmental and private) is well-known, with bribery, nepotism and fraud prevalent across all sectors of society, the poor enforcement of anti-corruption laws and supine bodies only there to preserve a façade. The political elite exercise undue influence over the judiciary and procurement/contract situations of all kinds are subject to corruption at multiple levels. This is matched by an almost total dominance of the ‘Erdogan way’ in civil society: any protests, such as the one mentioned above – on whatever matter – are suppressed with force and violence and the life of anyone in independent media is one of wiretappings, shutdowns and closures. Turkey has imprisoned more journalists than any other developed nation.

One might say – so far, so typical for nations in Turkey’s bracket. But in Turkey, it perhaps goes further. The failed coup in July 2016 led to the imprisonment of thousands of civil servants, judge, officers and journalists on the flimsiest of charges, leading to accusations that Erdogan was simply using the coup (which arguably had little chance of success to begin with) as an excuse to conduct his own Great Purge in the best traditions of the Soviet Union. Of course it was also no coincidence that this Purge preceded the April 2017 referendum which granted the office of the President a greater stranglehold on power.

This is where Turkey diverts from its bedfellows. Numerous nations have deep-set systems of corruption, state failure and so on, but few are identified so clearly with one man, particularly in a state where there is no religious aspect (such as Saudi Arabia) or a cult of personality (such as North Korea). Erdogan’s personal stance on corruption is revealed through his record: from promising to stamp out corruption, poverty and liberty restrictions (the 3 Ys in Turkish) in 2002 to having a government that will not even publicly state the word ‘corruption’ in 2017.

So, he has first created, then enabled, a business and civic society where corruption is part of the everyday fabric. But his crackdown on journalists is almost unprecedented in both size and scale, particularly in a country where his rule is secure and there is no effective opposition movement. This is suggestive of some deep-set paranoia, that the artifice he has created could crumble and the ‘siege mentality’ is the only way to go. Moreover, he is something of an unpredictable actor on the world stage: in the past two weeks alone he has accused the United States of not being democratic enough and has outright threatened to invade another sovereign nation, Iraq. For diplomats, working with Erdogan, and Turkey, can be impossible.

And yet we must consider the question: why is all this necessary? Erdogan is somewhat unique as an autocrat with a genuine democratic mandate – the people do love him (except when he removes their trees), his position seems secure despite the crackdowns, not because of them, and it must be remembered that the coup ultimately failed because the plotters were unable to organise widespread effective support and control in the face of pro-Erdogan sentiment. A man who is unchallenged at the top does not need to bend the organs of the state to his will; he is the state.

That Erdogan is still so on edge about even the slightest possibility of betrayal, and for him to have let corruption sweep over his country to such a large extent when he was perfectly in control without it, marks him as an unpredictable actor – and the state he governs, with all its sectors and functionaries, equally built on quicksand. One wrong step and you are subsumed. That Turkey could have been built on foundations of stone instead – with responsibility falling squarely on Erdogan’s shoulders – should not be lost on anyone.