Turkmenistan – The Land of Personality (Cults) 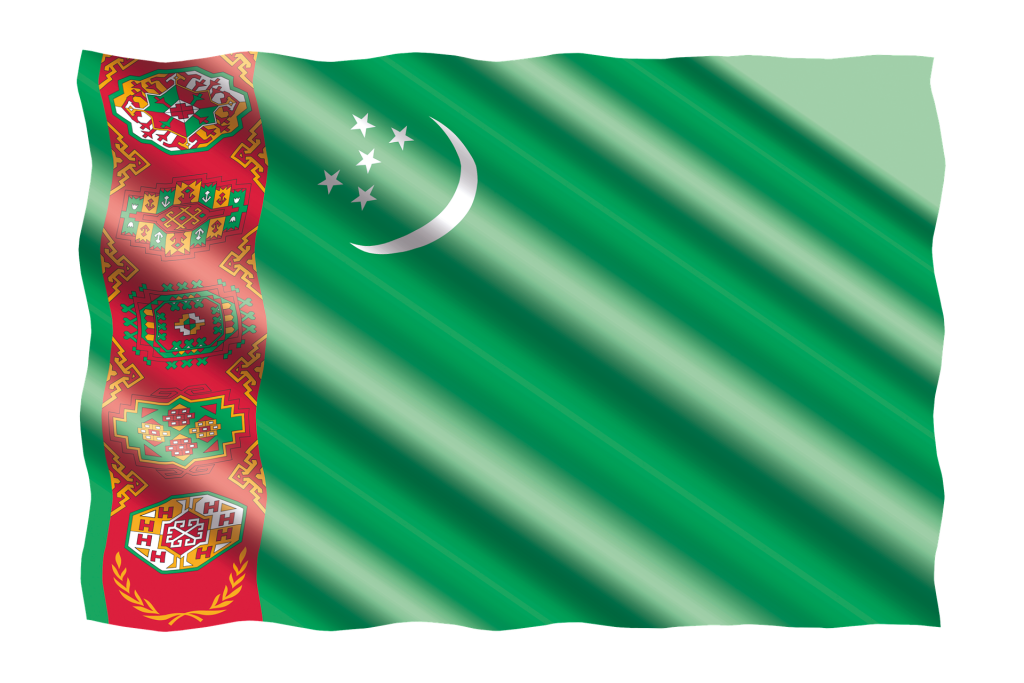 Many Soviet traits have endured long after the Berlin Wall came down. One of the most persistent is the distinctive ‘cult of personality’ that blighted the Soviet political environment since the days of Lenin and Stalin. It has tainted all aspects of society in one way or another. Similarly, in the last decade at least, we have seen a re-emergence of personality cults, most noticeably in Russia but also in the USA, Turkey and China. We can learn much from the forgotten Soviet hinterlands.

The phrase ‘Cult of Personality’, initially coined by Karl Marx, came to prominence in Khrushchev’s 1956 speech concerning Stalin’s cult of personality after his death. It denounced the worst excesses of Soviet violence, including the purges of the late 1930’s and the deportations of entire nationalities to the East. First and foremost, however, it repudiated the cult of a deified omnipotent and omnipresent leader.

The similarities between the Stalinist personality cult of the ‘30s and ‘40s and the Central Asian states now are striking. Names like Rakhmon, Nazarbayev, Karimov, Niyazov and Aliyev might not carry much significance in the West, but in their respective countries they have made themselves the focal point of power and significance.

The reasons behind this phenomena are not hard to deduce. These leaders lack the economic and military power, security and stability of their more powerful neighbors China and Russia, so must make up for it in other ways. Granted, these countries also have personality cults, but should be seen as complimentary to creating an image of power and control. In Central Asia, one must simply make do with smoke, mirrors and state-controlled media.

It’s helpful to wrap and enshroud themselves within the cultural and political fabric of the country. It is not enough to simply be a Head of State, they must be pervasive throughout daily life, be it in schools, the work place and places of worship. In this regard, Niyazov and his successor, Berdymukhammedov have done it bigger and better than anyone else. Naturally, Turkmenistan is almost at the bottom of the World Press Freedom Index, just edged out by North Korea and Eritrea.

Niyazov’s most enduring legacy is probably the Ruhnama (Book of the Soul), written by himself. Required reading in, school, mosques, university and the public sector, Niyazov even had it blasted into space. A blend of philosophy, biography and revisionist pseudo-history, Niyazov claims that, having spoken with God, any student who reads his book three times will reach heaven.

Niyazov then changed the Turkmen word for bread, replacing it with Gurbansoltan, his mother’s name. He famously renamed the months and days of the week after his own relatives and got Parliament to declare him “Turkmenbashi,” or “Leader of all the Turkmens”, a title that almost all Central Asian states have adopted in one form or another since independence. He commissioned a 250-foot golden statue of himself in the centre of the capital Ashgabat that rotated so it always faced the sun. The list of bizarre and self-indulgent decrees is tireless. However, there is method in the madness.

Each action, however comical, should be seen as a deliberate attempt to ingrain his person in the history of the country and the mind-set of the people. It is unsurprising then, on reflection, that his successor, and other Central Asian leaders, could be just as oppressive, insecure and egomaniacal as him.

Initially, Berdymukhammedov removed much of the more ostentatious expressions of Niyazov’s power, including the golden rotating statue, moving it to the outskirts of the city. He ended the over-the-top displays of fanfare that greeted the President wherever he went. Furthermore, he altered the rules governing the Turkmen sacred oath, which decrees that the speaker’s tongue ‘should shrivel if he ever speaks ill of Turkmenistan or its president’, so that it was only for “special occasion”, as opposed to a compulsory daily activity.

One might be forgiven for thinking that it was the start of a new, more liberal period. This, however, was simply the start of a transition from one cult of personality to another.  He nonchalantly dismissed any move towards a more Western-style democracy and simply began to rewrite the tale of the country but, crucially, replaced Niyazov with himself as the only protagonist in the Turkmen narrative. Like Niyazov, he commissioned a statue of himself on a horse in 24-carat gold, mounted on an enormous marble cliff. As ‘Turkmenbashi’ was already taken, the country’s parliament approved a decree giving the leader the title of “national horse-breeder of Turkmenistan,” adding to his previous title of ‘Arkadag’, or ‘Protector’. The Ruhnama has been gradually phased out, replaced by works of Berdymukhammedov, naturally.

In this leadership transition, we do not simply see the replacement of one mad leader with another, but a logical political step taken by Berdymukhammedov. The weak nature of state institutions empowers the individual to occupy that space himself. In many ways the leader, whoever he may be, in Central Asia is more than a President or Head of State. He is also the main state institution except, unlike other state institutions, he has real power. Make no mistake, the Turkmen population, especially the youth, are not oblivious to the reality of their predicament. Discontent is growing. Whilst this will certainly mean instability and upheaval in the future, for now Turkmenistan and the other Central Asian states are shackled to which ever personality their weak institutions accommodate.

The perpetuation by successor on successor points to the fact that this is now some kind of cultural norm, not just a string of odd-ball politicians. The anecdotes are certainly entertaining, but the message is clear. Whilst we, in the West, will not fall in to parochial, mickey-mouse democracies of our own, the threat of what blind state sponsored support does to entire populations is truly menacing. I do not argue that the West will one day have all-powerful leaders with no checks and balances, but we are certainly, in many cases, moving our way gradually up the spectrum. Policy and substance, in many ways, counts for as much now as image and window shopping.