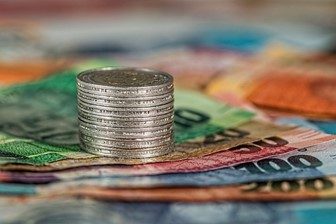 While the war in Ukraine rages through expressions of military dominance, elsewhere a far wider conflict is being waged by Russia against, basically, the entire world. As the shutters come down on Russian cultural, economic and political partnerships, Moscow is retaliating by fighting back. While Putin has escalated the war of words with his remark that Western sanctions are ‘akin to a declaration of war’, Russia is already taking firmer action to punish and damage firms from opposing states, both openly and covertly. And given that the unfolding military atrocities are taking the headlines, this ‘unrestricted economic warfare’ can proceed under the radar but is no less damaging for it.

Last week, the Russian First Deputy Prime Minister, Andrey Belousov, indicated that foreign investors/companies in Russia had three choices. They could continue to operate according to all contracts and obligations already underway and according to Russian law. They could transfer all domestic interests and assets to Russian partners, even when this would create significant imbalance of power or financial loss. Or they could unilaterally close operations and pull out, in which case Russia may deem them as having committed the criminal offence of ‘premeditated bankruptcy’. Clearly, none of these options is palatable. Continuing to operate regardless carries with it the very real risk of breaking sanctions, handing control to domestic partners severely hampers the capabilities and position of the foreign investor (particularly with no timescales of reversion), and subjecting oneself to criminal charges – no matter how tenuous – is never a good look.

Russia knows this, and as with the demands made of Ukraine itself (territorial surrender, ‘de-Nazification’ and demilitarisation), these latest charges are likely designed to be unacceptable, so as to give Russia greater ammunition and justification for the action it then takes. While it may hint, at some level, of nervousness inside the Kremlin as to just how much the international community is turning against Russia, in general, this is another facet of Russian aggression, simply expressed through different means. Not only would a company leaving Russia find it difficult to get back in (given the degree to which krysha and connections are required), the immediate crutch of labelling that which displeases the state as criminal action, is a sign that a policy once typically restricted to domestic Russians is now being extended as far as it can.

The rules of the game are changing, although it is fair to say that Russia has sought to manipulate the very nature of the game for decades now. Sanctions have become an accepted part of business for the elite, and not only do they find new ways of circumventing these, they seek to have the equal-and-opposite effect of extending Russia’s financial tendrils so deep around the world that to declare economic war on Russia is effectively to declare economic war on yourself. (Two key examples for the UK market alone would be the Russian ownership of Indian refineries on which quarters of the economy are dependant, and the vast amounts of Russian money tied up in property and political influence). Both sanctions, and the loss of foreign investment, will also force Russia to become more insular, self-sufficient, and repressive as she tackles the new reality of her status as an economic pariah. This is not to say that aggressive sanctions should not be instituted, only that they unarguably contribute to the back-and-forth nature of the economic conflict.

But at the heart of the matter is a so-far-missing admission that the war with Russia has been going on for far longer and in so many other forms than we are willing to admit, and that sanctions are but one necessary front. It is a war of ideas that began with the foundation of the USSR, it is a war of political expression that has been made flesh in Georgia, the Crimea and Ukraine, and it is a war for financial superiority which is just as much a ‘world war’ as any previously fought. That the weapons are sanctions and corporations, in no way invalidates their importance.