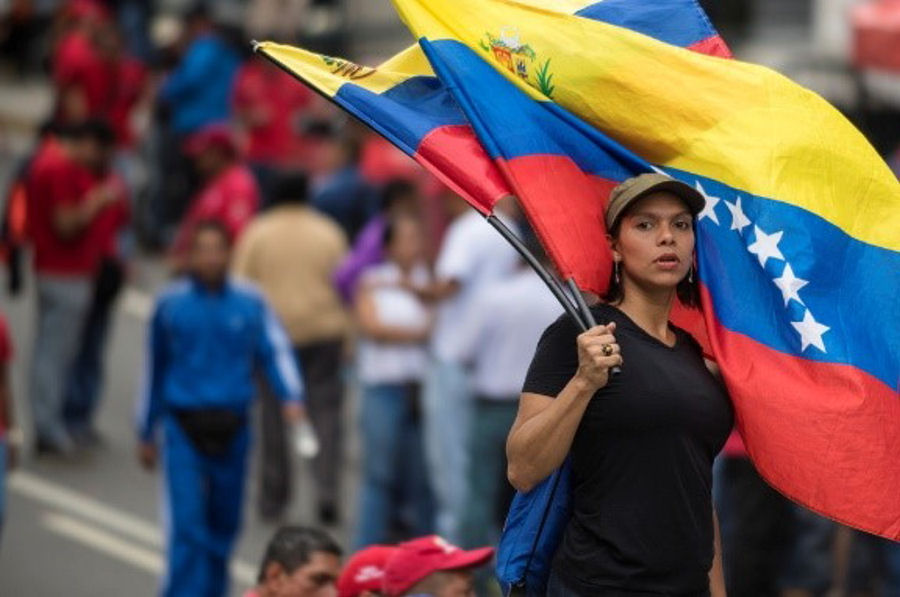 ‘Unexpectedly’ Nicolas Maduro won another six-year term as President of Venezuela in the recent elections. The country has now reached its lowest point since Chavez’s departure. The 55-year-old leftist will have a lot to work on, even though it was his policy of extensive corruption and remissness of economic stability that led his ship to sink.

Only 46 percent of the electorate turned out to vote according to the National Electoral Council (CNE) – meaning that the actual numbers could have possibly even been lower, around 30 percent – a great failure if compared to the 80 percent turnout of the 2013 elections. Maduro could not fake and excessively increase the statistics given the widely recognized hatred of the majority of Venezuelan citizens, demonstrated by marches in the past few months against the government.

The opposition party represented by Henry Falcon only obtained 21 percent of votes, whereas Maduro allegedly gained 68 percent. The elections were clearly staged as to legitimize Maduro’s autocratic government for another term, given that votes have been very likely bought off and not even the basic requirements were followed on the day with the voting centres remaining open for hours after the expected closure time.

Venezuela is currently going through its worst economic and social depression, with citizens struggling to get food, clean water and medical supplies. Hyperinflation has reached its highest ever level and with an average monthly salary amounting to approximately $6 and prices rising to 6000 percent, not allowing people to feed themselves even with a bag of beans or rice; reasons that led millions to flee the country.

Even though very much desired, it is unlikely that the population would stand up to Maduro, either because some have been bought with the promise of food and sustainment or because others see the entire situation as a lost cause and rather opt for running away if they can rather than fighting for their own country. Those who are remaining are too afraid of facing Maduro and his corrupted network for the seriousness of the consequences they would face.

The oil revenue, the major and only source of income for the country has collapsed as well, as production dropped from three million barrels per day in 2013 due to the absence of investment in infrastructure. The bankrupt government utilized the oil profits for its own purposes until the money was exhausted. Venezuela is not the first country to fall; oil often comes with embedded corruption; that is what money generates.

There is no transparency; no record of state profit or spending is kept nor is publicly available. Maduro’s previous government instead of opting for austerity during the oil crisis, continued to steal, even printing more money when necessary, forging what is now hyperinflation. The country was ranked 169 out of 180 in Transparency International’s 2017 Corruption Perception Index.

From an economic perspective Venezuela was already going in the wrong direction with Chavez, but the situation intensified when Maduro took office in 2013, and the country is now arguably a failed state, unable to feed its people and with no political legitimacy.

Under President Maduro the world witnessed one of the greatest collapses in economic history take place. Venezuela was a rich country with multiple resources and now it is left with nothing, unable to provide water or food to its citizens: the effects of a corrupted and mismanaged institution.

As the critical economic climate persists, investors and companies are thinking about fleeing the market. Conducting business could somehow legitimize Maduro’s position. US-based cereal maker Kellogg’s has recently backed out and its industrial facility was taken over by the President. Similarly, legal firms are gradually abandoning the scene. The country’s great potential is going to waste while corruption and kleptocracy prevail. Confidence in the business sector and economy is non-existent – and for good reason.

Venezuela is not seen positively by the neighboring countries, with Argentina, Canada, Mexico, Chile and the US refusing to recognize the elections as legit. Trump has also recently lifted new sanctions against various individuals well-known in political and business circles.

There is not much hope left for Venezuela; the current crisis is likely to persist throughout Maduro’s new term in power. The country has derailed, crippled under its great potential and the entangled corrupted network it created, becoming a clear failed state.

While some degree of business can be carried out, this would be entirely under the eye of the Maduro regime which would be interested only as far as it can line its own pockets. This is a situation where only international action can force a change. At present, advantages are almost non-existent – a harsh but fair reflection on a country where leaders seem intent on destroying it from within.