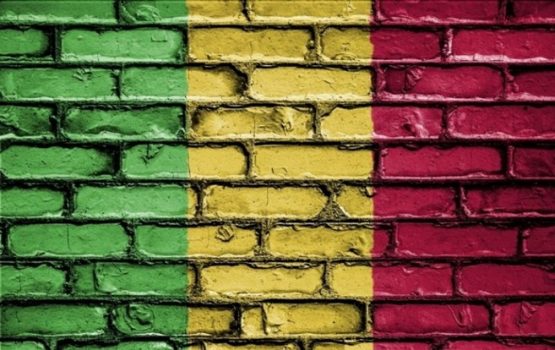 The invasion of Ukraine has been not so much a wake-up call as a repeated alarm – first Georgia in 2008, then Crimea in 2014, now Ukraine in 2022. On the third time, the world has realised that it can no longer press the snooze button on Russia’s aggression. But to suggest that this is confined to Europe alone is wrong. Russia’s recent history is one of military intervention and ‘invitation’, in the service of both spinning a narrative of Russia as a protector state and enhancing Moscow’s power, and this has consequences over and above the war.

In the first week of January, Russian troops entered Kazakhstan to quell protests and civil unrest, officially at the request of the President and under the Collective Security Treaty Organisation mandate, to which both nations belong. This caused minor interest at the time, although was soon eclipsed by the invasion of Ukraine and was accepted as ‘par for the course’ in Russia’s sphere of influence. Far more worrying are the latest revelations about the actions of the private military contracting group Wagner in Mali, namely that they were involved in the massacre of hundreds of civilians. Wagner has been in Mali for a year now, again, officially at the request of the government, assisting the local police and military with counter-terror and extremism operations. Nobody would deny that Mali needs help in these areas, but that they think the Wagner group is the one to provide it, is surprising. Not only are almost 500 citizens confirmed to have been killed in clashes involving the Wagner group in Mali this past year, but the group has built a reputation across the continent for atrocities (not least in the Central African Republic) that should render them persona non grata anywhere that even pretends to respect the rule of law and human rights.

Given that Mali’s new government took power in a military coup, the rule of law and human rights may not be uppermost in their minds, but Wagner has been a public relations disaster at the very best, and an outright humanitarian catastrophe at worst. $10m USD per month for mercenaries that are as likely to kill unarmed civilians as they are Islamist militants, is not a good look. But there is more. Wagner was founded by soldier Dmitry Utkin and funded by Yevgeny Prigozhin, two close confidantes of President Putin, and it is suggested that Wagner is essentially his personal military force, and that they provide plausible deniability for achieving Russian strategic/political objectives whilst officially not being an arm of the Russian state.

Consensus outside Russia is that Wagner is proof of the Kremlin’s willingness to assert its dominance in more traditional means – that the group also participated in the major conflicts in Libya and Syria is indicative of the normalisation of their deployment – and the problem of official responsibility and accountability remains. But there is an added element to their controversy: in Mali at least, some of Wagner’s payments come in the form of mineral extraction rights, a deal of both enormous importance to Mali’s economy and of enormous opportunity to the Russian individuals that get first rights. Such deals are essentially predicated on military support, which puts the relationship on a different level. It has long been established that powers such as Russia and China have bought influence in Africa by funding infrastructure and exploration in return for preferential trade deals and ensuring their dominance over ‘the West’ in the emerging markets, but to do so via military deployment is another matter entirely. Not only does it further deepen the degree to which Mali et al are beholden to the Russians for security (and history shows us that once in, Russia does not like to leave), always a dangerous equation, but it crystallises the ‘new normal’ of Russia being willing to use military force to achieve its goals outside its typical backyard.

The consequences for this are significant. Most prominently in the human rights arena where Mali is the latest to fall victim to Russia’s ignoring of anything approximating morality, but also in the ‘tone’ this sets for Russia’s continued engagement with the world and how companies operating in nations such as Mali must adjust their perspective. Russia is proving itself more willing than ever to take the gloves off and express itself through military application; immediately creating climates of uncertainty wherever her troops are deployed. Firms will have to consider not only the inherent danger of operating in a country where Russian mercenaries are arguably making things worse, but the new reality whereby a PMC can act as the extension of a foreign state to win lucrative business and enhance the motherland’s footprint, which invariably comes at the expense of others in the market. In such situations, destabilisation is the least of it.