“When sorrows come, they come not single spies…” 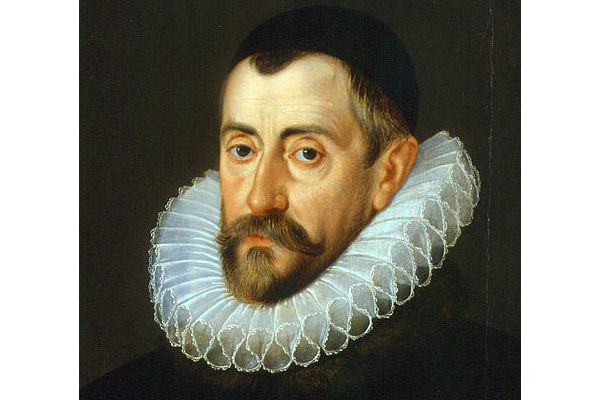 The world of hi-tech, fast moving intelligence is often characterised as something out of a spy film, but the practice has its roots well-established in history. One man in England’s story, Sir Francis Walsingham, arguably did more than any other to solidify the tenets of English intelligence and set the tone for the next 500 years.

By the 1500s, espionage was nothing new. Julius Caesar was an early pioneer of codes and ciphers, empires from Rome to Japan used secret agents and informants, and Sun Tzu understood that a spy could do more than an entire battalion to change the course of conflict. But in the Western world at least, it was Walsingham who turned intelligence into a full-time, professional art.

His primary duty was exactly the same as it remains today: protect the realm, and the Queen, from any and all threats. During the Elizabethan era these were primarily the threat of looming conflict with France and Spain, tackling insurgents from the Catholic diaspora (England being once again a Protestant country under Gloriana) and coping with the enemy within: Mary Queen of Scots and the faction that wished her to supplant Elizabeth on the throne. Walsingham dealt with these as he did any problem: carefully, silently and ruthlessly.

One of his first actions was to extend the borders of English activities far beyond her shores. Agents (known as ‘the Watchers’) disguised within the priesthood, mercantile bodies and political emissaries travelled across the Mediterranean states and the Low Countries, not only gathering information to transmit back to London but to feed deliberate misinformation to the Queen’s enemies. He even successfully planted multiple double agents inside the European institutions and maintained an extraordinarily wide network of his own, even paying for some costs out of his estate’s purse. (It is an enduring speculation that famed playwright Christopher Marlowe, murdered in 1593, was one of Walsingham’s agents).

Walsingham understood that to be effective, intelligence needed to be far-reaching, direct from the source and from a multiplicity of strands. Apart from the web of informants, he established channels to intercept and read certain messages (although clearly this cannot be condoned by the private sector today…), had code-breakers, and allowed certain situations to play out so that the guilty incriminated themselves.

Walsingham also had a darker side (even for a man at the centre of an intelligence web). There remains a discussion to this day as to exactly how much Mary Stuart knew of the assorted plots prepared in her name, and whether Walsingham essentially carried out a false-flag operation, in the Babington Plot, that he knew was doomed to fail, purely to give him the excuse he needed to eliminate what he perceived as a threat to the Crown.

While Walsingham’s methods of entrapment and communication interception (not to mention the rack) are clearly out of step with modern intelligence, his success at constructing a European-wide network of intelligence that successfully stopped every plot against his Queen and country, in a time of war and upheaval cannot be underestimated: nor the limitations without any kind of technology, software or ‘modern’ devices whatsoever. He did it the hard way, knowing (and proving) that the human element was, and still remains, the core of the intelligence practice. Without knowing the right people, the right environment – and the right questions to ask – you will not get anywhere.

Above all, we would do well to remember Walsingham’s maxim: “intelligence is never too dear”. But there is one last interesting postscript. One of his agents was Dr John Dee, the Queen’s astrologer, who would send dispatches from his travels around the continent. These were signed not with his name, but with a symbol. That symbol?