Why are Russian Oligarchs falling? 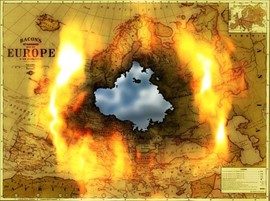 Has the recent spate of oligarchical deaths been a co-ordinated attack orchestrated by Putin who fears their growing power turning against him, or is it Ukrainian/Western special forces taking out allies of the Russian government as revenge for its aggression in Ukraine, or is it just the nature of the beast?

Firstly, it should be noted that the current crop of oligarchs who have died mysteriously since 2017 (38 at last count) are not the same as those originally given the moniker. The ‘originals’ were enormously wealthy as a result of their connections to banks, mafia, state-controlled businesses (oil, gas, nickel, aluminium, etc) and government. And President Boris Yeltsin’s decision to listen to those individuals rather than his official advisers during the 1990s is considered the moment when their real power began, and the ‘oligarch’ was created.

While the decision was clearly responsible for granting Yeltsin his 2nd term in office, it actually meant that those individuals ended up running the country. Ironically this corrupt, violent group of organised criminals are thought (in some quarters) to have been the tool with which Russia was able to stymie the power of the communists, ensuring they could not function in government as they once had. But there was a very high price paid in the form of a destroyed economy for that slither of silver lining in an otherwise black cloud.

Naturally, corruption escalated exponentially, as there was no government opposition to whatever method of settlement the oligarchs chose between themselves – methods that appear remarkably similar to what is being witnessed today. The then newly formed oligarchs wanted ‘privatization’ and Yeltsin gave it to them. Yet, even with their enormous financial firepower and ex-special forces personal protection, many ‘originals’ ‘died’ or found themselves imprisoned (in some cases for life) as a result of feuds and business battles with competitors who had better connections or reacted quicker against new challengers.

Today’s government (read Putin) is no fan of oligarchy, new or old and has no wish to see them grow in power. Putin himself publicly made that very clear to them years ago, but that does not mean he would not be prepared to use them to his advantage, whether dead or alive.

Given that oligarchs, by their very nature, use whatever tools are available to them to achieve more power (or just to hold on to what they have), there is every possibility that the new crop of oligarchs, especially those in top positions of energy sector companies, were ‘selling’ information that the Russian government felt was a threat to national security. So, the theory that Putin orchestrated the exercise is a real possibility.

That there is no love lost between the Kremlin and those original oligarchs is well known, but there are certain realities both sides must face. The Kremlin ‘agrees’ to turn a blind eye to many of the ‘activities’ the oligarchs engage in on the clear proviso that when the Kremlin requires a favour, it will be carried out whether the oligarchs want to or not.

Today, only a handful of the original oligarchs remain and, as a result, are extremely powerful, if only by the grace of Putin. Mikhail Fridman, the head of Alfa Bank, is one such and, like the others who endure at the ‘top’, guards jealously his fortunes/businesses like a dragon hoarding gold. He, like the other old-school oligarchs, recognise that opportunities exist whether economic conditions around the world appear dire or not. Indeed, that is where the greatest profit is to be had. They see that the ‘originals’ who left Russia have been defanged by Western governments who now view the wealth and possessions of anyone connected to the term Oligarch as fair game, and they see the new crop of ambitious oligarchs turning their attentions to those lucrative opportunities that they themselves want. They no doubt remember that murdering their opposition was one way they used to get what they want, and if it isn’t them doing it, someone will do it to them. On that basis, if they ‘remove’ the problem for the Kremlin and at the same time, gain access to another lucrative business opportunity, what’s to lose?

The occupation of ‘Oligarch’ has always been a high-risk, high-reward endeavour, whether one reached that rarefied air by luck or organised crime or, as is more often the case, both. There will always be a target on their heads regardless as to which direction it comes from.