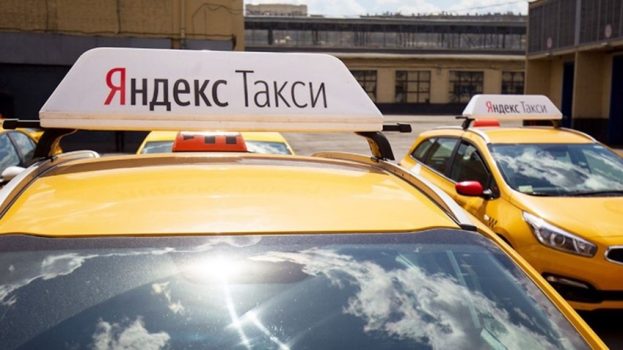 Yandex, ‘The Russian Google’, was hit by sanctions after the EU decided it had played an active role in spreading propaganda at the start of Putin’s war in Ukraine. Yandex’s founder, Arkady Volozh, managed to avoid personal sanctions by leaving the board and selling his shares. For Russians, Yandex was more than just another tech-giant. The brand has a huge presence on and off the streets, from the yellow Yandex taxis running from Petersburg to Vladivostok, the Yandex Translate service covering 90 languages, to the yellow-uniformed Yandex Eats bikers, often pictured battling their way through the snow with hot takeaway boxes strapped to their shoulders.

Yandex was part of the first wave of tech companies born in the early 2000s, providing slick, Western-style services of which Russia could be legitimately proud. Unlike gas and oil, tech wasn’t tarnished by ties to the gangster capitalists of the 90s. But the cautionary tale of Yandex is a typical one for a Russian company over the last twenty years – it simply got too big to avoid Putin.

Volozh and his colleagues offered seats on the board to a pair of Sperbank executives, in an attempt to avoid a hostile takeover by Alisher Usmanov, an oligarch with even closer ties to the Kremlin. The token presence of Putin’s men quickly morphed into something more insidious, as Sperbank demanded the exclusive right to veto transactions involving more than 20 percent of Yandex stock. They held this privilege for over a decade, beginning in 2009. For some years, Volozh and his partner, Tigran Khudaverdyan, denied that the so-called ‘golden share’ represented an existential threat to the company and its values.

The peculiar structure of Yandex’s flagship site shielded its creators from the changes to Russia’s media landscape, which started to become more obvious in the mid-2010s. Unlike outlets such as RT, which had their own newsrooms and published editorial content, Yandex News was an aggregator which only hosted links to other news sites. In theory, it should have been neutral. In practice, Yandex executives ended up signing a deal to publish only the stories approved by the Kremlin’s media watchdog, Roskomnadzor. Roskomnadzor was the invisible arm behind the persecution of Russian journalists, blocking certain internet sites, forcing outlets who criticized the Kremlin to carry a ‘foreign agent’ disclaimer, and driving countless writers and activists abroad.

When Russia invaded Ukraine, Roskomnadzor issued guidelines for ‘correct’ language, and journalists who refused to call Putin’s war a ‘special operation’ faced 10–15-year jail terms for spreading ‘fake news.’ Not all the remaining independent outlets survived the purge. Soviet-era radio station, Ekho Moskvy, closed on principle, and Nobel prize winning journalist, Dmitry Muratov, was attacked on a train, after being threatened by Rozkomnadzor. The consequences of Yandex’s dirty deal were finally apparent, and the board did their best to distance themselves from the Kremlin. But the damage was done – the EU sanctioned Yandex in June.

Yandex has fared better than many Russian companies because it has a lot of branches, some of which are almost strong enough to break away from the trunk. Yandex Eats, which is looking to expand in America with a Dutch partner, could reasonably argue that it had no role in spreading war propaganda. Back in September, Yandex even managed to sell its most controversial assets, Yandex News and Yandex Zen, to ‘Russian FaceBook’ VK. However, the Yandex search engine, which continues to block media from ‘foreign agents’ and thus provides Russians with a biased picture of the war, is still very much operational. Yandex Mail, via which Russia’s military elite communicate, is also up and running. The finances of all the branches of Yandex remain connected.

In the state of Michigan, Yandex operates a small fleet of driverless cabs. The expat employees, many of whom had friends and family in Russia and Ukraine, were rocked by the news of the invasion and pushed for independence from Moscow. Yet, they were still taking daily instruction from the Russia HQ. One morning, the Michigan team were all laid off, as Moscow struggled to send funds overseas following the banning of the SWIFT payment scheme. The licence plates were stripped from the test cabs, and Yandex’s American experiment ended with a jolt. The tech company did not set out to push Putin’s violent foreign policy, and Volozh himself fought hard for Yandex to become a respected global name. Globalism means expansion, and in Russia, expansion means paying the right people to look the other way. The regressive views Volozh criticized became imbedded in his platform’s very code, and there could be no more denying his complicity. Yandex will struggle to reinvent itself as a Western brand if its beating heart remains in Moscow.