Oligarchy in Russia: The Jaws of a dilemma 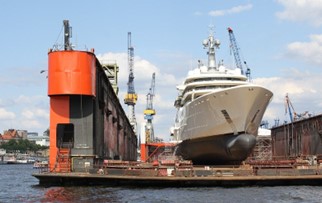 As Ukraine looks to rebuild both practically and socially (a reconstruction program requiring hundreds of billions of Euros is being put forward and there are tentative plans to restart the country’s football season), the biggest earthquake is yet to come. In an unexpected yet devastating move, President Zelensky has stripped Ukrainian citizenship from Ihor Kolomoyskyi, one of the country’s most powerful oligarchs, which now leaves the latter at very real risk of extradition to, and criminal charges in, the USA. This may be the first shot in a new front of the Ukrainian conflict: the acceptance that, in order to rebuild, the old power structures must be torn down if reconstruction is to mean anything.

There can be few arguments that Kolomoyskyi deserves censure. He has a litany of alleged crimes in the USA concerning money laundering and tax evasion, stole billions from a Ukrainian bank he was supposed to be running for the good of his country, and blew up an oil refinery belonging to a competitor purely to capitalise on being the only game in town. There is clearly an argument that he should face justice in Ukraine, but so entrenched are his power and influence in-country that any punishment would likely have been minimised or avoided. This way, Zelensky can prove he is taking a firm line against those that have damaged Ukrainian interests by removing the only thing that protected Kolomoyskyi from American extradition – his citizenship – and have a greater assurance that the oligarch will be brought to justice. Zelensky might also want to counter even the slightest accusation of favouritism or going soft – opponents have, in the past, described him as being ‘in Kolomoyskyi’s pocket’. Understandable given Zelensky got his start as a fictional President on the oligarch’s television channel.

But whatever happens to Kolomoyskyi – and it would seem that the Americans are welcome to him and intend to have him – the problems which he epitomised remain. It is somewhat glossed over in the light of all that has happened since February, but Ukraine has been an extremely corrupt state for decades sitting second only to Russia on Transparency International’s index of European corruption in 2021. Successive governments have adopted positions of increasing authoritarianism and state-sanctioned grand corruption, with the legal system either kept compliant in the case of judges, or underpowered in the case of anti-corruption and investigative bodies, and the tacit facilitation of organised crime.

Above everything, oligarchs have been a major political and economic force in Ukraine, in much the same way as Russia after the collapse of the Soviet Union: making themselves irreplaceable in terms of finance and influence, while cornering all the major industries for their own profit.

The Helsinki Commission (a US governmental agency monitoring security issues in Europe) stated in 2017 that ‘oligarchs have corrupted the state [of Ukraine] … competing with one another to steal Ukraine’s wealth’. This should not come as a surprise to anyone, but which was particularly apposite coming just a few years after the incursions into the Donbas began in 2014 with oligarchs being called on to fund the fightback. This time, the oligarchs volunteered pouring millions of dollars into the war effort and promising huge sums to rebuild every last piece of Ukraine. Oligarchs are not known for their altruism and will be looking to turn this situation to their advantage by making themselves (or rather their influence and wealth) integral to the idea of Ukraine continuing to exist as a sovereign nation.

For the businesses looking to rebuild and invest in Ukraine, even if one were to discount entirely the war and its consequences as far as safety and security are concerned, not much will have changed if the Ukrainian oligarchs are still able to wield as much power and influence as they did before and being as intrinsically linked to all the key industries and developments (not least through their funding of the same). Zelensky’s campaign of ‘de-oligarchizing’ understandably went extremely quiet as the reality of war unfolded, and his defenestration of Kolomoyskyi may indicate that there is real intent behind his desire; but one shark, no matter how big, being fished from the sea does not make the waters safe. When it comes to properly tackling the root causes of corruption, Zelensky is going to need a much bigger boat.