Rwanda-vision: hardly a marvel of Africa 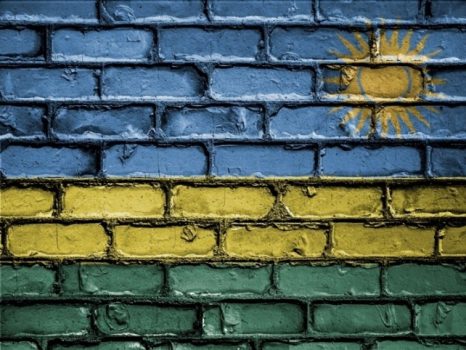 The UK government plan to send migrants and refugees to Rwanda, and keep them there, can be seen in one of two ways. Either it is a shameful attempt to pass the problem out of sight and out of mind, while throwing red meat to the rabid right-wingers propping up the Tory party, or it is a shining example of the kind of deal that can be done in a post-Brexit world. Admittedly, that is a Venn diagram with only one circle. However, let us put domestic politics aside, even for a moment, and examine Rwanda on its own terms, on the basis that what is good enough for the British government, should be good enough for British companies.

Rwanda is often described as a ‘donor darling’ – one that actively seeks (and receives) significant donations from governments and supranational institutions. Partly, this is out of an acknowledgement and guilt that the wider world did nothing to prevent the genocide of the Tutsis in 1994 (or indeed the wider civil war) and is thus attempting to offer redress through financial donations now; and partly it is out of approval that in Rwanda, certainly when compared to other African nations, the money seems to work. The World Bank has reported approvingly on ‘economic and structural reforms’ that have pushed the nation into planning for Middle Income Status by 2035, living-standard and educational improvements, and relative political stability – with 61% of Parliamentary seats being filled by women in a genuine coup for equality. Such economic growth both fuels, and is fuelled by, the donorship, and has created an environment where not only is economic growth causing key sectors such as mining, tourism, and agriculture to flourish, but where the government is actively looking to loosen regulations on business and encourage further investment in key industries and the private sector. With the Kagame government aware that, while social and economic development is seen to occur then political legitimacy is ensured, businesses and investors can be broadly confident that their interests will be welcomed by Kigali.

And yet. For every silver lining in a cloud, there is a thunderstorm, and Rwanda is drenched in red flags and problems. For a start, there is the political sphere: President Paul Kagame is accused of rigging multiple elections (most recently securing 99% of the vote) and purposefully manipulating poverty statistics in order to keep the money flowing (with the World Bank, Rwanda’s largest donor, doubling its funding after that third election win), as well as ordering the assassination of spy chief and political opponent Patrick Karegeya in 2013. Repression and human rights abuses are off the charts: at any given time, thousands of dissidents and political prisoners are detained or ‘disappeared’, with reliable reports of torture and rape, in addition to carrying out extrajudicial killings worldwide in an attempt to keep the ‘good name’ of the Kagame government intact. The UN’s Human Rights Council formally identified Rwanda as inadequately dealing with human rights reforms and recognitions with the legacy of the genocide still looming large.

Moreover, while there has been genuine progress in Rwanda in tackling large-scale and petty corruption alike (raising the country twenty points up on the Corruption Perceptions Index to 47 over the past twenty years and putting it well ahead of both African and global averages), this is set against two interlinked contexts. Firstly, if such successes are only brought about as a result of a brutally repressive regime on the political & social fronts, then this underpinning of authoritarianism should prompt soul-searching on the part of any interested businesses. Second, if ‘the state’ is so embedded in the social and economic life of Rwanda then it has some degree of freedom to embark upon certain corrupt practices and cronyism – with institutions like the World Bank ‘in too deep’ to turn on Rwanda and admit that this developmental success is not so strong after all.

The British government knows this. A 2021 UN human rights conference in Geneva saw the British delegation castigate Rwanda for its history of abuses and suppression. One year later, Rwanda was now ‘one of the safest destinations in Africa’. This is the kind of country that ‘global Britain’ is now looking to forge ever-closer ties with: one where the media are either slavishly compliant or muzzled, where political opponents are suppressed and where authoritarianism is the order of the day. It is not so much convenient for the British government, as it is aspirational.

It always used to be that ‘discussing Uganda’ was double-speak for reporting on sexual indiscretions. Now, given the migrant deal and the distasteful reality of the country, it may be that ‘the Rwandan agreement’ is the new code for being roundly screwed.