Saudi Arabia: End of an era? 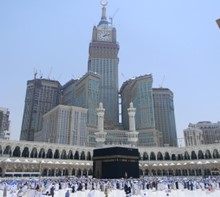 Is one of global politics’ most special relationships about to come to an end? Not the one between the USA and UK, but between America and Saudi Arabia. For decades, these two have been close allies on everything from global oil stability to facing down Iran, a relationship not even 9/11 could interrupt. Now, though, the camaraderie may be fatally wounded, with major implications for regional and international security and economics alike.

The alliance between Washington and Riyadh, which grew steadily during the Cold War, truly began to flourish during the first Gulf War and has, in part, defined the Middle East to the present day. The baseline was oil, particularly with World War Two, and the post-war industrial explosion of the US that required it in ever-increasing quantities. But there was politics too: America offered significant support to Saudi Arabia as the regional leader of those Gulf countries opposed to Iran’s nuclear and political ambitions, while the military support during the first Gulf War is now manifest in permanent troop deployments and bases. So close was Bandar bin Sultan al Saud (former Ambassador to the US) to the Republican administration at the turn of the millennium that he was affectionately nicknamed ‘Bandar Bush’.

Recent events have, however, strained the relationship. Following his inauguration as President, Joe Biden indicated to Crown Prince Mohammed bin Salman (MBS) that he held him personally accountable for the assassination of journalist Jamal Khashoggi, and that there would be no further direct contact between them. Increasing American criticism of the Saudis’ role in the war in Yemen, accompanied by Biden’s declaration that the Houthi rebels would no longer be considered terrorists, soured relations further. But the tipping point was still to come – the Russian invasion of Ukraine. America flatly demanded that Saudi Arabia double its oil production in order to make up the shortfall no longer coming from Russia. Not only was this impossible from a financial point of view – it was seen as an example of the USA going too far in their exertion of hegemony and imperialism over the Middle East, particularly when coming from the least popular US President in the Middle East since the 1970s.

But this is not just a case of the Saudi position drifting from America’s, it is a matter of wanting (or needing) to stay close to Russia as well. Riyadh imports Russian oil via Egypt (which is not in contravention of sanctions) and the two have an alliance (OPEC+) which, as they are the two largest exporters of energy in the world and have considerable power and combined influence, will take more than a war to break. Saudi Arabia has always taken pride in its role as a regional leader and a facilitator between the Middle East and the rest of the world – cutting itself off from major players such as Russia, China and India, would do it little good from a domestic point of view (and indeed local press has been nonpartisan for the most part, although it has followed the Kremlin’s line of a ‘special military operation’ rather than a war). Moreover, Saudi Arabia has designs to join the BRICS nations grouping and the Shanghai Cooperation Organisation, in both of which Russia and China are major players, a move which could prevent Iran doing so first. Riyadh sees staying onside with Moscow as a priority– a position which may put American noses out of joint. For leading figures in Saudi Arabia, this may be viewed as a side effect, or as a separate issue.

Eventually, something will have to give. Saudi Arabia has its detractors in the Middle East, gaining some respect due to its guardianship of the Holy Places but attracting criticism for its perceived attempts to exert political and economic dominance; the unquestioned support of the USA has gone a long way to enshrining this Saudi superiority. Should international relations be seen to falter, the Middle East neighbours might be more willing to move against Riyadh. Already, the Kingdom’s public announcement of last year, that foreign firms operating in the Middle East would have to move their regional bases to a Saudi city or risk being cut out of the KSA market completely (seen as a forceful attempt to further regional dominance), was met with disapproval. Ultimately, the question that Saudi Arabia (or more precisely, MBS) must answer is: can American relations be normalised in an increasingly polarised and ‘side’-dependant world? It is not only the issue of Khashoggi and the USA’s growing boldness in speaking out on human rights issues, but perceptions of whether America – which is withdrawing certain direct missile support from the Kingdom in response to the ongoing Houthi conflict and has (according to Riyadh), not done enough to revitalise the Iran nuclear deal – is truly committed to securing Saudi security in its former manner. If MBS believes that a balance is no longer possible, then deeper alliance with China, Russia et al will be the only course open if Saudi Arabia is to retain its international prestige and regional superiority.

The consequences will ripple around the world. Businesses already cautious of investing in Saudi Arabia may be doubly so if the Kingdom tightens its ties with China and Russia, and the ‘us vs them’ attitude on everything from corporate opportunities to human rights, will become ever more pronounced.

However, global realities may push corporations to Saudi Arabia by default, in which case, some might comment on the twin risks of not only seeing sanctioned Russian figures working in partnership with Saudi individuals and corporates in support of the new alliance, or – if Riyadh chooses to largely ‘go it alone’ – an untethered Saudi Arabia with little to prove and no-one to be accountable to. When balance is impossible, Saudi Arabia can be relied upon to tip the scales in its favour.