Threats to world peace: Made in China 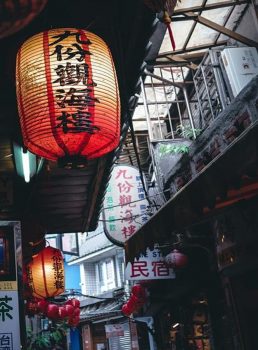 While Russia is public enemy number one due to its invasion of Ukraine – and understandably so – there is a risk that other bad actors will slip under the radar as the Russian bogeyman dominates the international conversation. This is a risk confidently met by the heads of MI5 and the FBI who, in an extraordinary press conference earlier in July, made it clear that as far as they were concerned, the single biggest threat to global security is China. This speaks to the deeper truth that the Ukrainian invasion has arguably obscured: that in terms of global threats, the world may be looking the wrong way.

Nobody can deny that Russia is a state guilty of war crimes and a threat to global peace and stability. However, Putin’s aims are relatively regional, his most threatening card (nuclear weapons) unlikely to be played, and his limitations of resource reliance and military weakness, have been exposed. Russia has always sought to restore her Soviet status as a superpower, with the conquering of Ukraine intended to be the biggest step yet, but, in reality, events have merely confirmed Russia’s position as a second-string state with little true power outside its region, or through any means other than war.

China, on the other hand, is a completely different story. Uninterested in equating power with military force (except for Taiwan, of which more later) it has achieved a ‘quiet superpower’ status by essentially becoming the world’s factory and an unavoidable partner (particularly for the developing world) in finance and technology. However, while Russia has seemed happy to set itself up in outright opposition to the West, China deliberately pursues a ‘Guanyin’ strategy, named after the famous multi-faced statue on Hainan Island: showing one face in public of generosity and engagement, whilst working behind the scenes to interfere with local politics, steal intellectual property and data from major companies, and just generally disrupt the world. Her actions in this realm are well-known: as was pointed out in the joint MI5-FBI conference, Chinese attempts to steal Western technology and know-how are both frequent and burnished by the reality that major Chinese businesses operating abroad are effectively arms of the state who will do what they are told, and this confers political influence advantages (in developing nations), as much as it does opportunities to commit economic and corporate espionage.

China is also a world-leader in cyber-espionage, and this element of its arsenal is both just as state-sponsored as traditional corporate espionage and predicated along the same ‘Guanyin’ lines of quiet disruption. Back in February 2022, the ‘Daxin’ malware was discovered that had, for ten years, been sitting on systems worldwide, quietly feeding information back to Beijing while doing absolutely nothing overt. While Russian hacks prefer to shut down systems or cause very public disruption, the Chinese way is to simply sit back, and watch, and wait. Cyberwarfare is now the main thrust of China’s military & intelligence complex following Xi Jinping’s open commitment to the ‘fusion’ of military and civilian institutions alike in service to developing cyber-capabilities. The testimony heard by the US Congress that Beijing exploits more zero-day vulnerabilities (new exploits and weaknesses that are not recognised by anti-malware software and for which there is no immediate defence, making them the most effective tool in a hacker’s arsenal), than any other nation, and that her capabilities outstrip even Washington’s, is timely. Not for nothing does the parable about sand hold true – that if asked to gather sand from a beach, Russia would send in a single strike team in the dead of night and scoop it all out, while China would send a thousand people along the beach in broad daylight who each simply pick up a single grain. It is often the quieter threat which is the most serious. Hence the warning by MI5 and the FBI that ‘China is set on stealing technology… whatever it is that makes your business tick… to dominate’.

The question remains of Taiwan. Hong Kong is regrettably no longer an issue, with hopes that the increasing oppression and human rights violations in a supposedly separate province would compel the world to take a stand, and thus China a step back, looking completely unfounded. Certainly, in light of the invasion of Ukraine, Beijing might have second thoughts about the wisdom of a physical conflict – but the counterargument is that this was never its intention, despite the occasional hint and the concomitant build-up of military presence and influence across the South China Sea. China knows that the real battle will be fought across boardrooms and the cyber-sphere, with military sabre-ratting essentially just a distraction technique. To Beijing, after all, there is no distinction between companies and the state and no barriers to how the goals of either are to be achieved. For the rest of the world, a sobering reminder that the ‘Guanyin’ Buddha is always looking in another direction.