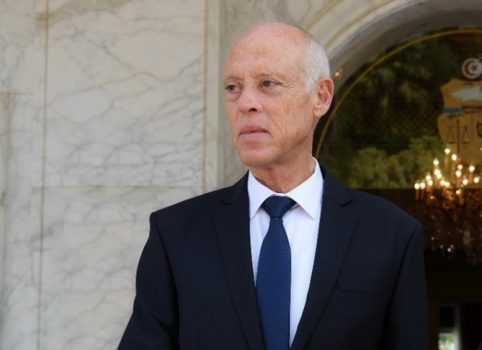 Tunisia has approved a new constitution and is expected to hand over full control to its strongman president, Kais Saied. Saied has already suspended the country’s independent judicial body, while his new powers would enable him to personally hire and fire ministers – including the Prime Minister. Voters met the proposed reforms with a collective shrug. Turnout was as low as 30 per cent. With the turbulence of the Arab Spring already a decade behind us, analysts are asking is this the final curtain for democracy in the Maghreb? And if so, who is to blame?

Mr. Saied, in power since 2019, hails from a family of middle-class intellectuals, and has penned several works on constitutional law. His focus on security issues and rather monotone use of classical Arabic in his speeches have earned him the nickname ‘RoboCop.’ He is a social conservative, with a regressive stance on homosexuality, women’s rights, and the death penalty. Despite his unassuming manner, Saied seems set on a path to consolidate Tunisia’s power vertical. Echoes of Ben-Ali – Tunisia’s former dictator ousted in 2011 after a 23-year reign – are doubtless uncomfortable to the country’s liberals. Yet resistance has been slight. With the exception of the judges – who took to the streets in February to defend the Supreme Court – people have largely accepted the new status-quo. In all likelihood, this is a result of fatigue. Tunisia has seen no fewer than ten governments come and go since the Arab Spring, with continual political infighting adding to the nation’s economic woes.

Tunisia was where the Arab Spring begun. When a Ben-Arous fruit vendor set himself on fire in December 2010 in protest against the authorities, civil unrest rippled across North Africa, unseating dictators in neighbouring Egypt and Libya. The protesters – often young, upwardly mobile and tech-savvy, wanted free elections, free press, basic property rights, and an end to the corruption and economic inequality endemic to the region. As recent years have seen authoritarian backsliding in Cairo and Tripoli, Tunisia is sometimes held up – cautiously – as a success story. However, the real-term impact of democratisation has been slow to take hold. Inflation, unemployment, and foreign debt are up, while the Tunisian dinar is down. The pandemic, poorly handled by the government, has made the situation worse.

At the time of the revolution, many believed that democracy would ring in a new era of western affluence; when inequality persisted, disillusionment grew. The absence of political parties in Tunisia hasn’t helped matters – even the current president is a party-less outsider. While there is no reason why an independent candidate cannot lead a successful and stable government, an ideological vacuum surrounding already weak institutions leaves the system vulnerable to hijack by authoritarian figures – or by religious extremists. On a philosophical level, this lack of shared values makes it more difficult for ordinary Tunisians to mobilise, and to say: ‘this is who we are, this what we believe, this is what we fought for.’ For voters frustrated by annulled ideological U-turns, Saied’s political vision may seem coherent; his determination to remain in the saddle reassuring.

Businesses with interests in Tunisia may be sighing with relief, as Saied has secured a long-sought rescue package from the IMF. The country’s key industries – petroleum, agriculture, olive oil, tourism – have faced a chaotic few years and recent developments promise some return to normality. However, limited growth is to be expected. Saied has expressed little interest in the economy and is yet to announce a strategy to increase profit or tackle unemployment.

It is too early to conclude that democracy has failed in Tunisia. Activists point out that it is not uncommon for lasting democracies to go through periods of regression, or even the temporary return of earlier systems – France’s volatile nineteenth century being an example of this. Given that Tunisia is bordered by heavily militarised non-democracies, it is in some ways remarkable that civil society has persisted for as long as it has. Tunisia was the only North African country rated ‘Free’ by Freedom House from 2014-2020. Nonetheless, economic strife has a habit of driving fledging democratic nations back into the arms of autocrats, and Tunisia’s need for stability may come at a price. If the past twenty years in Russia and China have taught us anything, it is that autocrats are often welcomed in through the back door, via careful legislation that trades freedom for security, an inch at a time.